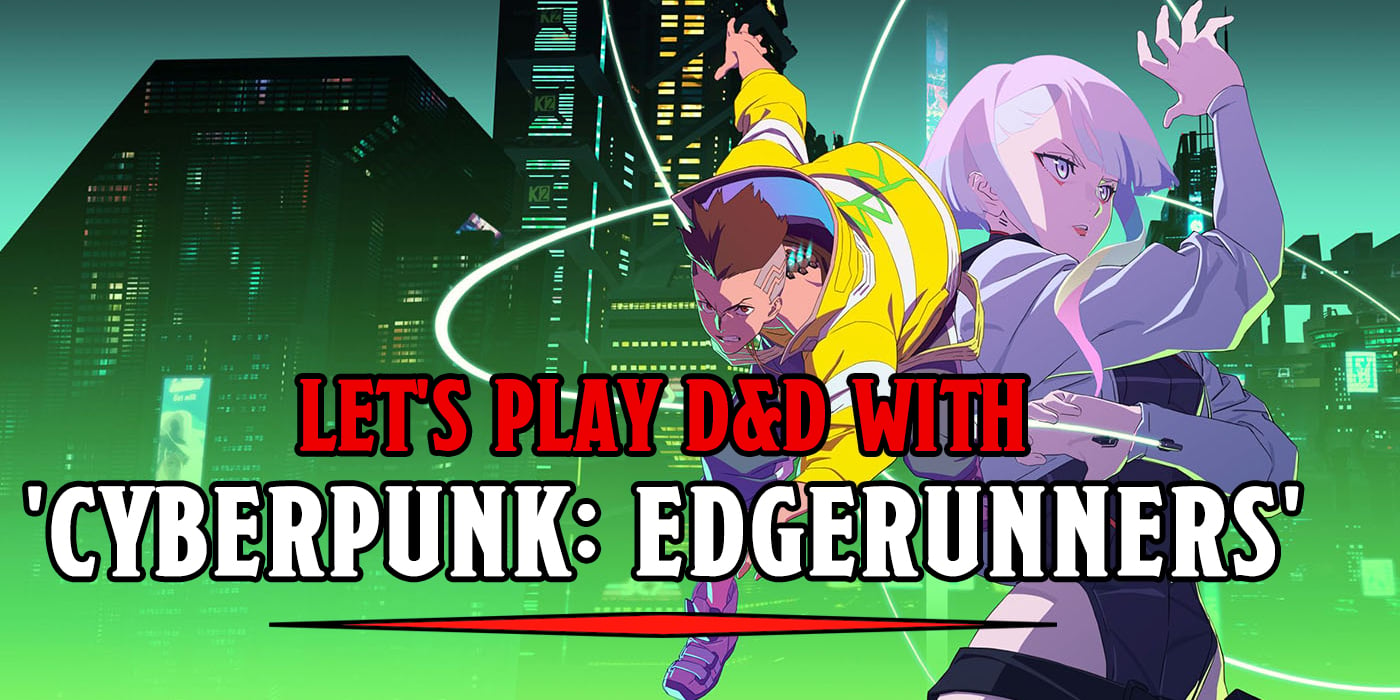 Install all of your upgrades and find your crew. This week we’re making D&D a little more chrome with Cyberpunk: Edgerunners.

Cyberpunk: Edgerunners is one of the most popular shows on Netflix right now and one of the most talked about animes of the moment. The gorgeously flashy animation and bleak dystopian setting perfectly framed a story that would probably feel more at home in a game designed specifically for a Cyberpunk setting. Mike Pondsmith’s standalone TTRPG, Cyberpunk, for example. Or its 2020 edition, Cyberpunk Red which was designed to serve as a direct sequel to the Cyberpunk 2077 video game.

This sheet and the explanation for it will include a few spoilers for the end of ‘Cyberpunk: Edgerunners’. This includes what David’s powers are, and his reaction to them. You may immediately notice that there is a lot going on on this sheet. This character isn’t double-classed. He’s triple classing. Usually, I don’t think this would be a recommendable way to go about making your character. It’s a lot to juggle, a lot to keep straight, and a lot of core stats to make sure are high enough to allow for all of those additional classes.

But his fellow Edgerunners didn’t think David’s constant upgrades were a good idea, either so here we go. 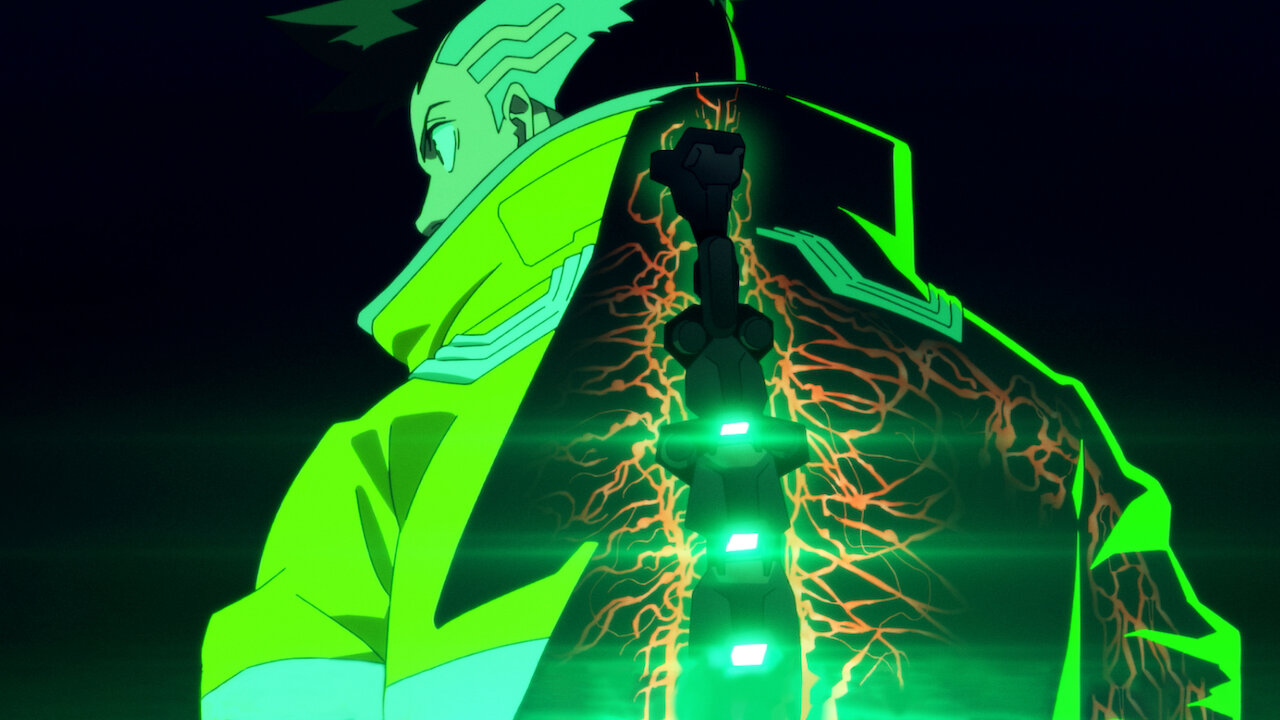 This is a character who had an entire evolution in twelve episodes, so I wanted his character sheet to represent that a little. We start out with a pretty standard Rogue Thief. He’s got all of the greatest Rogue standards.

But after David’s mother dies he suddenly turns hard in another direction and starts enhancing the heck out of himself. He’s also an incredibly smart character, both on the sheet and in the show. So with his smarts, sudden emancipation, and access to endless tech means we take a turn towards Artificer.

From here David goes through quite a few upgrades very quickly and with no consideration for his own well-being. We’ll get to the latter part in a moment. But for the upgrades themselves, we made sure they were represented on his sheet with an Armorer subclass and an Infiltrator Armor Model. Powered Steps give him a little extra speed and Lightning Launcher acts like some of the super weapons he’s suddenly strapped with by the end. His cyber super-speed in the show isn’t quite captured by this relatively small boost. But he’ll definitely be one of the fasted party members on the table. 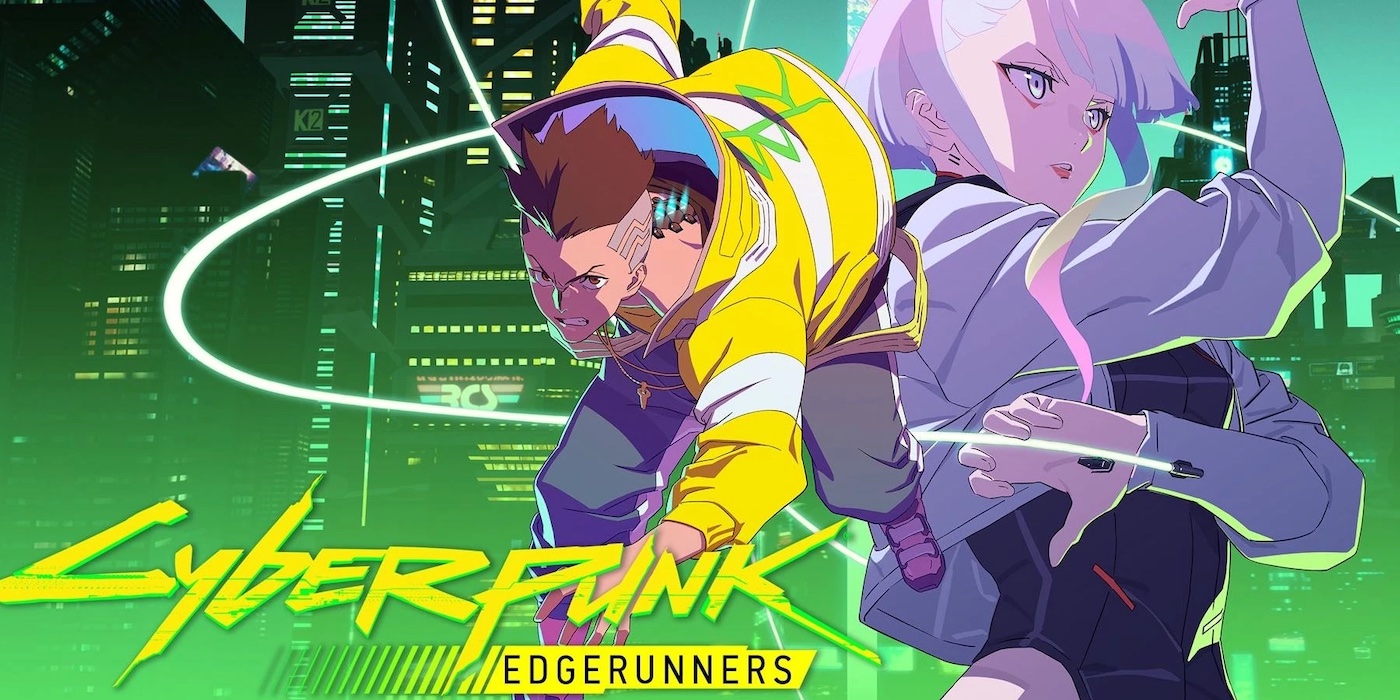 I’d considered giving him a few classes in Monk as well for even more speed. But I decided against it in the end because Unarmored Movement requires a lack of armor… Which wouldn’t work for David.

As we increase his powers and tech and work towards the end-of-the-show David, he gets dangerously close to scumming to Cyberpsychosis. In fact, a few times he does lose control for short bursts of time. Which is on-the-nose Berserker Barbarian. Rage, Reckless Attack, and Frenzy are all mostly controllable by the player and come with a helpful little attack bonus. But a Barbarian’s Rage is the closest we’re probably going to get to a player character going cyberpsycho at the table.

Have you watched Cyberpunk: Edgerunners yet? How would you make David for a D&D setting? Would you play a cyberpunk game in a D&D system and if not what’s your favorite game for the genre? Let us know in the comments! 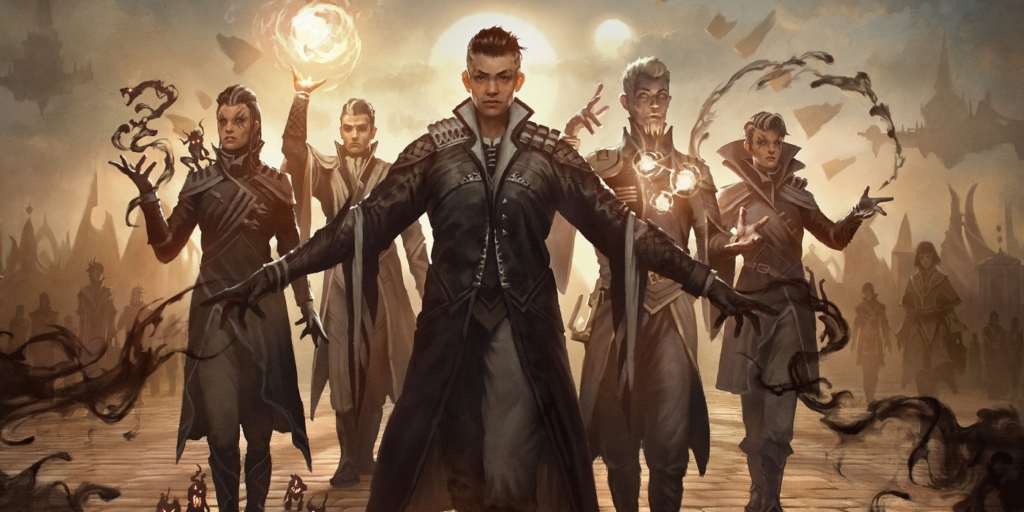