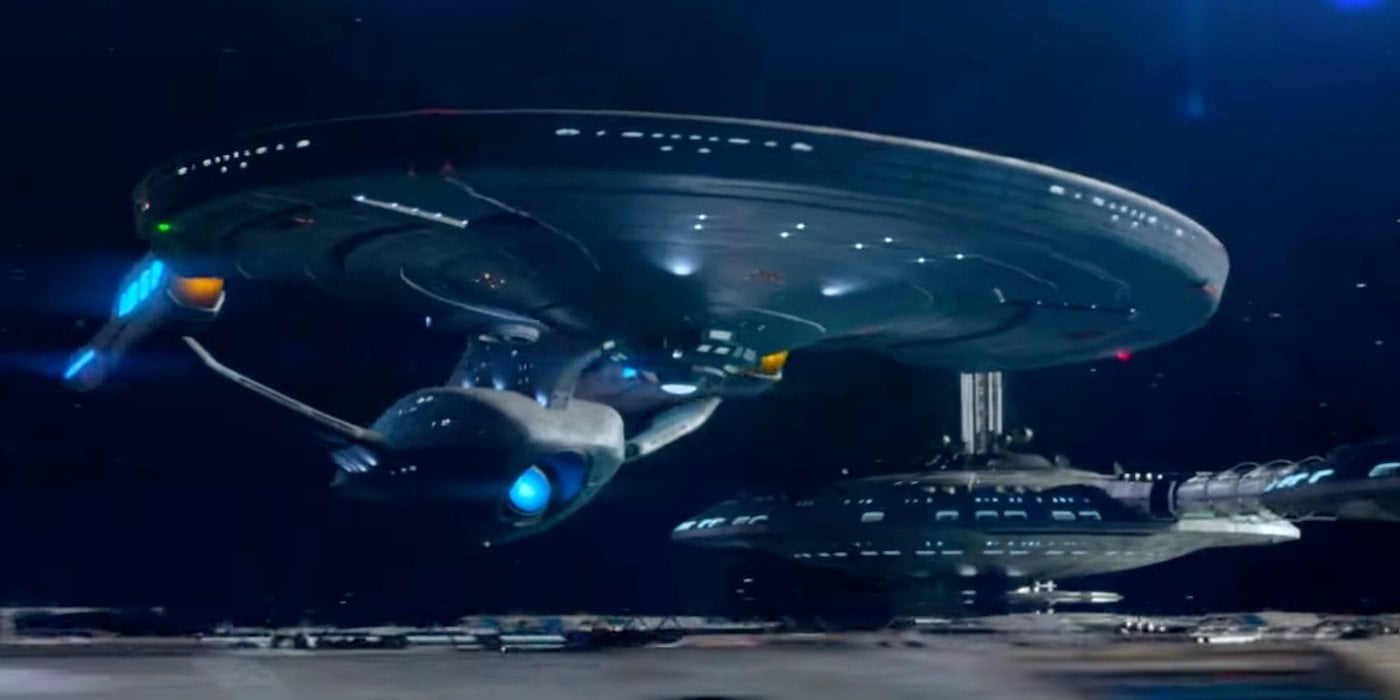 The final season of Picard brings a new ship to the screen. The Titan-A has a history, one that’s honored in its observation room.

The USS Titan-A debuted in the latest trailer for Picard Season 3 on Star Trek Day. It’s the second Titan in the franchise. The first was captained by William Riker in the non-canon stories in the late 1990s. It was eventually added to the continuity of Star Trek: Nemesis. It’s become a bit of a fan favorite. The ship with Riker at the helm was most recently seen on Lower Decks.

The lack of a Federation Starship in the first two seasons is being remedied. The Titan-A is a Neo-Constitution class or Constitution III, so it is different from its predecessor. It’s a classic exploratory vessel and showrunner Terry Matalas called it an underdog. He spoke with TrekMovie.com about the ship in more depth…

“So, the idea was that after the Luna class’s legacy run with Riker, that ship was damaged and retired. Some of the systems were refit and put into this new Titan, the Titan-A. You’ll see in the season, that in the observation room, we honor the previous Titans that have come before. You’ll see a gold model of the Luna class USS Titan as seen in Lower Decks, which was designed by Sean Tourangeau. And we even see a previous incarnation from the TOS movie era. We’ll see that there was a Titan that was a bit of a Constitution class as well, the original Shangri-La class [designed by Bill Krause].”

Based on some interior shots taken by crew members, the bridge is a redress of the Stargazer from season two. Effects designer Doug Drexler has said that a lot of the LCARS panels are OLED monitors these days, making them more versatile than the old backlit transparent plastic sheets. You can check out more behind-the-scenes photos here.

The TNG cast is joining Picard on his last mission. A synopsis hasn’t been shared, but it has been revealed the villain is female and the writers’ room took great inspiration from Khan Noonien Singh. All the Trek greatest hits are coming out for this one.

Author: Mars Garrett
Pop culture staff writer that has been on the BoLS team since 2010. Contributor on the One of Us podcast. Marvel, Vertigo, and dystopian sci-fi fan. Enjoys bad movies, amazing stunt performances, and the internet. Hates rom-coms. (she/they)
Advertisement
Movies and TV Pop Culture Sci-fi Star Trek
Advertisement

'House of The Dragon' Episode 5: Ruined By the Ending