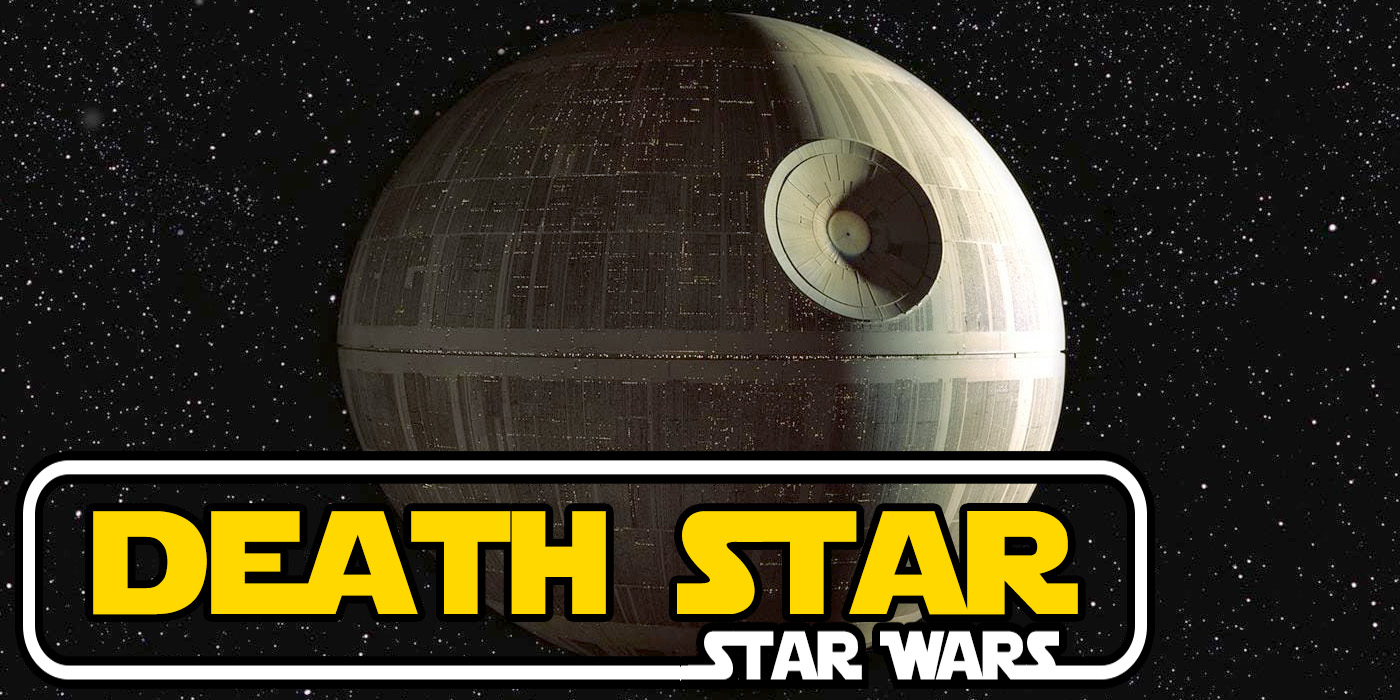 It might be insignificant next to the power of the Force, but this battlestation instills fear nonetheless. We break down the Death Star.

The Empire understood that the galaxy was big. Too big to be everywhere at once. This is why it needed far-reaching tools to govern its Galactic Empire. Tools like fear.

And no tool was as indispensable as causing fear as the technological terror known as the Death Star. Officially titled the DS-1 Death Star Mobile Battle Station or DS-1 Orbital Battle Station, the Death Star cast a looming shadow over the galaxy. Touted by the Empire as the ultimate power in the universe. Feared by Rebels who had no way of repelling firepower of that magnitude. The Death Star, ever distant, was a threat enough to keep the local governors in line. No Republic Senate required.

But where did this Battle Station even begin? Cue up “The Imperial March” and come with us as we take a look back at one of the most powerful weapons in the Imperial Arsenal.

The Siths & Their Superweapons

It speaks to the philosophy of the Sith that the Death Star was not even the first planet-destroying superweapon conceived. The Death Star was a new development for the Galactic Republic. But thousands of years prior, ancient Sith had their own superweapons in development. The planet Malachor, for instance, was destroyed by a powerful weapon stored in a temple and powered by a Khyber Crystal and Sith Holocron.

And, in the waning years of the Clone Wars, the development of the Death Star was carried out in secret. And on both sides of the Republic/Separatist conflict. The DS-1 originated from Geonosis. There, Geonosian weaponsmiths under the directives of Poggle the Lesser refined plans given to him by Count Dooku. Then it was called “Project Stardust”.

After the Battle of Geonosis, Emperor Palpatine used the plans that had been ‘exposed’ to force the Galactic Republic to work on the device in secret. They used the excuse that they must develop a superweapon before the enemies of the Republic could.

Frightened Republic officials were eager to give Palpatine full funding for the project. It was carried out by a conglomerate of corporate factions, including the Trade Federation, the Muunilinst Banking Clan, the Techno Union, and covert factions within the Republic. Its construction is one of the best-kept secrets in the Galaxy. Palpatine pulled monumental strings to ensure that the battle station was developed without anyone’s knowledge – least of all the Jedi.

Using the Emergency Powers Act, Palpatine ordered the plans to be carried out. It was constructed across multiple facilities, including the Geonosians who would work under one Orson Krennic. That name features heavily in the Death Star‘s history.

And the work they did was a monumental success. Plans for the battle station were kept secret for most of the project’s development. It’s a testament to Palpatine’s power that the soon-to-be Empire was able to conceal such a construction. The Death Star is massive. 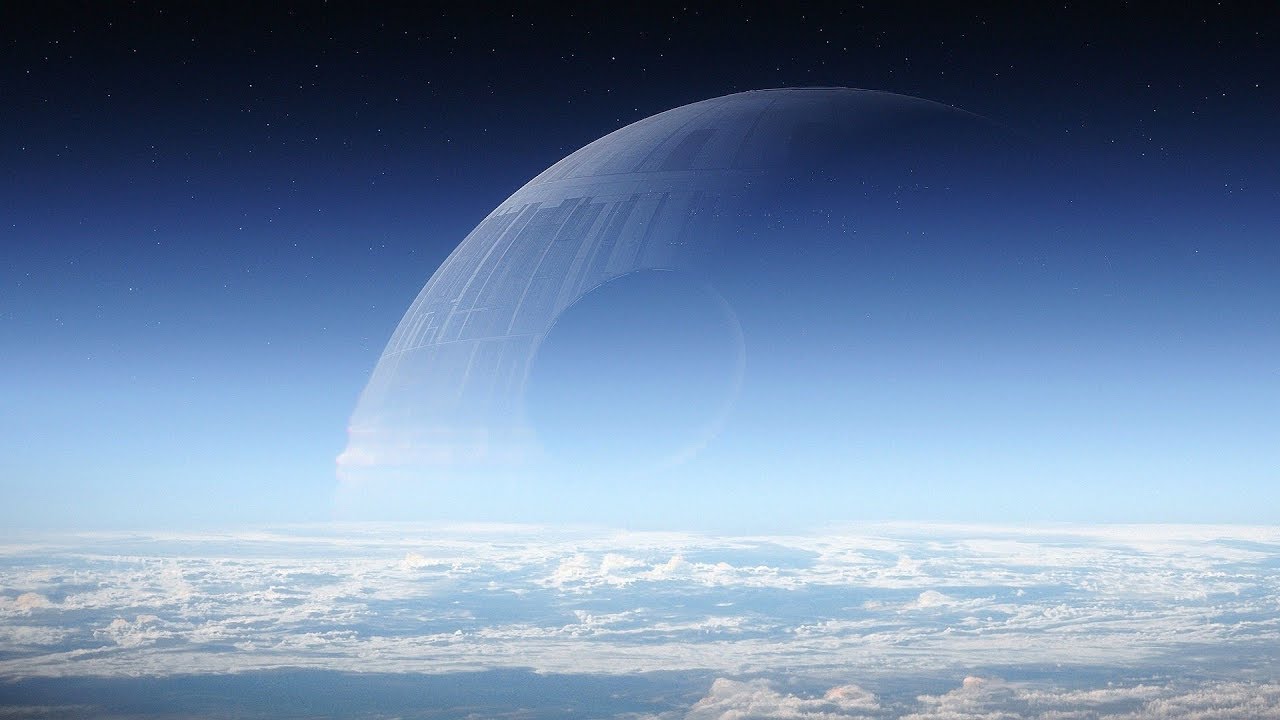 It measures 100 miles in diameter and has 357 internal levels. That covers a surface area of more than 45,000 square kilometers. The concave dish in its northern hemisphere is larger than in many cities. It serves as the emitter for the station’s most terrifying weapon. And it’s a testament to Imperial arrogance that the command bridge for the station has an overlooking view of this emitter. That way, officials and visiting “guests” can witness its firepower.

The Death Star is also a military base, with many docking ports situated within its equatorial trench. The station is large enough to house docking and hangar bays for every other craft in the Imperial fleet. That includes mooring platforms for Imperial-class Star Destroyers. Its “crust” is habitable, housing command centers, armories, maintenance blocks, and several artificial atmosphere stations. Plus, it has water recycling stations to allow for the internal atmosphere to remain consistent. 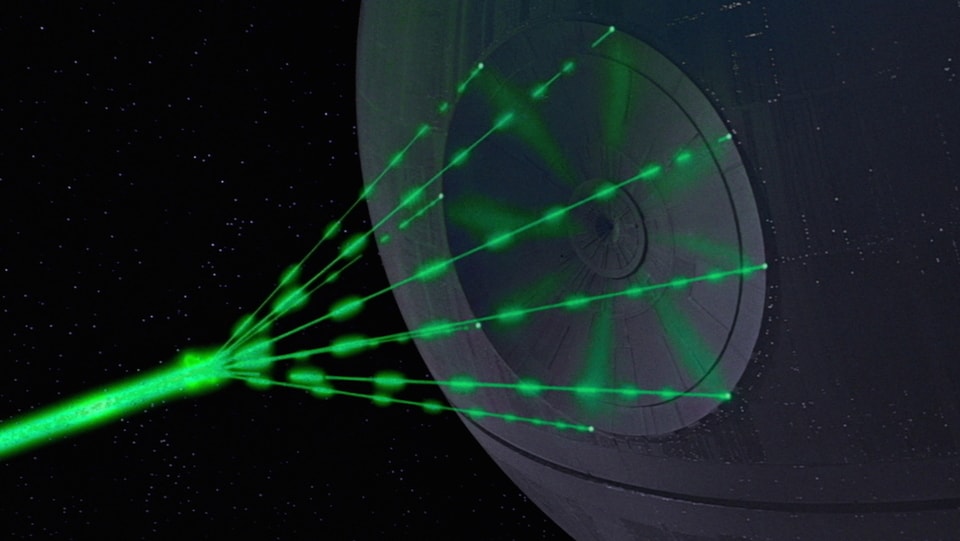 The Weapons of the Death Star

But while the logistics of the Death Star are impressive, it’s the weapons that make it deadly. The most powerful weapon employed is the Death Star‘s superlaser. Powered by a hypermatter reactor and focused through khyber crystals, this superlaser is capable of destroying an entire planet. In order to safely channel enough energy to power such a destructive beam, eight different emitters had to be fired and precisely aligned. Otherwise, a dangerous buildup of waste energy might be sent back into the Death Star‘s main reactor.

But, on top of that, the Death Star is covered by 15,000 turbolaser batteries. Add to that 768 tractor beam emplacements, in order to repel an entire fleet of attacks. Shield projectors and communications arrays built onto the station’s surface were able to screen firepower from capital ships.

And a Cozy Home for Troops, Too!

For Starfighter defense, the battle station could hold several compliments of TIE Fighters. Each staging area maintained at least twenty TIE crafts ready for immediate deployment at all times. As far as personnel goes, the Death Star housed 342,953 members of the Imperial Army and Navy. It also held 25.984 stormtroopers, and nearly 2 million personnel of varying combat eligibility.

And for those Imperials posted there, the Death Star was actually a relatively cozy assignment. Personnel often received creature comforts not present on most Imperial postings. Decent food and cantina space, commissaries full of expensive treats and luxury. Recreation areas galore, and that’s not counting unauthorized use of the station’s zero-gravity filtration system. 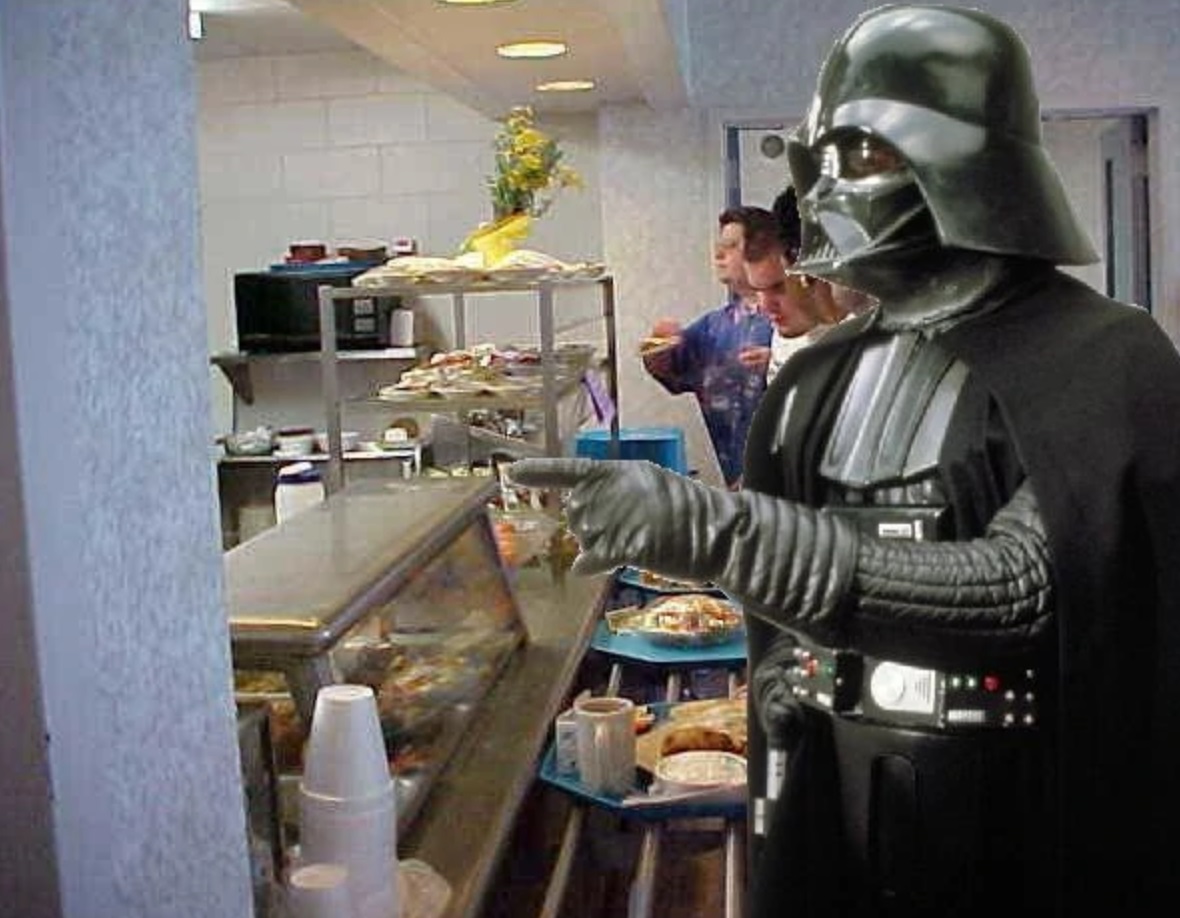 Can’t keep a tray dry though.

The Death Star was designed to spread Emperor Palpatine’s power. It was meant to be a constant reminder of the power of the Dark Side of the Force. But like all things dominated by the Dark Side, it leaves one arrogant and self-assured. And blind to the smallest, but most important weaknesses.

And even then, the power to destroy a planet is insignificant next to the power of the Force. 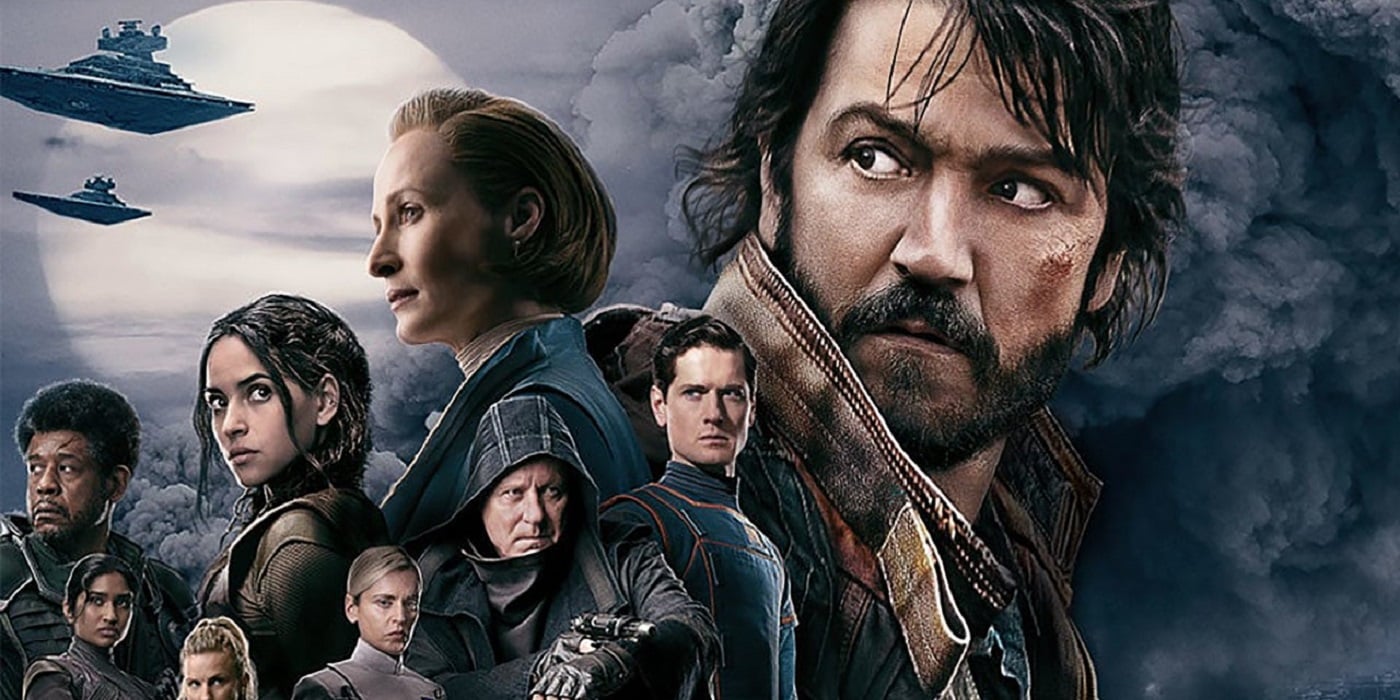