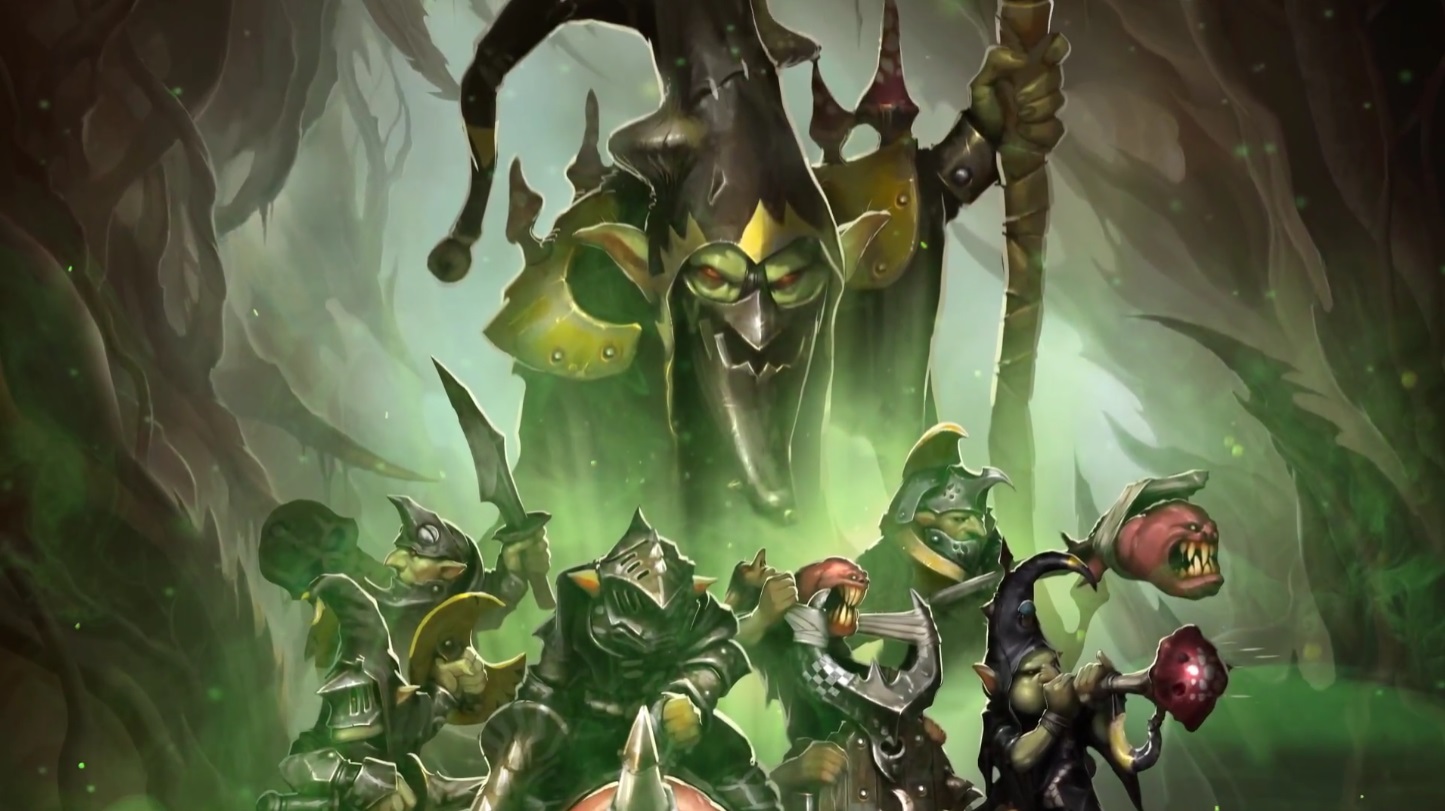 Games Workshop revealed new models coming to both Necromunda and Underworlds — send in the Skirmish Games!

If you’re a fan of smaller scale Skirmishes then get ready for the new stuff coming for Necromunda and Warhammer: Underworlds. Both are getting some new additions to their range and both sets are getting me to root for these underdogs. 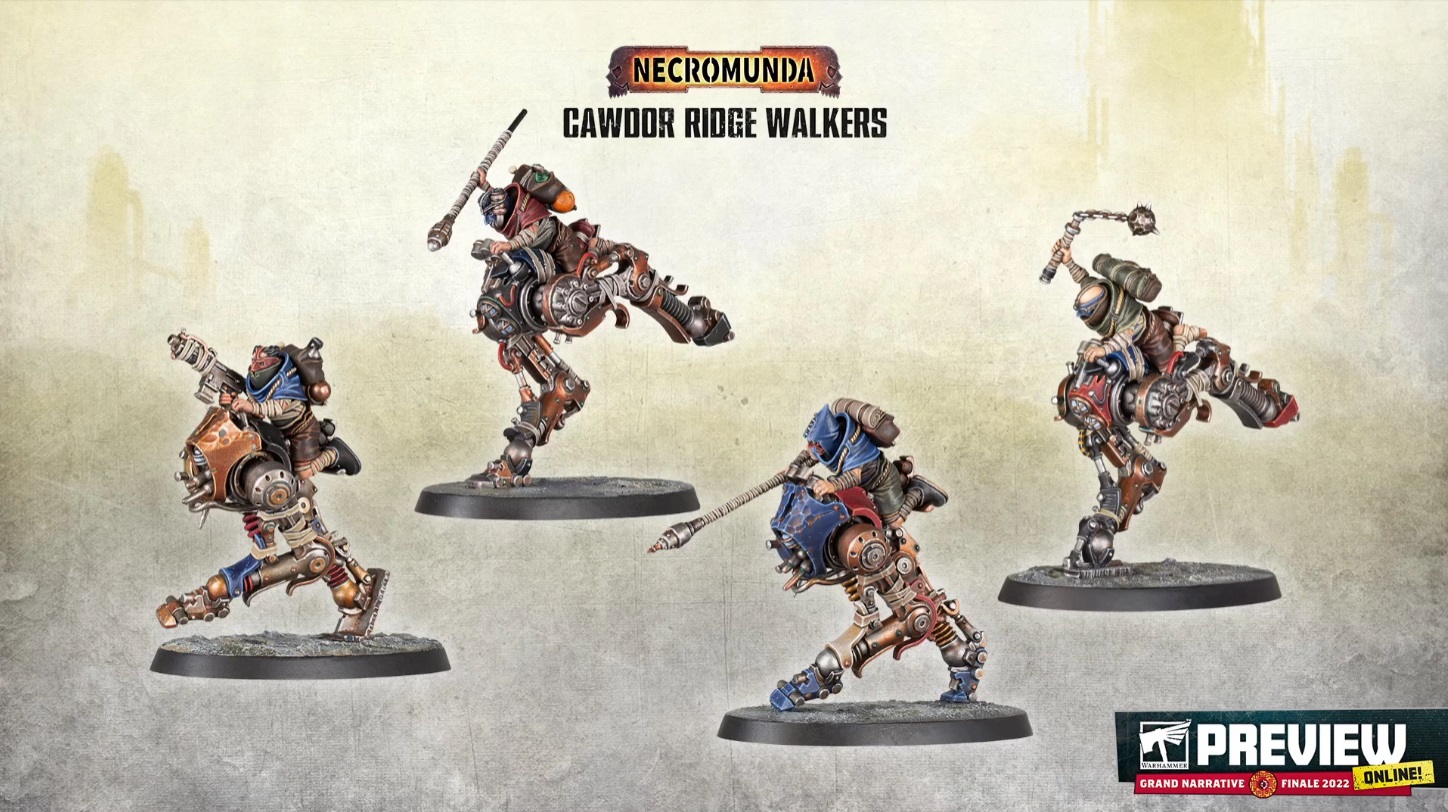 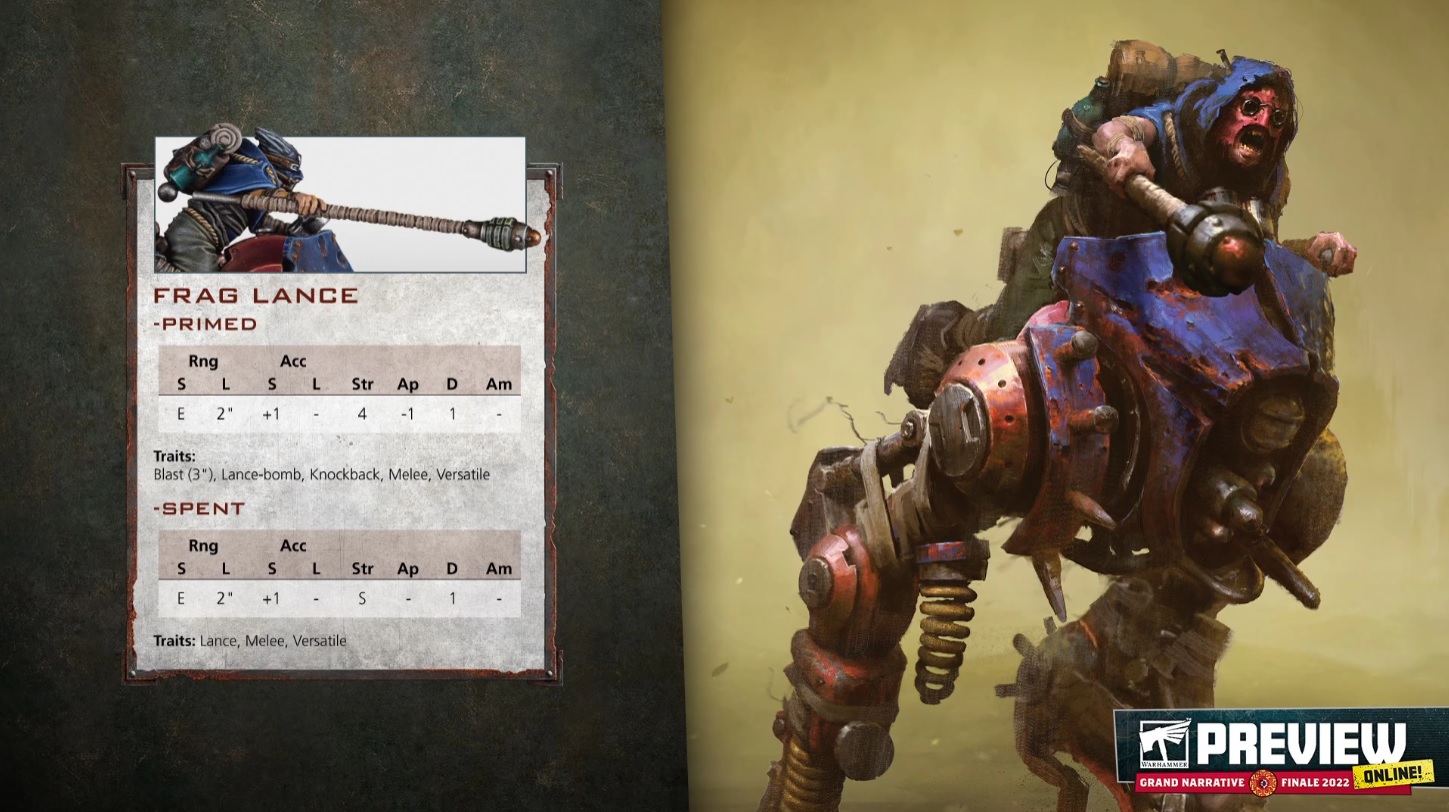 These scrappy mounts are built from, you guessed it, scrap by the Cawdor gangers that ride them. It’s funny — I’ve been saying that I hoped they would get some sort of scrap-made walker like an Armiger or Knight. And yeah…these totally fit that concept! I guess GW really does want me to start that Cawdor “Army” for 40k with these new Ridge Walkers. 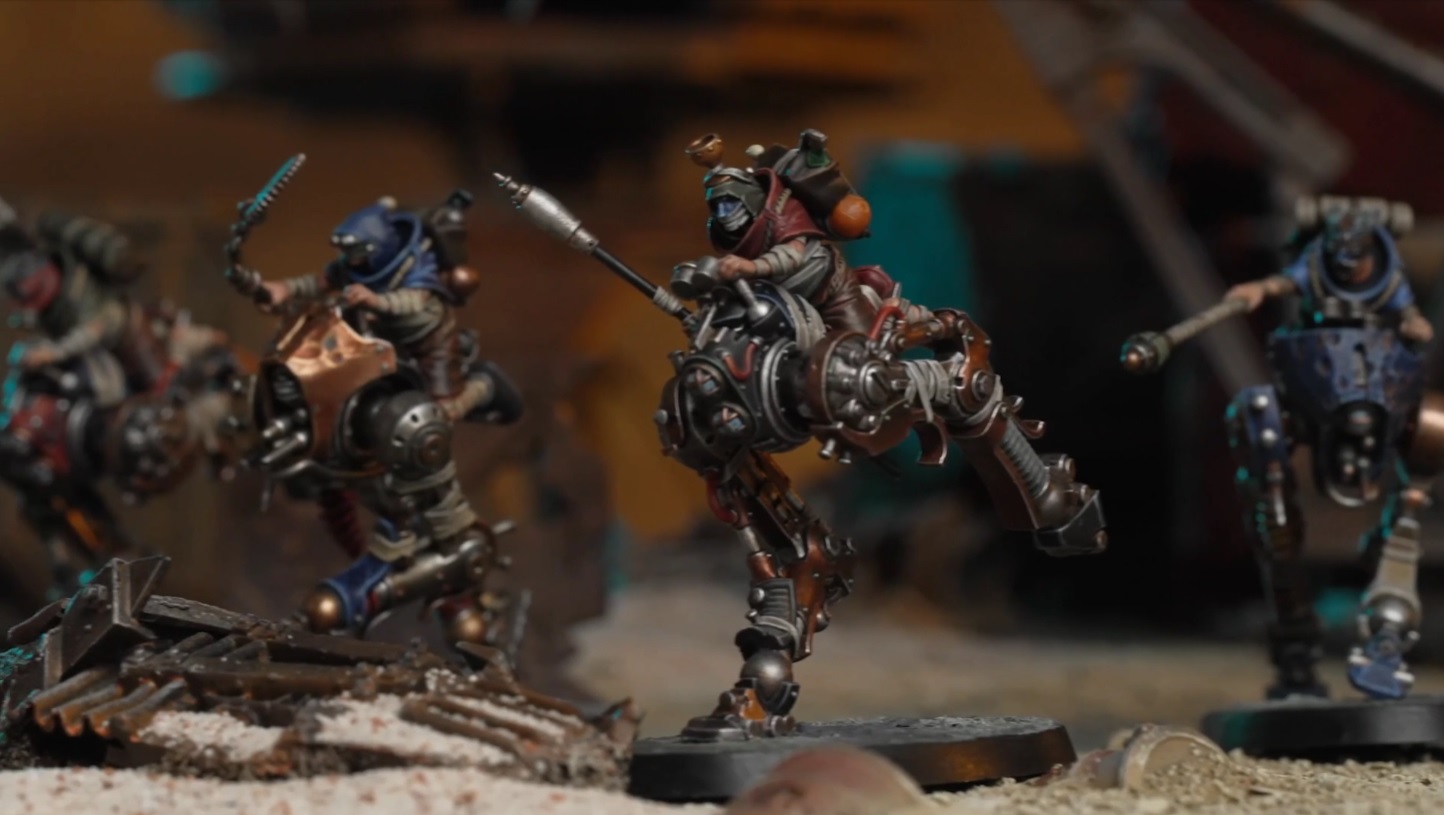 You’ll get 4 in a box and they come with lots of different options to swap around. You’ll be mixin-and-match these scrap walkers in no time. 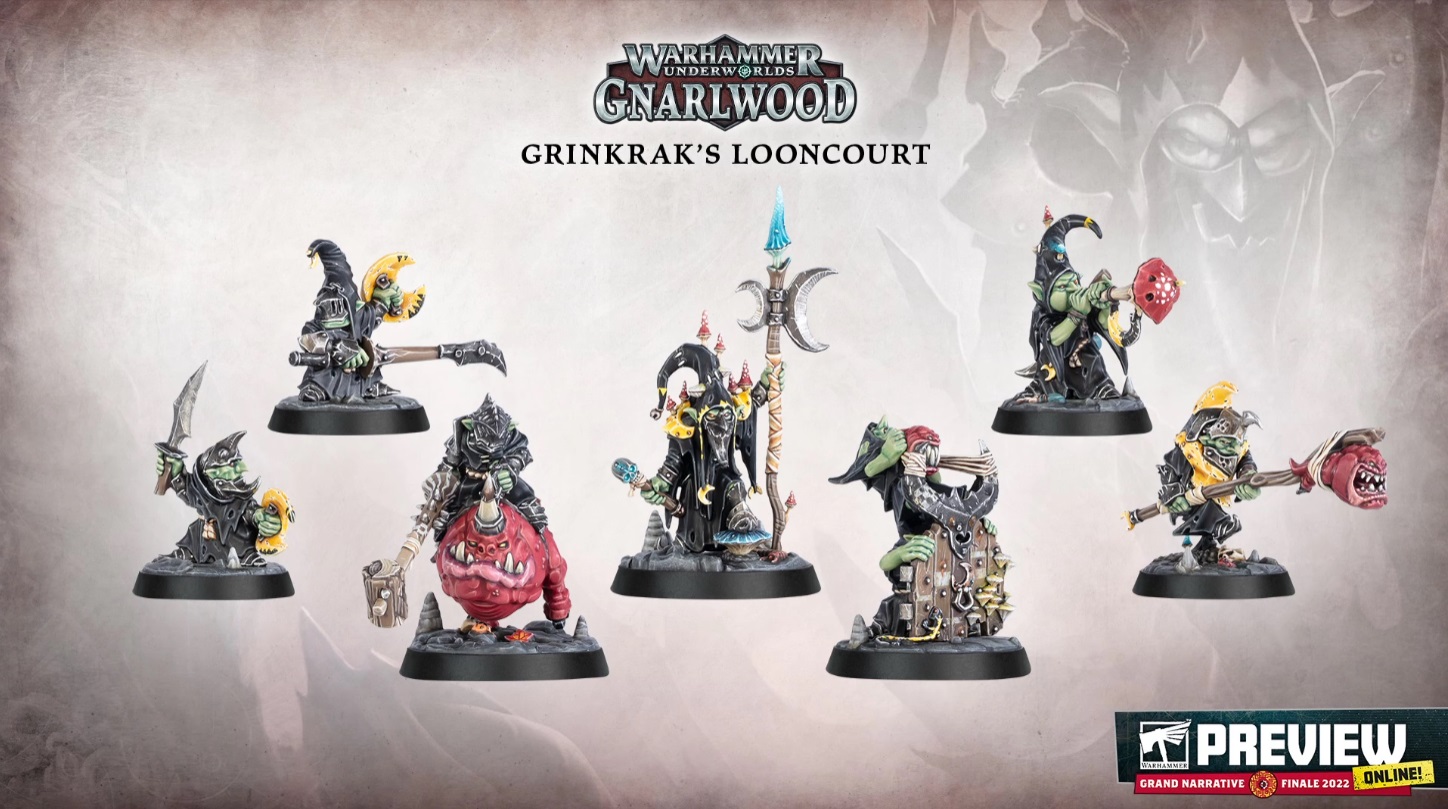 What if some Gloomspite Gitz got together and believed themselves to be more…noble. Like Knights of the Round Table or some sort of Knighly order? And what if they actually had a Quest-completion mechanic that turned them from their basic side to their inspired side? Well, then you’d just need to sprinkle in some mushrooms and you’d basically have Grinkrak’s Looncourt! 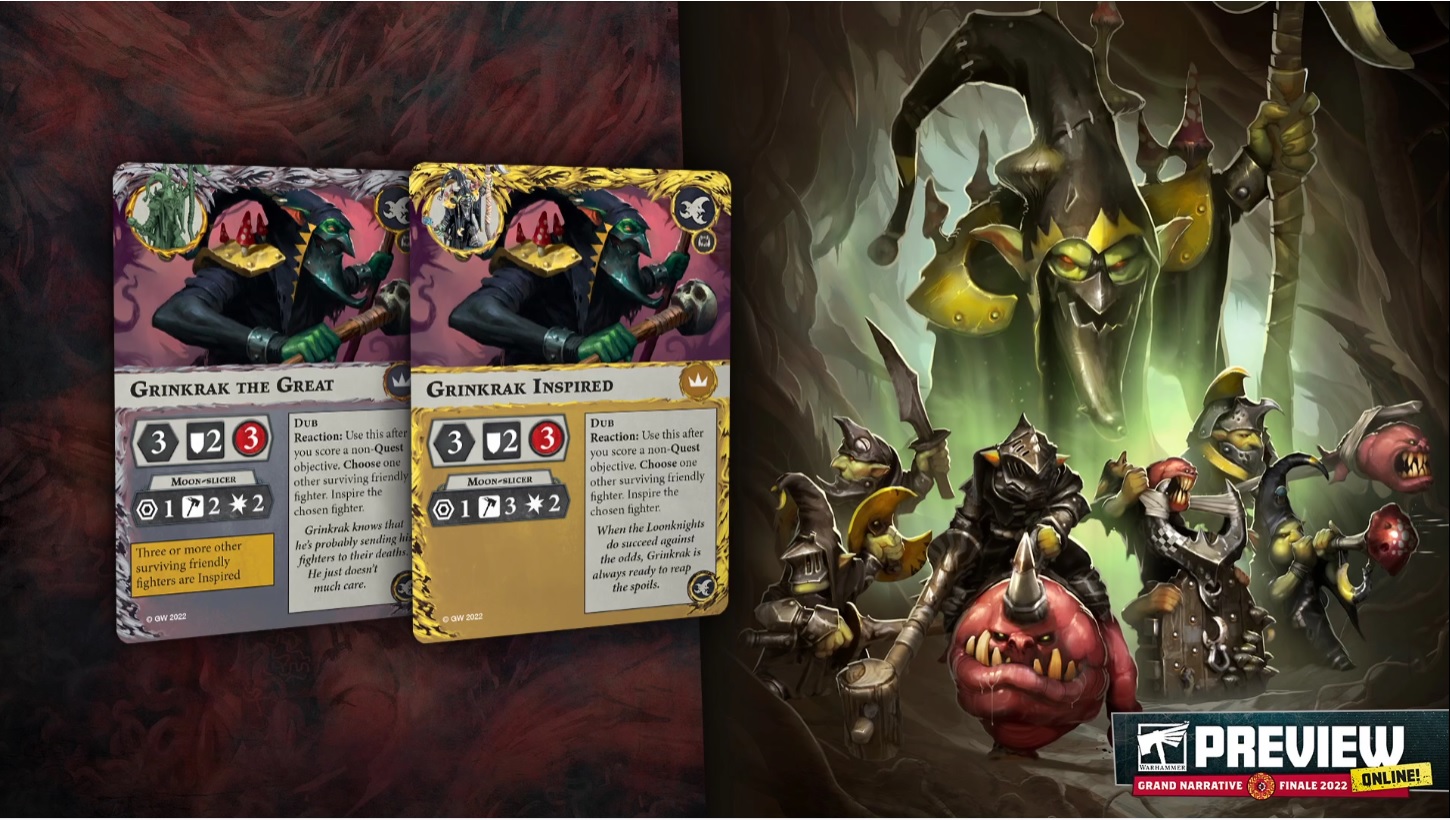 This is a pretty interesting looking warband and if you’ve ever wanted a Squig on a stick, well, there ya go! They aren’t particularly tough — they are still Gitz. But if you play smart and use your numbers to your advantage, you might just complete your quest! 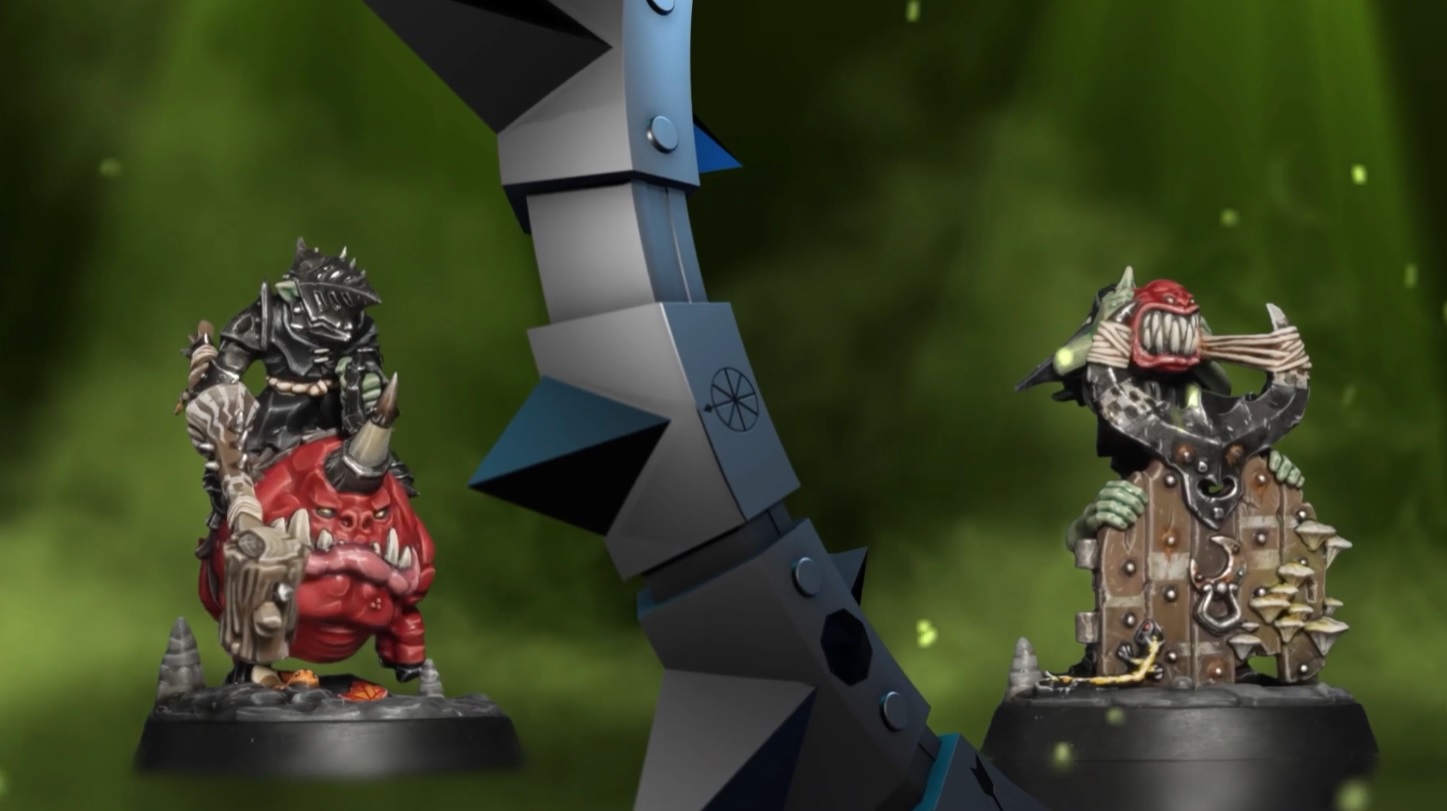 Author: Adam Harrison
Writer, Editor, Texas Native, and Austinite for 15+ years, Adam covers all things Tabletop Gaming. Which includes Warhammer 40,000, Age of Sigmar, D&D, Board Games and everything else that involves dice, boards, cards and a table. A hobbyist, player, and collector of miniatures and games, Adam's current obsession are his Death Armies for Age of Sigmar, his Blood Angels and Tyranids for 40k, and his ever growing Arkham Horror: The Card Game Collection.
Advertisement
Games Workshop Miniatures Necromunda Warhammer Underworlds
Advertisement