‘The Last of Us’ Ep. 1 Focuses on the Human Toll of Catastrophe

The first The Last of Us episode starts a long, dangerous journey by digging into the horrors we’re willing to carry out in the name of safety and survival.

The Last of Us is based on the critically acclaimed video game. Civilization completely collapses after humanity is ravaged by an invasive fungus that turns people into violent, deformed creatures. Twenty years later, after the plague appeared, a tough-as-nails survivalist (Pedro Pascal as Joel) is hired to smuggle a young girl (Bella Ramsey as Ellie) out of an oppressive quarantine zone. The journey across the US is brutal, and the two must depend on one another to survive.

The ninety-minute first episode dropped last night and what you’ve been hearing is true – it’s good. It’s very good. I’d argue it’s one of the best video game adaptations we’ve seen, even this early. The dramatic story Neil Druckmann created for the games is made for the jump to live action. Add in Craig Mazin (creator of HBO’s award-winning Chernobyl) and a great cast, and you have a recipe for a show that can stand on its own and tell a compelling story. I can’t wait to see what next week brings.

Spoilers for Episode 1 Below

The Last of Us – Infection Begins

Showrunner Craig Mazin proves he’s the perfect choice for this dystopian universe and its tone in the first three minutes. The show opens with a 1960s Dick Cavett-style talk show that is simple, effective, and chilling, thanks to a grizzled John Hannah. Fungus is legitimately terrifying. It’s all the prologue you need.

The series gives us a tiny taste of Joel Miller’s life before the Cordyceps fungus takes over the world. We meet his brother Tommy and daughter Sarah. She’s a caring kid that helps her elderly neighbors, keeps her dad on task, and likes Destiny’s Child. We follow her as she tries to get her dad to care about his birthday and buys him a gift that he’ll carry for decades. The tension starts to build when Sarah leaves the house. Her normal day is filled with alarm bells she doesn’t hear, but the audience does.

As night sets in, Joel is called to grab Tommy from the county jail, and Sarah is left alone. Our introduction to the infection is through her terrified eyes, as she watches her disabled neighbor infect the rest of her family. The family is then thrust straight into pure chaos as they try to escape. Infection is swift, and it is violent. From the perspective of the Millers, humanity’s fall is swift. A nameless soldier kills Sarah at the behest of a voice in an earpiece. Containment is all that matters; kill anyone in the way of that goal. That need to contain continues twenty years into the future. Our introduction to the brutal new world is of a child’s death, the burning of their body, followed by public executions at the hand of a new government. This has become Joel’s every day in a quarantine zone. While you don’t see it explicitly beyond this introduction, it’s a constant undercurrent. Joel has found a partner in Tess, a tough woman with a no-nonsense attitude. They’re trying to get a truck in running order to get out, and go somewhere that’s not oppressive.

The zone looks like almost every other decrepit post-apocalyptic lockdown we’ve seen, with run-down modern buildings and streets running on makeshift electrical power. We’re here to meet someone, not settled in. There’s an underground and a movement to resist this new way of life – the Fireflies. The group is led by Marlene (voice actor Merle Dandridge in a live-action appearance). They have a girl chained to a radiator that may be able to save everyone, and they need to get her out. She holds a possible cure for the fungal pandemic. Through a series of mishaps and Marlene’s death, Joel and Tess become that way out.

By the end of the episode, Tess, Ellie, and Joel are out in the wilds of Boston among the infected, headed West into gah knows what. 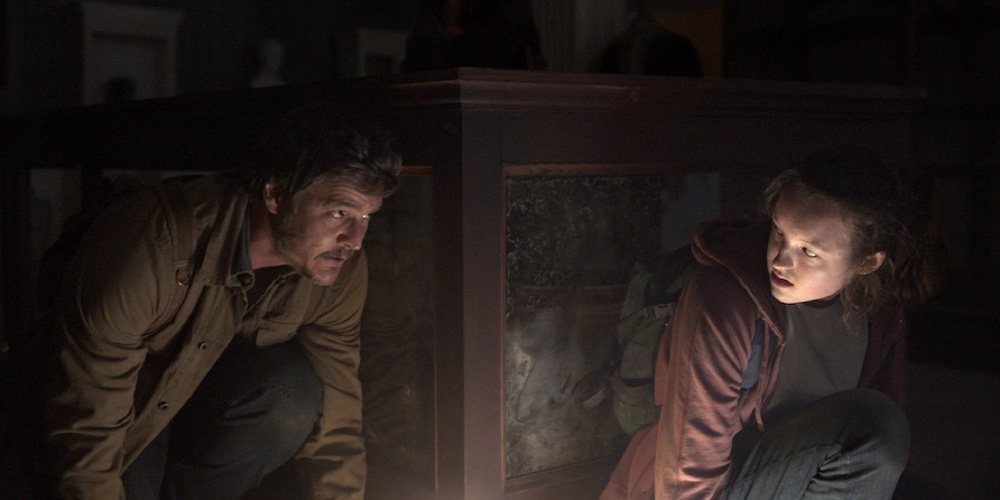 Through all of this, we learn about Joel. He has military experience, and he is capable of great violence. He also has a near-suicidal desire to hold on to his remaining family, this journey isn’t about Ellie for him, it’s about finding his brother. His love for his daughter is going to make traveling with Ellie difficult. She’s an orphan that’s been in a fascist military school for most of her life; she’s not the gentle Sarah. It’s made clear by the girls’ very different reactions to Joel’s violence – Sarah was scared, Ellie was energized. This journey will test them both in many ways, even before they encounter the infected or dangerous humans like slavers.

Pedro Pascal and Bella Ramsey’s performances in this episode make me want to go on this journey. I am hoping the scope of what we see is small. For us, it’s Ellie and Joel in this wide world. We know shit is going down out there but not exactly what – we know what they know.

I’m also looking forward to watching Manzin at work. He honed his storytelling in Chornobyl. You can see it in the first act of this episode – the build of normalcy to not. This time on the outside of the explosion, in a place of ignorance. Go back and watch the first episode; you’ll see it. Feel the tension building with every siren and every action characters make until you can see just how significant the problem is. How horrific. The dread. It’s condensed and hits faster, but it’s there.

Anyway, before I make this into a rambling post about scale – catch up with last night’s episode; you’ll want to tune in next week. This is going to be good. 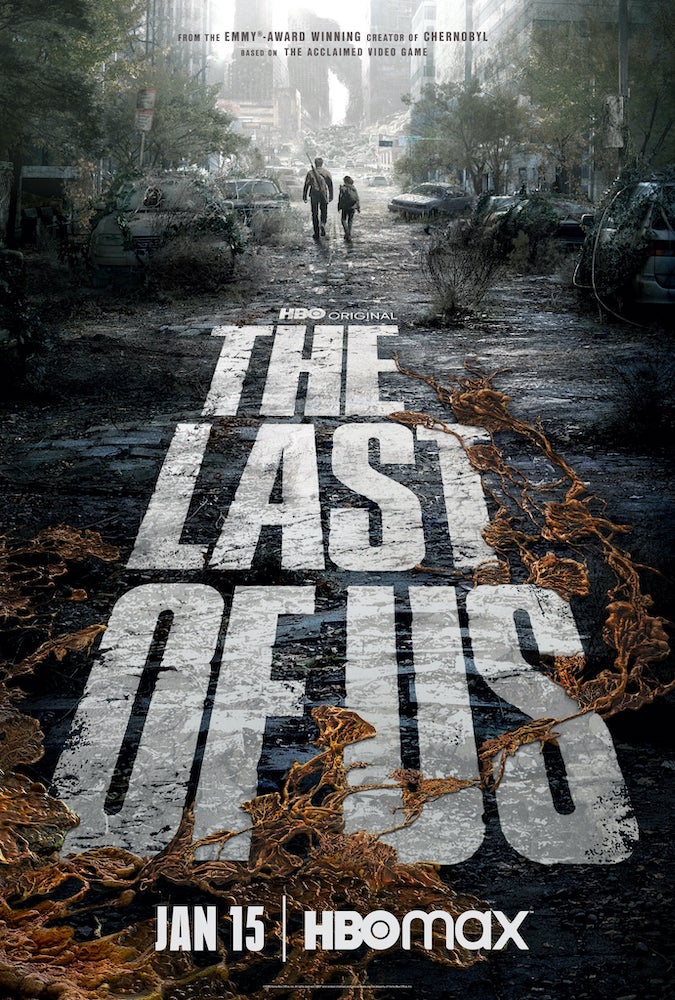 Author: Mars Garrett
Pop culture staff writer that has been on the BoLS team since 2010. Contributor on the One of Us podcast. Marvel, Vertigo, Batman, and dystopian sci-fi fan. Enjoys bad movies, amazing stunt performances, and the internet. Hates rom-coms. (she/they)
Advertisement
HBO Max Horror Movies Last of Us Movie and TV Reviews Pop Culture
Advertisement

'Guillermo del Toro’s Pinocchio' Review - One of Us 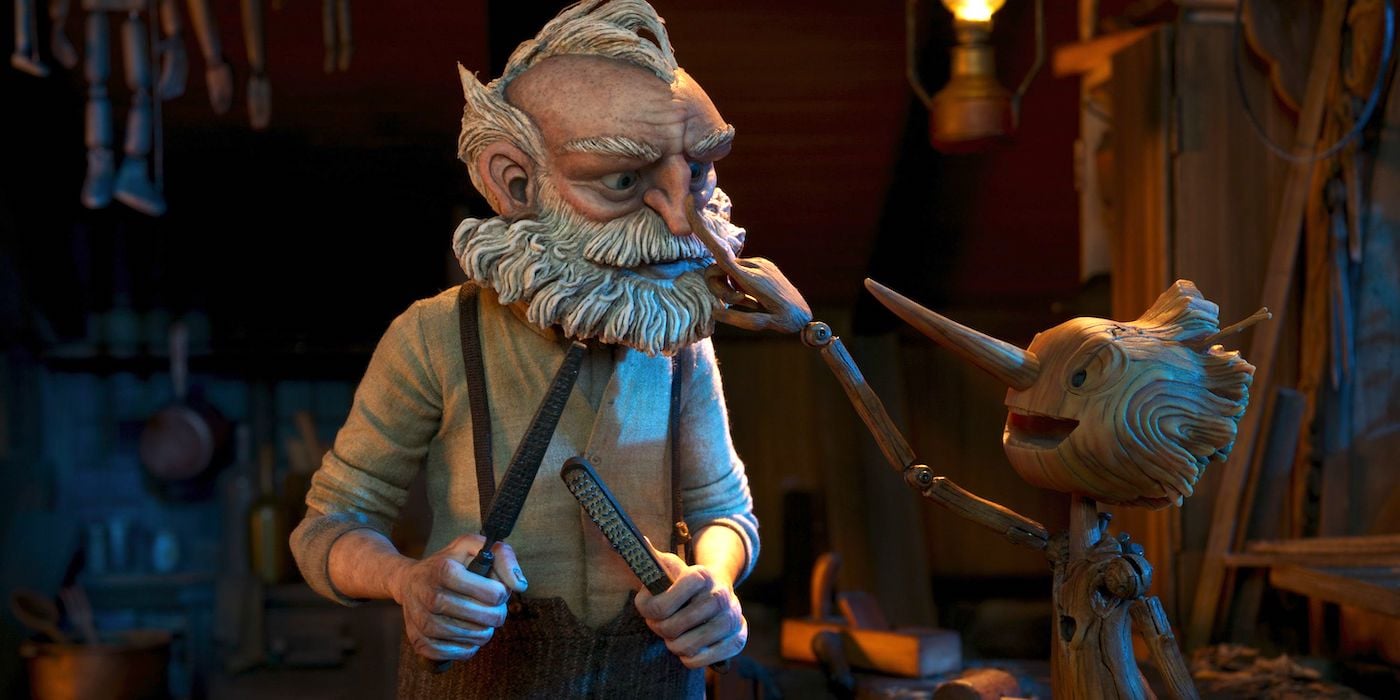