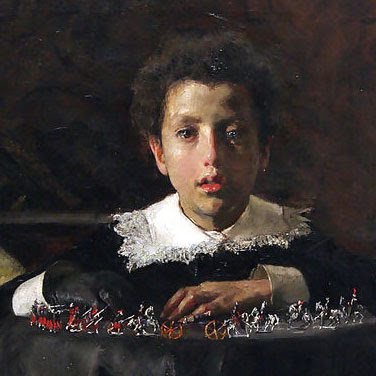 Well, since it’s the holiday season, I’m going to try something really depressing – codifying some tactical decisions in a generic and useful way. Yes, I understand that making generalizations about tactical decisions means that everything I say can be demonstrated to be wrong in some circumstances; please use your discretion to judge if the exceptions are significant enough to warrant further discussion and only bring those issues up; I don’t want to clog the discussion with every conceivable specific variation from the general concepts unless those variations might lead to a better understanding of the general concepts presented.

In this first installment, I will discuss army design evaluation and what that generally means for you without consideration of opposing force composition, based on 5 concepts.

Resilience of Scoring Units
How well your scoring units can survive enemy fire and assault determines how you deploy them in objective missions. This factor is probably the #1 reason that Plague Marines are so common in CSM forces – T5, Fearless, and Feel No Pain means that Plague Marines can take a licking. On the other end of the spectrum we have Eldar Guardians – low toughness and light armor. If your Scoring Units are numerous (5+) and/or like Plague Marines, using them aggressively makes good sense. If you fall on the Guardian end of the spectrum, consider keeping the troops in Reserve to make grabs towards the end of the game, and focus your firepower on destroying enemy long-rang shooting and scoring units while keeping an objective near your board edge free for the Guardians to control.

Ability to Kill at Range
Imperial Guard, Tau, and Tyranids can really kill at range. Other armies have some ability to do so, but mostly need to close to be really effective. If you’re playing one of the shooting forces, building bunkers of your own forces will work, but everyone else needs to look for how to close in. I like Rhino Conga lines, Drop Pods / Deep Strikers, and Outflankers, preferably all in the same force and arriving simultaneously into the opponents’ lines. Never hold a Land Raider still to fire both Lascannons; delivering what is inside of the Land Raider is much more important.

Ability to Kill in Assault
Nob Bikers or Fire Warriors? Depending on your force, you will either need to use your vehicles to facilitate Assault or prevent it. One of the great IG tricks to prevent assault is the Chimera Merry-Go-Round. 4 or 5 Chimeras moving 12” a turn can be woven together to create an extremely annoying amount of low value high assault-proofing interference. Throwing a couple of Fast vehicles to the edges of your opponent formations can also be very effective in diluting incoming Assaulters. In general, an Assault army should maneuver itself as a spear towards the heart of the opponent force, and a Shooting army should avoid having a heart to spear – just deploying in two clusters instead of one cluster can make a big difference for Shooters.

Ability to Maneuver
Wave Serpents or Plaguebearers? Wave Serpents mean that every part of the board is threatened by your ability to redeploy and be somewhere completely different next turn; Plaguebearers have to pick their starting location well, because that’s very likely to be their ending location. The more static your force, the more you need to put it down in the right spots to begin with. Please remember that having low mobility and low resilience means you must have huge numbers of scoring units/models. Think foot Orks.

Ability to Choose Deployment
Daemons or Sisters of Battle? The ability to start your forces where you want them is a huge advantage, especially if you have the ability to then kill at range and kill in assault. Daemons come out really well on these items relative to other forces, yet they still tend to lose because they have no ability to maneuver. On the opposite side, Sisters of Battle are essentially always restricted to beginning in their deployments zones and driving Rhinos across the board. They have almost no ability to choose deployment, but they have the maneuverability to get around the board and threaten almost any objective reliably.

If your army has 2-4 different units able to choose deployment, consider using bait and/or Reserves to draw your opponents’ forces into a crossfire. Very little is more satisfying than losing a Rhino and being able to drop a Demolisher Shell onto the offending party.

~That’s it for some basic concepts I need defined in order to go further. Tomorrow we’ll talk about matching your armies’ abilities to the mission and opponent. The floor is your’s generals.