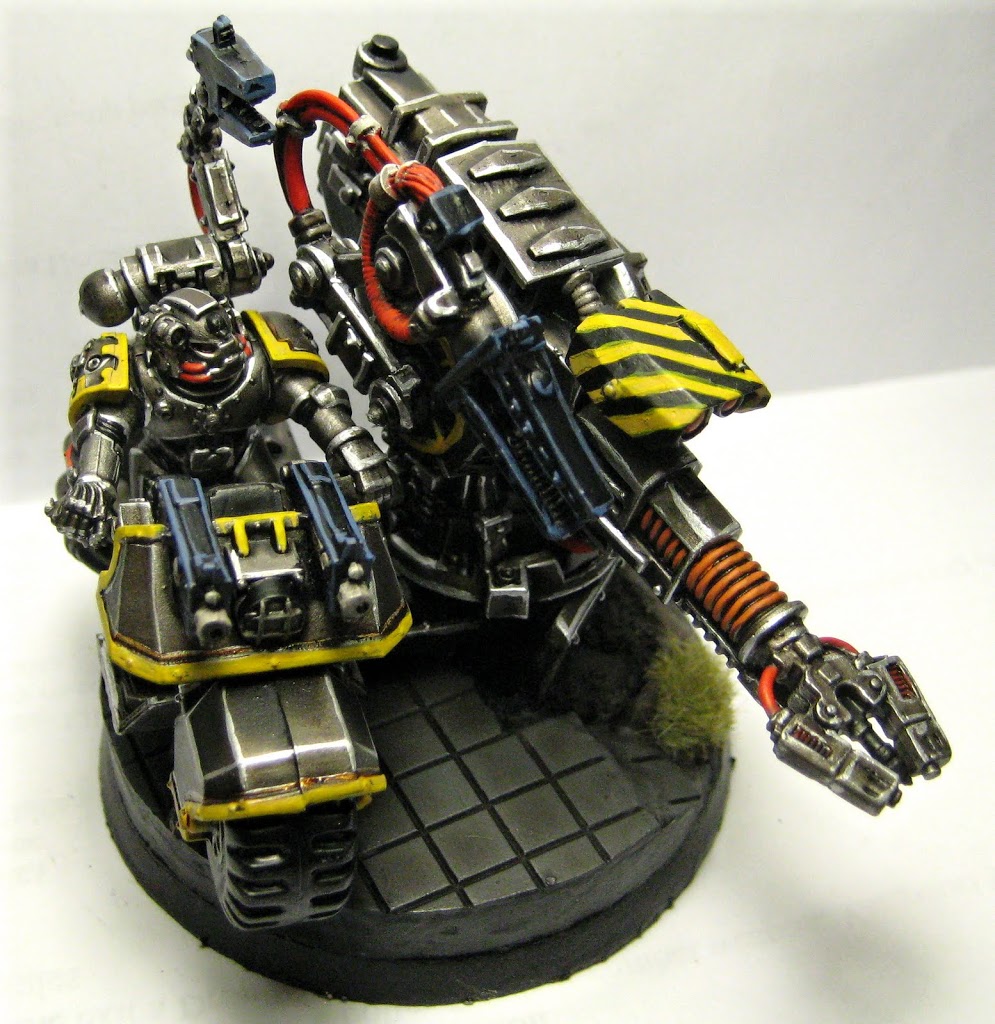 I always really liked the idea of a Master of the Forge riding a Bike making his Conversion Beamer Relentless. I was making a small army of Pre-Heresy Iron Warriors at the time, so he quickly became their commander.

The principle component of the conversion is an Attack Bike. This is supplemented by an Icarus lascannon (planetstrike) and a servo-harness. I fixed the lascannon in place of the passenger and replaced its tip with a plasma cutter. I used the techmarine head from the Ravenwing sprue to make the driver look a bit more high tech. I finished it off by putting it on a 40mm resin base.

I think it turned out pretty cool, and makes for a distinctive and very useful model on the tabletop.  Have at it guys.  -Aventine