Editorial: Why do YOU play? 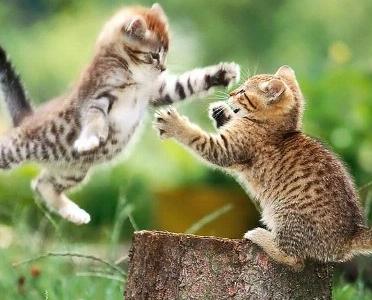 We all play wargames for different reasons. This is one of the most obvious comments ever, but a lot of the arguements, disagreements and general flaming that plague forums, comment threads and blogs are down to this simple fact.

I want to illustrate this with a story from the UK Lord of the Rings doubles tournament, which took place last weekend at Warhammer World. I didn’t participate, but had the pleasure of chatting to people in Bugmans on the Saturday night, and with a few of the competitors in the last few days. The tournament was a fairly complex affair, with four different scenarios (played twice each for a total of 8 games), and then 8 “Oaths of Battle”. These are additional missions, and you must use each one once, one on each game (you can read about them here).

In addition to this, one pair of players, Matt and Rob, had gone a stage further. For no reason other than having a laugh, they had created two decks of cards with further missions on them. For their good army, an Osgiliath themed army, the deck was labled “Denathor’s Madness!”, and for their evil army, a Black Numenorian force, the deck was labled “Sauron Says!”. Obviously there was no campaign benefit for using these, they were solely there to spice up the games a bit. It might mean Boromir would try chasing after a mounted enemy hero, when he really should be killing off other models, but heh, it’s all for fun, right?

Was this a genius idea, or stupid, or maybe just interesting, or just plain futile?

In one game, their opponents could just not understand it. They couldn’t grasp why anybody would deliberately disadvantage themselves in a game. After all, they had paid good money to come to the tournament, and there seems little point in coming if you’re not coming to compete. Right?

Matt and Rob had come to the tournament to have a good time, by being able to enjoy their different take on the games. Their opponents mentioned above had come to have a good time too, by competing for the title and playing to win. Who’s right? My honest opinion – both of them in different ways. I know that seems like an ambiguous answer, but as I said before, we all play for different reasons.

In the end, Matt and Rob won 2, drew 1 and lost 5 games. However, their force did win two awards. Firstly, the best army award, a credit to both their excellent painting and careful modelling skills (I’ll try and get some photos). Secondly, they were awarded the sportsmanship award, largely for their light-hearted approach to the game.

So, consider the floor open. I just want to hear your opinion on what you feel makes a good game? Who are the REAL winners and losers in events such as these? There’s no right or wrong answers, only your own opinions. Play nicely children!!


Want to give feedback, or you’ve got an idea for an article, please drop me an email or you can follow me on twitter. All comments are welcome.

FOW PRIMER: Attacking with Infantry in a Defensive Battle