WFB: How the Mighty have Fallen 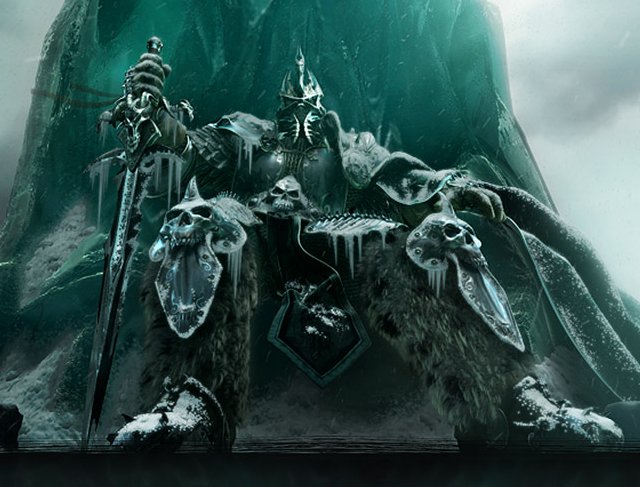 With the turn of the new edition of Warhammer Fantasy , no truer words have ever been spoken.

Now that 8th Ed. is upon us, we look towards the future with excitement and glory. Armies that you wouldn’t even see in 7th Ed. have been cleared from their shelves and dusted off for vengeance. The top 3 from last edition (DoC, Vampire Counts and Dark Elves) will have to step aside and fight for its rightful place.

Fantasy in 8th Edition has been changed entirely. Cavalry is no longer dominant, deathstars are no longer viable, ranked troops are more vital than ever, and there are multiple scenarios to adapt and conquer. Army percentages puts a choke hold on min-maxed lists and auto-break from fear and terror is gone. On top of this, dead models are pulled from the back and the first two ranks will always get their attacks. With all these changes ahead of us, there’s no telling whose going to come up on top and whose going to sink to the bottom.

For players to determine a true tier list, they must play thousands upon thousands of games in all different kinds of scenarios. From the newbies to the competitive, fluff players to the min-maxers, everyone does their part in determining which races are strongest and weakest. Although we haven’t played our thousand games yet, we can still compare the current 8th rules to the army books we all hold dear. A good guess is better than nothing in my opinion.

Here is my tier list as of right now:

Going over the tiers really quickly; Skaven, Lizardmen and Warriors of Chaos all really solid armies that got a boost in 8th Ed. Slanns are now undisputed rulers of magic with their disciplines (Focus of Rumination, Becalming Cogitation..etc), Skaven can flood the field with more bodies than physically possible and Warriors of Chaos just have really solid unit stats. Stegadons now have D6 auto-hitting S6 attacks because of slam, Rat Ogres can attack in multiple ranks and Marauders have upgrade potential for their points. All these things contribute to the power rating I gave these guys and I think it’s well justified when looking at the options they have. There are two traits that stand out when comparing the high tier armies: Speed and firepower. Dwarves got improved in almost every area. Shooting is now in 2 ranks, their cannons now do D6 wounds and their grudgethrowers have no partials anymore. As if this isn’t enough, random charges gave Dwarves the ability to charge up to 15″ if you roll boxcars! When you factor in the fact that the entire army is T4 and have ridiculously high leadership, you can understand why Dwarves are now high tier. Empire shares many of same qualities but at a discount. They have access to many lores of powerful magic, have several cost effective unit choices and Warrior Priests can now keep their RIP spells. High Elves have ASF with all their weapons and get to re-roll hits if they have equal or greater initiative. This improves their killy potential by a ton and since they have access to all the lores of magic, they can further increase the combat efficiency of the army. Dark Elves have a very solid book to begin with. Most of their magic items are questionably priced and their units are very cost effective. Repeater Crossbows got a lot better and their Hydra remains one of the best beasts in the game. To offset both Elven armies, T3, low armor saves and the fact that enemies can follow up in combat means a lot more elves will die.

The middle tier army books sees some former top tier players. Both Daemons and Vampire Counts lost their ability to auto-break units with fear and terror. Daemons suffer from having a lot of units on the field because they’re relatively expensive and both armies lost a lot of their magic potential. Both army percentages and the way the new magic system works prohibits a lot of older power builds from working so players have to discover new secrets. The armies are still strong simply because a lot of the unit choices are solid and combat potential still remains. They are definitely not as unstoppable as they were last edition. O&G and Beasts got a little better because 8th Ed. likes big units, their line-breaker units are still good and their magic is reliable. Even Ogre Kingdoms got a sizable boost because Ogres can now attack in ranks and get a good amount of attacks in. Factor in the fact that each of them have multiple wounds and decent toughness, they can be quite a nightmare to take down. On the bottom of the barrel, sadly, we have Brettonia, Tomb Kings and Wood Elves. The nerf to skirmishers and random forest rules severely hampers the way Wood Elves play. Even though their shooting is still very solid, you can’t rely on S3 bows forever. Their standard troops are rather pricey for what they do and their magic is a little underwhelming. Brettonia’s biggest strength (cavalry) has been nerfed in favor of bigger blocks of infantry and thus the army decreases in value. I mean peasants and trebuchets can only get you so far, but all your primary hammer units are cavalry! Random charges mixed with tarpit steadfast units is not a good sign for Brets in 8th. Lastly, we have Tomb Kings. Now I know I might be rating them prematurely, but right now the book isn’t even playable. Their magic contradicts everything the new rulebook says, their core units are extremely mediocre and their specials and rares are subpar. The Tomb Scorpions are still good and the Screaming Skull Catapults are awesome, but the choices are limited. Face it, if Tomb Kings have to abide by the new bound spell rules, the army might be in trouble. If they don’t, they might just rise up to high tier (being the only army that can still cast reliably on 1-die).  It all really depends on how these upcoming FAQs rule their armies.

Well, there you have it guys. These are my predictions for 8th Ed. Fantasy armies. The top armies from last edition have decreased in power and some of the underdogs have taken their place. With so many armies in the middle chunks of the tier table, I’m really happy to see such balance. Let’s just see how far these predictions will carry us once we start spamming games.