Ladies and Gentlemen, Boys and Girls, Children of all ages Imperius Dominatus proudly brings to you the guy you just lloooooves to give army list feedback (about Tyranids today), Mmmmerrcer!!! Ok so that’s probably a let down after all that hype

But I’m here after BigRed pleaded and begged me to come on here for months, no seriously, he did 😛 Actually he didn’t. I kept spamming him with articles from my blog (sorry shameless plug) until he caved in or that I stormed his house with a riot shield and gave me access, any way enough waffle – did someone say waffles? 😀 .

What I’m here for is to do some cool X vs Y articles, you know when you cannot decide which unit to take or which one is better, well hopefully here’s where I can help.

I’ve been thinking anti tank lately for the gribblies. They really need some in my army at least, I’ve got Hive Guard and Zoanthropes but I’m starting to think the ‘Thropes aren’t that hot. Lets dive in and have a proper look. Taking a look at the ‘Thropes profile you get something like a Space Marine except one less weapon skill and initiative, but plus a extra wound. It’s also leadership 10 which is going to be a good help seems this animal is a psyker.

These guys come in units of 3 max or singles, all which can be useful. Some mass walking, deep strike assault or suicide big brain can be used – more on that later.

What I’m interested in is what this big head can do.

Firstly it’s a synapse creature which can keep your other Tyranids in check, however I don’t see failing synapse tests that much of a issue – assault units tend to assault something which is there job, though this might not always be good and shooting units tend to lurk in terrain – which is where you want them. So, for me personaly, synapse isn’t a huge problem.

It comes with a 3+ invulnerable and two wounds a pop which means it can asborb some fire power.

It’s a synapse creature as mentioned so enemy psychic tests are done on 3D6″ if within 12″, not great but a bonus.

It’s psychic powers are very nasty – it has two roles, anti tank with a S10 AP1 lance shot which is enough to put the scarers on any player and a S5 AP3 small blast which even power armour foot sloggers will fear.

That’s all gravy, now the not so good stuff…

It’s a psyker so needs a psychic test to even fire, you fail it and no shooty shooty for you sonny jim. With it being a psyker anti psyker abilities can stop it getting a shot off, sometimes.

It’s T4 which means it can be I.D’d by S8 weapons so those two wounds don’t really count sometimes.

It can be brought down by weight of small arms fire being T4.

Both powers are short ranged so a Myceptic Spore is more than likely needed.

More expensive than a Hive Guard.

Tactics with ol’ bobblehead are quite simple and you have limited options. You can either get three of them in a unit and foot slog it, keep less survivable units behind the Zoanthropes for cover and the ‘Thropes have the 3+ invulnerable anyway – keep running them into range and deliver 3 blast attacks or lance shots. Any other number than three will not last, as mentioned small arms fire will bring them down and lucky S8 or above attacks will muller them. You need the numbers when walking to asborb the damage, more than likely you’ll find you may have two left or a wounded one before you even take shots.

The other tactic(s) is use of a Myceptic Spore. Load up two Zoanthropes and drop them into range so that 18″ range isn’t a worry any more and they’re not getting shot up. To reduce points you could use a single Zoanthrope as a suicide unit along with a Pod, drop down pop out unleash brain power and then probably die next turn, at least not so much points though.

Keep in mind when on foot or dropping in via Spore that Zoanthropes are good for plugging synapse gaps, even better when on foot as you can have them where you want and not where required for offensive against the enemy when inside a Myceptic Spore. The Hive Guard is the new kid on the block (though the Tyranid codex has been out a year now…) and this guy is a pretty cool customer. The H.G has WS4 and BS4 which is good, but now it gets better with S5 T6 and W2 which means this guy can take the pain and dish it out – no I.D for this guy via the normal double strength method. Ok he’s a little slow being I2 but T6 should see him out. As for synapse purposes the Hive Guard is LD7 which isn’t too bad, the only slight downside is 4+ armour but that shouldn’t matter…

Hive Guard is T6 so cannot be I.D’d by double strength weapons.

Fires 2 x S8 shots and doesn’t need a psychic tests to do this.

Has a special rule so doesn’t need LOS, so the Hive Guard can hide in cover and enemies may not be able to spot it.

Decent leadership so may not always fail synapse tests.

Not a synapse creature so less synapse on the field.

Still not a massive range, and may take time getting into range during the game.

The Hive Guard is the better choices out the two here. It has more pros than cons over the Zoanthrope and costs less, a unit of two Zoanthropes with a Myceptic Spore gets you three Hive Guard which is six S8 shots – the Zoanthropes only get three and need to pass that all important psychic test, they fail that and no shooting while the Hive Guard will shoot all the time. It can also be said the Zoanthropes can be shut down via psychic hoods etc, I personally don’t see this as a massive problem as it’s luck of the dice but it certainly can happen – this won’t happen to Hive Guard.

With the Hive Guards longer range and more shots it’s just better unit. It doesn’t need another unit as a crutch delivery system, which frankly is almost mandatory. It can be argued about armour 14 but lets face it how often you see armour 14? Most armour is 12 which is enough for the S8 impaler cannon of the Hive Guard, S10 is just over kill and with the possibilty of failing the psychic test or shooting the Zoanthropes don’t do so well, at least Hive Guard have multiple shots.

What do you think, Hive Guard or Zoanthropes? What gets your vote? 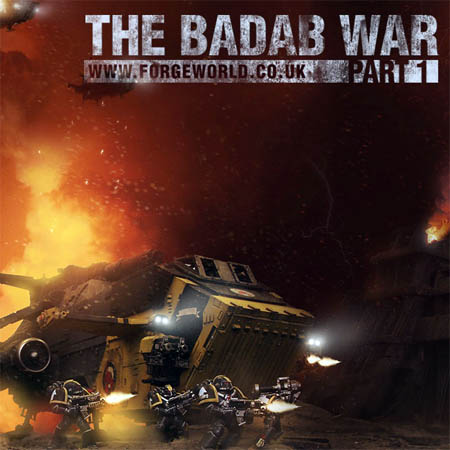