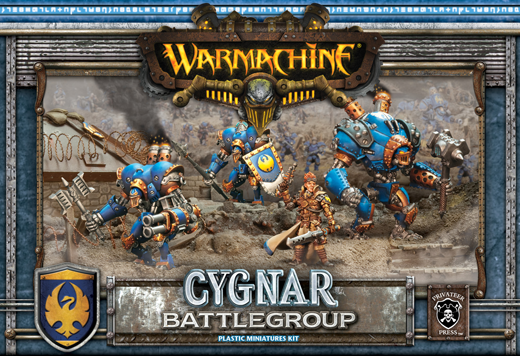 Those of you who went to Adepticon know that Privateer Press was very good to us.  The first thousand registered participants received a random Warmachine starter box valued at $50 in their swag bags.  I consequently ended up running demos for 17 hours that weekend to a lot of curious gamers.  Since I spent those 17 hours playing either with or against Cygnar, the Battlegroup I managed to snag, I developed a taste for them.

I dabbled in Cygnar through early Superiority-era MkI, but got rid of them after I got fully swept up in the Searforge Commission with the release of Thor Steinhammer and the Horgenhold Forge Guard circa 2008.  Ever since then, I’ve been a staunch Mercenary and (most recently) Minion enthusiast, but have been constantly left waiting a good sixteenth months longer than my faction counterparts for the “new hotness”, which includes everything from cavalry to epic warcasters to the imminent battle engines. This has always been somewhat disappointing, but I knew that choosing Mercenaries meant having to live with a delayed release schedule.  Well, no more.

With the beginnings of a new faction in-hand, I’m planning on doing a Cygnar build-up here on BoLS in a recurring series of articles entitled “Thunderstruck”.  This series will cover everything including the painting of the models, the list building process, battle reports, etc.

Looking at what came in the Cygnar starter, I’m pretty happy with what’s there.  I occasionally see some forum wisdom disparaging Prime Stryker, but I liked him in MkI, and I can’t see any reason to really like him any less in MkII.  He was a toolbox warcaster then, and he still seems to be one now, offering ARM, DEF, and ranged combat buffing with additional help via clearing LOS or reducing effective DEF levels via Earthquake.  However, I’m not a huge fan of his plastic resculpt, so I might choose to go with his metal alternate sculpt that I have somewhere in my cache of unpainted Warmachine minis.  The Lancer certainly looks good.  It’s relatively more expensive than it used to be, but I still think it’s worth its cost, particularly for Stryker who wants a means of safely casting Earthquake.  The Charger is fantastic for its bargain cost of four points, but it can be a bit of focus hog.  I’ll have to keep that in mind as I build up to my first 35-point list.

My first sticking point is the Ironclad.  For seven points, I think it’s fine for what it brings to the table, but for two more points I can upgrade it to ‘Ol Rowdy which will help in a few ways.  For those two extra points, I’m effectively getting +2 ARM, +1 MAT, free runs and charges, Grudge, Counter Charge, and some extra protection for Stryker.  MAT 8 with free running and charging will reduce focus strain, which will help mitigate my hungry, hungry Charger.  To help reduce focus strain even further, a Squire can bring an extra focus to the table for three turns in addition to extending Stryker’s control range and allowing him to reroll those Earthquakes.

That leaves me with 20 points to play around with.  For some ranged support, I’ll start with a minimum Trencher Infantry unit and their Unit Attachment.  With Snipe and Cautious Advance, they can do a great “scoot-and-shoot” maneuver.  I really like their resculpts and have been looking for an excuse to paint them up.  Rowdy is one heck of a wrecking ball, but I’ll want some backup for him lest he get neutralized somehow.  For eight points with their Unit Attachment, Stormblades seem like a great place to look.  At an effective P+S 15, they hit harder than most Weapon Master infantry.  Combine that with their Assault ability, and the hits keep on coming.

With the last three points I’ll go with Epic Eiryss for focus and upkeep stripping.  This makes my final list…

Now comes the task of accumulating the models and getting them together.  Fortunately, I already have Stryker, a Charger, a Lancer, the new Trencher resculpts and their Unit Attachment, and Eiryss, so that’ll reduce my costs a good deal, leaving only Rowdy, the Squire, and the Stormblades.

In the next article I’ll go through my model prep, basing, and continued plans for the army, which is going to include a Morrow-themed list built around Precursors, Harlan Versh, the upcoming Constance Blaize, and her companion warjack, Gallant.  Stay tuned, internet!

Author: relasine
Relasine is a veteran tabletop wargamer with over 10 years of experience. His specialty is Privateer Press' Warmachine & Hordes gamesystem. He began writing for BoLS in 2010.
Advertisement
Armylists Cygnar Editorials Warmachine-Hordes
Advertisement 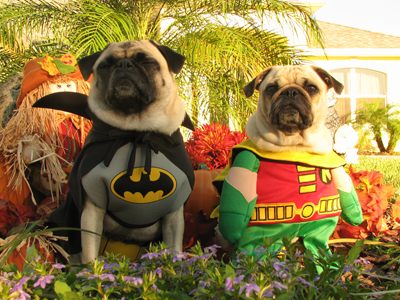