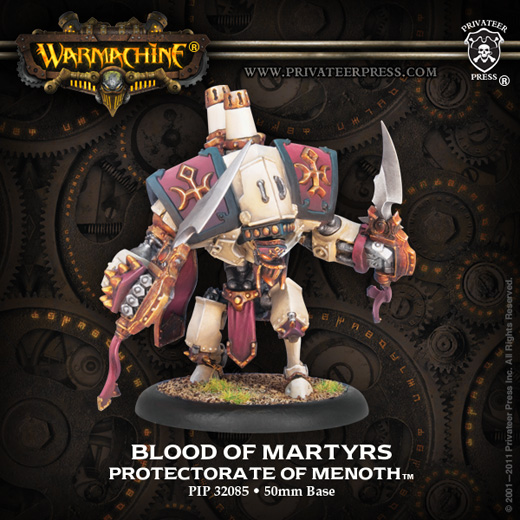 Part III of how to counter the new Wrath units.  This edition: Menoth!

The followers of Menoth have an interesting mix of new models from Wrath.  We’ve got a Warcaster who loves Daughters of the Flame, three Warjacks that all appear to work well in the right sort of list, a UA for Flameguard Cleansers, a fantastic character solo, the giant battle engine pulpit, and of course the mercenary unit attachment.

Thyra
Thyra is Menoth’s new Warcaster.  When facing her, expect to see Daughters of the Flame on the table, multiple units of them if facing her tier list.  Why?  She has an elite cadre rule that grants all Daughter’s the Vengeance rule.  Her spell list and Feat do a lot to boost infantry as well.  She can give a unit Stealth, Carnage (+2 MAT vs. living models that also heals Thyra), or Grievous Wounds on their melee weapons.  Her Feat allows Thyra and any friendly faction model in her 12″ control area to be placed completely with 2″ of its starting spot at the beginning of its turn.  With Daughters already having SPD 7 and Acrobatics to avoid freestrikes, that gives them a 12.5″ charge range.  That number goes up to 15.5″ if they get a chance to use their Vengeance move.  Combined with a MAT 8 from Carnage and CMA, and they’ve got a reasonable chance to take down a caster.

Thyra’s weakness is her ARM.  She’s got DEF 17, but only ARM 14, so go after her with anything that bypasses that DEF.  Slamming things into her to knock her down, boosted AOE’s, any “auto-hit” effects, spells that bounce from one target to another (ex: Chain Lightning or Eruption of Spines).  Considering the likely presence of numerous high-def infantry models on the board (particularly Daughters of the Flame), spell-slinging casters with spells that can hit multiple models with one cast will likely be your best counter.  Watch out for her Feat turn.  She’s got a 12.5″ melee threat range on that turn.  Daughters of the Flame with Carnage on them will be an effective MAT 8, with two attacks.  Although their STR isn’t all that high, the quantity of attacks can still take you out.  Or, they can hit you with Grievous Wounds to deny your ability to transfer damage.  You might think that a few high ARM models will allow you to weather the storm, but Weaponmaster Exemplars will benefit from the Feat the same as everyone else.  The key is to know the threat ranges and keep your Warlock safe.

Warjacks
The new Warjacks are solid, but they’re all variants of the other Menoth ‘jacks.  Two are SPD 5, one is SPD 4.  Thyra’s pet jack has Parry and Sidestep in her control area, so watch out for that.  Still, none of them go above ARM 19, so take them out as you would any other heavy Warjack.

Solo’s & UA’s
The new Attendant Priest solo is Menoth’s mercenary unit UA.  It provides some nice benefits to the unit, like Pathfinder or Warding to protect them against spells, but it’s a DEF 13 ARM 13 5 hit point solo.  Totem Hunters, Deathstalkers, a Lord of the Feast, Alten Ashley, and other cheap solos can take it out pretty easily.

The Flameguard Cleanser Officer is also a nice addition to the faction, but it’s neat abilities rely on it being alive.  Both Bushwack and the Scouring Flames abilities rely on the officer being on the table to use the ability.  Take out the officer first, and you’ll just be facing standard Flameguard Cleansers.  The officer is DEF 12 ARM 14 with 5 damage boxes.  A boosted POW 9+ AOE will have a decent chance to kill him.

Nicia is cool, at least in my book.  I expect to see her in a lot of Menoth lists from now on.  Acrobatics will allow her to sit behind the front lines and reach her chosen targets, though Stealth allows her to run on the flanks with a bit of protection as well.  How you handle her will depend upon how your opponent runs her.  If she’s on the flanks, go after her as you would another melee solo.  Yet again, a Totem Hunter with her as its prey will have a longer threat range (if leaping) and have a good chance to kill her.  Nicia’s lack of Pathfinder means you should utilize terrain to get the jump on her.  If your opponent his holding her back, then your best bet is either to nail her with a boosted AOE, or try to draw her out with bait.

Vessel of Judgment Battle Engine
The Vessel is a curious battle engine.  I haven’t faced it on the table yet, and until I do, I’m still not entirely sure what to make of it.  It’s got a RNG 12 POW 15 gun with a mini Ashes-to-Ashes effect that will damage nearby models; so spread out.  Unlike the Cygnar BE, the Vessel can take a damage point to boost either an attack or a damage roll.  Of course, since Battle Engines can be repaired, that means it shouldn’t stay damaged for long.  Its abilities can really shine in the right circumstances, but it’s expensive, and it doesn’t have the raw damage output of the other Battle Engines.  To kill the thing, you’re going to need to hit it hard.  ARM 20 with 24 damage boxes and the ability to set nearby models on fire means infantry will have to get in there and take it out in one turn.  High ARM Warbeasts should be able to take the damage if they can’t kill it.  If you can do enough damage via shooting you may be able to get your opponent worried enough about the accumulating damage that he’ll avoid boosting attack or damage rolls.

That’s all for Menoth.  Cryx, Retribution, and Merc’s will follow!

EDITORIAL: Are We Making GW Games Something They Aren't? 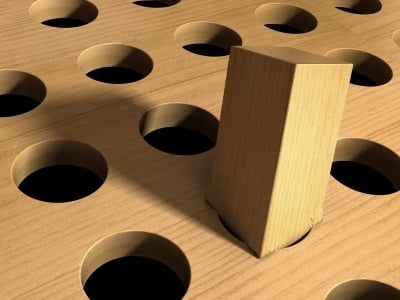