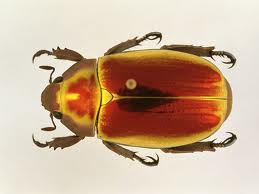 Howdy BoLS fans, Reecius here again from www.frontlinegaming.org . We’re shifting gears in this Winning with Necrons Article Series and jumping right into some List and Tactics choices.
When I first wrote the Winning with Necrons piece, it was comprehensive and put together right after the book came out. It was quite long as it was written from the perspective of a reader with little to no knowledge of Necrons and so included a lot of basic level information.
However, coming out in a serialized format here on BoLS the chunks are too small and infrequent to have the impact the article in totality did. Also, the internet has moved past a lot of the basic “this is what this unit does,” type of information. So, we’re scrapping that, and starting fresh; jumping right into the lists and tactics we’ve found to work. I will assume that the reader is familiar with all of the Necron units.
We’re going to start right off with the list we have found to be most effective so far, and a list (or derivation of) that you have likely seen making the rounds on the interwebs. We called it the Scarab Farm list, and the name seems to have stuck. The list is built around what is arguably the best unit in the book: Scarabs. Scarabs are phenomenal. Fast, fearless, absolutely obliterate anything with an armor value, and aren’t shabby against everything else. Considering that your typical opponent in the current tournament meta will be a mechanized army, and that the big four you are likely to see at the top tables of an event are Mech IG, Mech Wolves, Purifier Spam, and Mech Blood Angels, you’re playing the odds with this army. We’re still running it through its paces and honing it, finding what combination of units works best for us, but so far the core of the army remains the same: 10 scarabs, 3 x 3 Spyders with Gloom Prisms. (Note: We DO NOT play the conga-line Scarab Bases across the board while creating them with Spiders rules interpretation. Our tactics assume this will not be accepted at tournaments and will get FAQ’d.)
That chunk of the army does all the heavy lifting, and the rest of the list is built around it. Now, as we always say: we present data and opinions. What works for us in our area may not work for you in yours. So take this information as a starting point and work it to fit your local meta and play style. However, you can be sure to include that core and be happy with the results in almost any situation.
What makes that combination of units special? The Spiders will spit out 9 Scarab bases a turn. The reason we call it a Scarab Farm list is because we have found that it is best to sit back and build the unit up to a critical mass over 1-3 turns, and then unleash the little devils on the enemy in an unstoppable horde of bugs. Thus the “Farm” analogy. You must be patient with this list, and wait for the best time to strike. With enough Scarab Bases, you simply overwhelm your opponent, and it makes it easier to keep them in range of the Spiders for Psychic defense and for reinforcements by stringing a line of them across the board back to the Spyders.
So, the Scarabs eat tanks like they were cupcakes, and drown most infantry in bodies. Seems pretty simple, right?
It is, but achieving that critical mass is what takes skill. The first time someone plays against this list, it may be easy to get caught off gaurd. However, a canny opponent will know how to beat it: strike while the Scarab mass is small and at its weakest. If your opponent can hit the Scarabs early with template weapons that double them out (str 6 or greater) you can find yourself neutered before you can do anything to counter it. Therefore, you MUST defend the little buggers before they can be destroyed.
The best form of defense is a good offense, as the saying goes. That is why we have found Imotekh to be the guy for this list’s primary HQ selection. He provides a roughly 75% chance to go first, which means that in 3 out of 4 games you start with 19 Scarab bases, essentially doubling their resiliency. In the other 25% of your games, Imotekh’s night fight really helps to increase your defense. His Lightning Bolts, while not something to be relied on, can be utterly devastating to light mech armies when your dice are hot. He is a bit of a putz in combat but he can be game winning by himself, and his special abilities are crucial. As a change of pace, you can take an Overlord kitted for combat, and a Cryptek with a Solar Pulse to achieve a somewhat similar effect.
Deploy your Scarabs conservatively in most games as you really can’t risk losing them. With a 3+ cover save, they are tough to kill using anything but blast or template weapons. The Spyders should also be deployed defensively as they are the second most vital element of the list, but they are naturally a lot harder to kill and as such, can be exposed if you run out of hiding places.
These units must be close to each other. Both for Gloom Prism protection (Cleansing Flame and JotWW are brutal to Necrons) and for reinforcing the inevitable casualties you will take as the Scarabs absorb fire power. You must become proficient in model placement (as you must be with most Necron units) and be mindful of keeping some of your Scarab bases near the Spyders at all times. Particularly during assault, you must be careful of how you move models in order to keep all of your Scarabs from piling into an assault and out of range of support. Likewise, Spyders can’t produce more Scarabs when locked in combat and as such, must be kept out unless you absolutely need their muscle added to a combat (and if you can get 6-9 in to a combat, they will do some serious damage).
What about the rest of the list?
We’ve been playing around with a lot of combinations and have found the following units to work best for us.
Troops: A 20 strong Warrior squad to roll with Imotekh as your primary Scoring unit. This unit needs Cryptek and or Lord support to not just be an easy target. We have found that a Cryptek with a tremor stave and sonic crucible is a good defensive set up so long as you also have a Lord with Mind Shackle Scarabs, Res Orb and a War Scythe. This unit is tough, can fight back in combat and is a solid scoring brick. However, it lacks mobility.
What I have been using lately, and have found to be cheaper and better in many ways, is a Cryptek with Veil. This allows the unit to simply avoid trouble, and becomes hugely mobile. You can forgo a lord in this setup to save points, as well. The veil is amazing in that it allows you to redirect the flow of battle, bait enemy units to one side of the board, then go to the other, or to trick your opponent with deployment strategies. Force a flank, let him deploy opposite you, then go to the other side of the board. There are all kinds of fun tactics to be had with this piece of kit. With Phaeron, you can also be sure to deep strike at safe range, away from misshaps and out of assault range while still being able to pour 20 shots onto a target unit.
The second troop unit is really up to you and your play style. I typically take a 5 man unit of Warriors (the Grot squad!) to reserve in every mission and hop onto an objective late game and keep their heads down. For 65pts, it wins you the game on a regular basis, although is obviously vulnerable. You must play this unit smart, or it evaporates quickly.
I have also been using a 10 man Immortal unit with Tesla Carbines with a second veiling Cryptek to great effect. Spacecurves has also been using this combination and has told me it is his go-to Troops selections. Either way, experiment to see what works best for you. The 5 man Warrior squad works fantastically for me, others may have difficulty making it work.
The second key unit to this list is 6 Wraiths with Whip Coils. Wraiths are the business, pure and simple. I use mine as the free safety of my army. They are mobile, fearless, fast, and hard hitting. Perfect to go to where they are needed to turn the tide of a failing front, or to attack key enemy units. To ratchet this unit up to premier assault unit status, toss in a Destroyer Lord with Mind Shackle Scarabs and Weave (2+sv) and you have a unit that brings the pain in a big way. He soaks missiles and Psyfilmen shells on the way in, they provide the Invulnerable Save and pseudo-grenades (whip coils) he lacks and the Lord packs a big punch in combat. Great, great unit.
Lastly, I have been using a unit of 5 Tomb Blades with Particle Beamers. This is another highly mobile unit that is multi-purpose. Five S:6 small blasts are amazing, and on a fast platform, largely overcomes their short range. This unit can shred infantry and light armor alike, and is great for contesting objectives late game, all for the crazy low price of 150pts.
What you get, is an army comprised of units that each have a function to fill in the list as a whole, are mobile, and do their own job extremely well, but only their job. You must orchestrate all the different elements well, or see your army get smashed pretty easily. However, against your average Mechanized tournament list, you will have a very large list advantage.
We have found a few match-ups that stink, though. Draigowing can be rough if they have a Dreadknight with Heavy Incinerator and Teleporter. Nids are also tough as they largely don’t care about Scarabs and a single unit of Wraiths isn’t going to fight through their entire army. Of the two, Nids aren’t a real concern for a true tournament list as they are so seldom seen now the odds of pulling them in most events is low. Draigowing though, is a lot more popular. However, since most Draigowing lists don’t have Dreadknights, and you can simply avoid the Draigostar, smart play can mitigate this match-up. Play to objectives!
Give the list a try and experiment away. Anrakyr can also work well in this list, so go crazy and see what works for you.
Thanks for reading! Here are some links to a few video battle-reports of us trying out different iterations of the Scarab Farm so you can see it in action for yourself:
Scarab Farm vs. Mech IG
Scarab Farm vs. Fatecrusher Daemons
Scarab Farm vs. Tyranids
Scarab Farm vs. Purifier Spam

Author: Reece Robbins
Reece Robbins, is one of the most respected names in tabletop gaming. He founded Frontline Gaming and the largest Warhammer 40K tournament in the world, the Las Vegas Open. Reece has been playing competitively and covering Warhammer since the 1980s. He has won major events including Adepticon.
Advertisement
Armylists Editorials Necrons Tactics Warhammer 40k
Advertisement 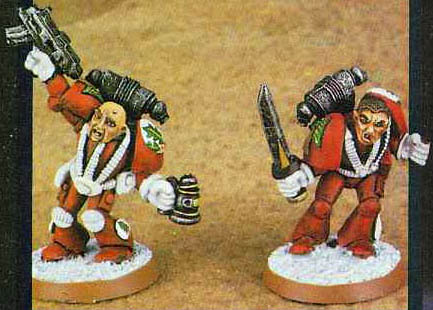