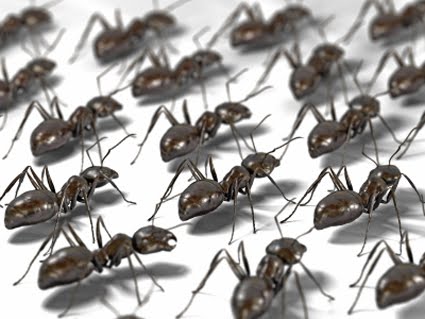 Reecius here from Frontline Gaming to discuss a topic many of us face when building a list: MSU or KP denial.

Is it better to build an MSU (Many Small Units) list or a KP (Killpoint) denial list? This is a complex issue. Both list building strategies have their merits. MSU lists, or many small unit lists, benefit from a very simple mathematical premise: that 2 of a single unit are not just twice as good as 1 unit, but 4 times as good. Double the fire power, double the durability. When you extrapolate this out with 3 or more of a unit, you can quickly see how the power scale slides up rapidly.

MSU lists benefit from overloading their opponent with targets, and by having the flexibility to target many enemy units, thereby increasing their points efficiency. When each weapon system can target a separate unit, you don’t “waste” shots beyond the kill shot. This is one of the reasons why Long Fangs are so dang good.

MSU lists also benefit from having a large number of scoring units to secure objectives. Within the context of 5th edition 40K missions, this is a killer combination. I myself play an MSU Wolf list as my primary tournament build, and I have had a great deal of success with it. The downside to this though, is Kill Points. This is why I believe that Kill Points are a good mission (well, close to a good mission it does need some modification) as it is really, one of the only things that rein these types of lists in. Having all those units means you have a decided weakness in KP missions.

This is a great segue to our second list type: Kill Point denial builds. These lists do the exact opposite of what MSU lists do. They build an army around a small number of very durable units. Most famously of these currently, is Draigowing, but other examples are Fatecrusher, Ork Hordes, Wolfstar, IG Power Blob, etc. Typically, the units that they do have are very durable such as Paladins, 30 strong Ork Mobs, etc. and typically are difficult to destroy.

In order for these style lists to work, the units they contain must be able to deal significant damage. Paladins with Draigo both shoot very well, and assault extremely well. Typically, these units are also scoring, but not always as with Wolfstar Space Wolf builds. What this means, is that you get an army that has an absolutely huge advantage in KP missions, but doesn’t suffer much in objective games.

So the question then, which is superior? Considering that 2/3 of missions are objective based, off the cuff, I would say MSU lists are better. However, when one considers it more closely, it isn’t so clear cut as that. Capture and Control, while still an objective based mission, is easily won by KP denial lists. Seize Ground though, is where these types of lists will often struggle in comparison to MSU lists, particularly if there are 4 or more objectives. MSU lists can simply rely on their large number of units and corresponding objectives to win the game. In Kill Points, MSU lists have a very large disadvantage to KP denial lists, as one would expect. In the final analysis, I would have to call it a draw. And, interestingly, tournament data supports this. We see KP denial lists and MSU lists both winning large events.

It then comes down to what army appeals to you the most, which is a good thing.

~So where do you come down when you build your lists, and what army style personally works best for you.