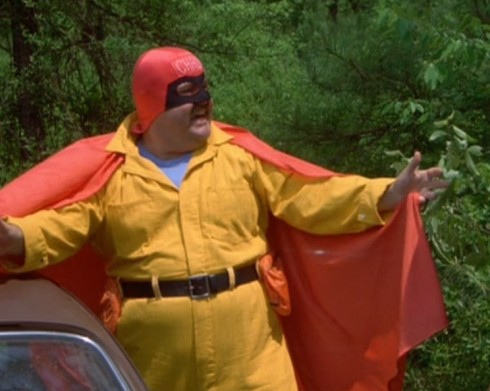 Goatboy here starting the Monday off with a bang. Man has the past few months been pretty meh with 40k talk.  Here’s what I think about the rumormill lately.

I think I am really feeling the edition with my own wishes of new rules, fixed rules, and chaos nonsense. The rumor mill has been churning a lot lately and today I want to talk a bit about that.

I come from a Magic background. I know a lot of your sneer at that but we all had to start the crack addiction somewhere. The reason I bring this up is that Magic continues to really push the use of rumors, previews, and overall information control. I still read the cards and will play Commander every now and again so the previews they release are pretty neat. I think GW tested that a bit with releasing some of the Necron stuff a week or so out from when the book was going to hit. What I think is that GW really should push this more by release information earlier.

Can you imaging the buzz generated if we saw in next month’s White Dwarf some Chaos Legion figures? Maybe just an example of one of the special characters introduced or just some small tidbits of unit rules. Look at how much discussion these even fake rumors generated. It is a shame that GW just doesn’t use this to help push their plastic crack?

Right now all the initial rumors we heard in the beginning of the year have turned out false. Whether there is enough contradicting information, some saying they lied, or dreams of a fanboy these rumors have putzed out in the end. I really want a new Tau book as I need a non-evil inducing army to paint and play. I want to see Eldar return to the front of the pack with new rules and sweet models (Please Phil Kelly Please). Heck I just want more options on the table top besides Grey/Red/Etc Knights. I really want to see Black Templar too as it will continue with my Goat armies and Goat Templars. I think it just comes down to the fact we always want more rules and new toys.

Some part of me hopes that GW is releasing these rumors in order to stir the pot. These tiny little morsels of tasty meats keeps us a buzzing. The talk of books sent to the printers and box sets sitting in a warehouse just make me salivate in anticipation (as well as my fingers cry at the thought of all new glue scars).

I think the biggest shame of it all is that we got confirmation that a lot of these initial bits were lies. This is kind of annoying as I would rather have had the poster just proven wrong when the books came out. Getting a – yes I lied – response just feels like that old girlfriend that says it is her and not you. You know that it is BS and she just really thinks you suck and your best friend is so much better looking. I question any making up rumors as kind of sad. You don’t need to lie to have friends.

Lately I haven’t been buying a lot of new minis. The new fantasy stuff looks awesome but I am just not interested in a game of Tetris and abusing cheap units. I really want GW to come out with Legions next. Heck I would like Orks too but anything evil looking will do. I just need me something Chaos dangit!

So what do you guys think of these new rumors? Are you putting much thought into them after all the initial buzz turned out to be lies? Do you think GW is really controlling all this information? Does Abaddon finally get rid of the Handle Bar Top Knot? Are you actually excited about these so called new releases?

In the end, what do rumors do for you interest in the game? Do they keep you drooling for things to come and keep you loyal to the game, or do want to be kept in the dark until you can just spend your money on what’s on the shelves?