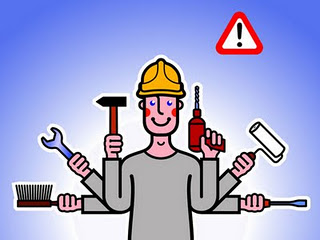 Mercer from Imperius Dominatus here. What I want to discuss is what you prefer in the hobby; DIY (do it yourself) or BIY (buy it yourself).

DIY – Taking matters into your own hands

Single models, like HQs for example can be expensive and now that most come in finecast that price has gone up (and quality has gone sideways). Disregarding the quality of materials, the majority of these single models are often too expensive for what they are. In my case and the linked post, creating your own single model from bitz is a easy route and isn’t costly.

Now the Stormraven is like marmite, you either love it or hate it, though 8 times out of 10 the GW one is going to be better than a conversion (there have been some exceptions). The same goes for the Triarch Stalker. I’ve done my own Triarch Stalker conversion from a Ghost Ark. I’m not a massive converter, but it looks alright. Still I have no doubt GW’s will be better. Another thing which worries me with these DIY kits is the size, will the Games Workshop be bigger or smaller? This is a big factor which could lead to possible problems in future games – remember all those homemade droppods from a few years back?

A good BIY example is the Realm of Battle board. Before I had my RoB I had a smaller board which had been based and painted, it also had roads on it as I was going for a city theme. I treated myself to the RoB. It will be difficult to do a city theme on it thanks to the hills, skull pits and existing stone road ways, but on the other hand the RoB only needs a lick of paint and you’re ready to roll and of course it’s very easy to store and transport.  So yes, you could certainly do your own custom board up, and many do, but a RoB will save lots of time.

For me, I like to do DIY when it saves money. If Games Workshop does something already then I am going to more than likely buy it. I haven’t got the time to do lots of conversions unless there is not an existing model and my Blue Peter days are long gone (Turtle sewer box base ftw!). Still, those all finecast units can get really pricy really fast…

What do you prefer, DIY or BIY?  Where do you draw the line?