5th Edition – the Good, the Bad and the Future Part 2 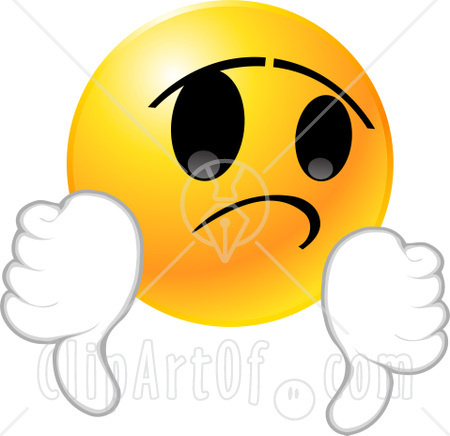 Here’s part 2 of yesterday’s post! We looked at some of the best things of 40K 5th edition and now it’s time to look at the other side of the equation – The BAD.

Marines, Marines, Marines and, oh look, Marines – Don’t like Marines? Tough you’re going to see them and enjoy them and you’re going to invite them back to your place! Marines have always been Games Workshop’s cash cow but roughly 50% of the armies completely released for 5th edition have been Marines. Whilst they might play very differently and bring different strengths and weaknesses to the table, playing against T4/3+ dudes in Rhinos or Razorbacks with support over and over can get tedious – even if they are all different colors of the rainbow with various associated flavors.

Whilst Marines might be a big seller for Games Workshop, other love needs to be given to other armies and not to the point where it’s an equal ratio, particularly when you quite often flub with non-Marine books. Imperial Guard, whilst an excellent army, is a limited book. Tyranids are crying to the Hive Mind about the injustice of it all and Sisters of Battle are praying to the Emperor and lamenting their breasts which so clearly differentiate them from Space Marines (wait, isn’t that all three Cruddance books?). Regardless of how it is done, there needs to be more parity in non-Marine to Marine releases over the course of an edition and there needs to be more VIABLE competitive non-Marine armies over Marine armies for conventions (hobby based events) and tournaments (competitive based events) to not be awash with your skittle bag of Space Marines.

Company Goals – I said this above but seriously, a teeny tiny change in philosophy is needed and I mean teeny tiny. Care about your dang rules. Yes you make great models and yes you make a wonderful hobby but the minute you put rules out, you make a game to and you have a responsibility to your customers to try and make that game enjoyable through balance. We don’t want chess – we’d play chess then but we don’t want the mess that was 3rd and 4th edition where Space Wolves and Chaos lol’d at everyone.

Keep the same love and dedication that you do to the models and background – you want to be a models company and that’s fine but you already invest millions of man hours developing rules for your models, why not go that extra little bit and make them that much better? In this line of thought, Matt Ward = good, Jervis = bad, especially when he puts in writing for one of your official Fantasy FAQs that trying to take the best combination of wargear is evil and the eighth sin of the bible.

There are obviously a lot of ways they could improve overall and in comparison to some other companies such as Privateer Press, this can become readily apparent but there are a lot of good things about Games Workshop. Because of their past lack of caring in relation to customer feedback and tightness of rules, even just a little step forward here would be huge for many people.

Transports – too relevant? – Whilst making vehicles part of the actual game was a needed and financially important move, it probably went too far. There are literally hundreds of posts on many, many blogs on how vehicles can be changed for 6th edition but the bottom line is something needs to be done. I personally think the biggest issue here isn’t tanks (other than single gun tanks which are over-priced and often quite bad) but transports – the question often is why aren’t you taking a transport? For a moderate to low amount of points you get extra movement, defenses and durability whilst often bringing a mobile heavy weapon to the table. Tanks should be really durable but transports less so and whilst this should generally be represented in the armor value, perhaps something a little extra to differentiate them on the damage table?

Regardless, vehicles need to still be relevant and so do transports but not to the point where if you don’t take them you have to have a really good answer to why not. Hybrid armies are what I’d really love to see more often than not and that is certainly the direction a lot of the latest books have gone but there is still the option to literally spam vehicles out the wazoo with minimal opportunity cost.

Close combat/assault & Cover – Shooting is the dominate factor of 5th edition and whilst close combat or assault certainly isn’t dead, it can take a back seat when building particular lists within the 5th edition constraints (i.e. MSU mech spam). Whilst this can certainly be a by-product of a list building philosophy, the inability for combat units to jump from combat to combat and therefore quite easily be forced to assaulting only one unit and then shot has pushed their need in army lists down. Some armies can do this better than others (i.e. really tough units or units which get better after killing a unit in combat, really fast units which can tie up multiple enemy units, etc.) but a slight tweak to making combat a more necessary part of list building would promote more army wide options and builds seen.

I think we all know that cover is going to get smacked down to a 5+ which is a double-edged sword and relates directly to the point above. Worse cover means vehicles aren’t as silly durable as they are now which is important to bringing in a balance between mech and foot based armies but it also means shooting is even more effective. The current universal 4+ cover save might be the only thing stopping alpha-striking from dominating the game and changing this to a 5+ could see shooting galleries come into play more with less emphasis on movement. This change needs to be made within the framework of a lot of other minor rule changes to ensure this doesn’t happen.

This is pretty long already so I’ll keep this short, particularly since in most points, I’ve alluded to what are some of the changes I think should be in order for the game to move forward. Overall, 5th edition was a great step forwards in terms of producing a good game for Games Workshop. There are still plenty of issues which are there to be resolved and plenty of things which could be added in whilst keeping the same core concept which many of us love. By moving the game forward you keep it fresh for many people but by keeping the same philosophy which 5th edition appears to have been made with (to make a better game), Games Workshop is going to satisfy a greater percentage of their customers. Keep the hobbyists and more casual players happy with your excellent models and fluff but with just a little bit more effort and maintaining the momentum from 5th edition, you’ll be satisfying the more gamer/competitive crowed to a greater degree as well. Win/win.

Or Games Workshop can ignore a part of its customer base as usual and do a complete 180 with 6th edition and potentially see a mass exodus of players like they did in 4th edition. Time will tell and here’s to 6th edition being better than 5th!

And that’s that folks! What were the worst parts of 5th edition for you (gets prepared for TLoS & Wound Allocation out the wazoo) and what do you think 6th edition will bring?