Goatboy 40K: In Defense of Assault 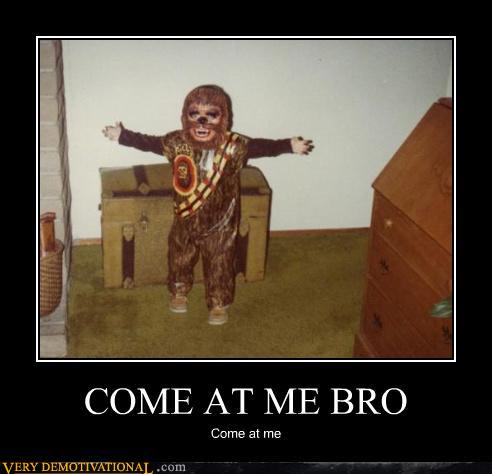 Goatboy here again – chatting about the dying gasps of 5th edition. Today I want to give some counter points to the whole assault is dead nonsense I see in a lot of online battle reports.

I don’t know about you, but those lovely pictures of neat armies with cool terrain just get boring real quick when see the common sight of a parking lot full of boxes and pew pew cannons. It’s like some folks are playing a different game of 40k where math nerds rule and we all play with our minds as there isn’t any need to roll dice and create uncertainty and drama. We know the odds so just preset lists on the table and run the scenario on our TI85. When did 40k become the mathlete future?

Now I know the cool kids think that 40k is all about the bullet, energy beam, or crazy flying coachrock grenade dominating your dice dreams and math-a-thons but I don’t think assault is dead. Heck I think that the better players use the assault phase to win beyond just hoping to roll that 3+, 5+, and then a 6. This isn’t a space laser opera of death, this is a crazy grim dark kill fest that has chainfists, chainswords, chainbelts, and chainpuppies. Here is why I think assault is a lot better then just sitting across the table from each other and taking out your calculators to generate the shooting odds.

1. You get to interact and control the opponent.

Assault lets you move again basically. This is huge because a lot of the games we play deal with some kind of objective to accomplish. Yes one of the missions is basically considered a draw fest, but when you play a smart, assault minded player you know most likely they are either going to get your poker chip or at least contest it with some nut job holding an energy fist. The other interesting thing is that as you move to engage your opponent you start to control where they are going to be at all times. They will be backing up and circling the wagons as you move in for the kill/contest. 5th edition was all about movement and the army that can get across the table, steal all your candy, and live to tell the tale will win a lot of games.

I see this in how Orks are winning and doing well in events. They play the massed horde design that is hard for these MSU armies to deal with due to the nature of the 4+ cover save. I usually play aggressive lists that are designed to ginsu up those fat blobs of green goo so normally I get there, read my dirty limerick standard, and go to town dealing 10+ wounds. A lot of those parking lot armies just have to hope they can cause enough math to break through the 4+ cover save those massive mobs of jerks have as lootas roll dice and hope to break down calculus. 2. You get to hit multiple targets.

The ability to multi-assault is extremely powerful. In fact this is what makes or breaks a good player from a great one. Knowing your movement phase to allow for the maximum amount of damage. Yes I know you can drive 12 and make me roll sixes but that still leaves me the chance to blow your business up. Heck how many times have you seen a good player assault with one guy from the assaulters on the initial target unit and then wrap around a few tanks. They could get lucky and do the massive stun lock down the line as they stay nice and snug in the snuggie of bloodshed.

We all know spreading your army across the table is a bad idea. Leaving your army without back up is a recipe for losing so when you see those piles of tanks trying to break your 4+ leaf save you go in, touch all of them with your dirty cheeto stained fingers, and go for the throat (or crotch).

3. Assault allows you to shoot and then assault something else.

Just like the idea above, your unit could get to target two targets. Yes it doesn’t happen all of the time but when your army has assault on the brain then you constantly move for the shoot, blow up that box, and then punch the dazed innards inside. Getting two for one is huge and having the rules allow it easily is a great advantage the assault phase has. That blown up fox hole is going to be a blood pit as soon as my Goat Hunters get in there, mess things up, and then order a crap ton of pizzas for you to pay for when they leave for the next blood pit.

4. The psychological factor of losing dudesmen to the chain, knife, and super fist is huge in a game.

There is an underlying factor of drama in any game. I know we all like to play and secretly we want our plans to win us the game. Getting into their business with punch heavy troops is one way to push the opponent into bad decisions. A lot of players will over extend to “save” their guys from the knife when in reality you should just dump those loses, move on and hope the unit only kills another small bit of your army.

A lot of my assault heavy lists with some kind of death star are designed to lose that star in the first 3 to 4 turns of the game. This way the opponent will be so focused in dealing with them that my evil “weaker” goat tendrils will get into place and control the end turns a lot easier as the opponent scrambles to win an objective. I win a lot of games just in the movement phase (ask Darkwynn about my lovely dice rolls) and forcing my opponent to make decisions is how I can “break” an army.

5. Assault lets you abuse one of the most likely changed rules in 6th edition – cover.

Assault lets you abuse cover. A blown up vehicles is a great way to make a new wall your opponent can’t see you behind. That crater your 35 dollar box left behind is great for my guys to sit in as they take some punishment. Heck if you are contesting/controlling an objective going to ground is a must. I love me that 3+ magical save. This squatting mentality means that going to ground is a huge advantage for you as the unit is still completing their mission – being a pain in the tookhes. So with that in mind will see what 6th will bring. I hope that we see 5+ cover and a much more brutal vehicle damage chart. I also want to see changes in some weapon category options. How many times do you read the stories about Rapid Firing Bolters allowing the Marine to assault after unloading a bunch of bullets? Seriously why does it just allow you to sit there, holding your genetically modified junk, and looking like a maroon as you get assaulted back.

So what was your final verdict on the power of assaults in 5th Edition?