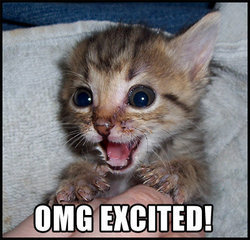 MBG back again with the last, for now at least, of my Games Workshop 2012 Release Schedule musings.

Last time I talked a lot about the all the rumored upcoming releases, but what about post 6th edition?

What do we have to look forward to this fall?

So today’s rant will be about late year releases. Standard caveats apply-  I have no concrete facts to back any of these predictions on (or where I heard the facts that I do have, I can not say). It is confirmed now that the reboot of the Citadel paint line will headline April’s new releases with 145+ new products!

The new painted launched April 6th, and the new White Dwarf has a comparison chart for you to use to match up all the new colors to the old ones!!

Best of all they are the same price as the old paint, so not too bad there.

It’s also breaking right now, that Empire will be the next release with White Dwarf pictures leaking all over the Internets.

Looks like my last article (that was written middle of the month) was spot on, before any confirmations about any new releases! Although I did guess that Empire would be first, followed by the paints- but hey we’ll take all the new stuff at once!

I even wrote that article based on concrete facts, and the evidence of years of sales data, whilst ignoring the popular rumors of the day.

Word on the Street

Well if you have been listening to the rumormongers out there, it seems that Dark Angels and Chaos will be the predominate releases of 2012.
I hate to be a dream-crusher, but that clashes with pretty much all trending data from the past 13 years of actual “business model” Games Workshop releases.  There has never been a double astartes release, and I doubt there will ever be.  There have however been multiple Astartes splash releases, but not full lines.
Why, well Astartes releases are a cash cow for GW, and there is no way they would endanger that revenue stream with dilution.  I imagine that if the rumored Dark Angels / Chaos Marine Starter box does come out, that the Dark Angels “release” will be contained just to the starter box themselves.

Chaos however I’m sure will be a full release, with a rumored four waves of miniatures planned.  Chaos, is GW’s truly unique IP, as there is nothing else like it out here. The fluff, ideas, names… everything pretty much belongs to them.
Well almost…. Abaddon, is Greek for destroyer and Hebrew for place of destruction, plus some other terms are “borrowed” as well (Prospero is actually a moon of Uranus- jokes aside).   Mostly however the majority of the Chaos fluff is truly unique and therefore wholly proprietary to Games Workshop.
So we’re all pretty much on board that there will be a new rule-set sometime this summer. Perhaps the middle of July, but I still hold firm that it will be May, or early June.  Followed by the starter box release sometime in August / September.
All of these assumptions track with traditional sales data from releases back to 2005.
Fall of the Xenos
But what about the Tau? Yes…. what about the Tau/ Eldar?  Most of those rumors have been debunked since February, but lets stop and think for a second.

What has the last several fall releases been for 40k?

Yup that’s right Xenos, with Tyranids in Dec/Jan of 2009/10, Dark Eldar in November 2010, and Necrons in November of 2011. Heck Orks were the main, and splash release for the two years preceding that. So Fall / Winter truly belongs to the Xenos as far as releases go, at least according to the last five years of sales history.

So what does that mean for this years big fall release? Well, if I was a betting man, I would say it will be Xenos based!

But which one you ask?

That’s where conventional wisdom goes out the door. There are more Tau rumors out here than anything, but forgive me for saying it, they really don’t need a new book. That is unless they get hosed by 6th- which I doubt with the rumors of LOS blocking “dense” forests returning..

Eldar however, do need a new book.  Sales wise Eldar blow. We barely sell any Eldar at all (which probably translates the same to GW sales figures as well).

Why? Well form a play standpoint, they are terrible. They don’t stand up well to any current book, and it really seems to take a veteran player to even tread water with them at the competitive level. They are definitely not a starter army, but they do have a HUGE following.

So from a purely sales standpoint Eldar need to be next, less they fall into the abyss that swallowed the Dark Eldar for so many years.

Tau will be great to come out, don’t get me wrong, but they will sell regardless of a new book or not. This is an article about a business, and sales drive businesses so we gotta keep it in that perspective.

Will it be Tau or Eldar? Only time will tell. But as a businessman, I’m sure you can see what side I am on. Plus I play both too, so it’s win/win! Flyers you say? Well yeah we have heard that before, but let’s discuss shall we? Will Games Workshop release a new big Flyer expansion right after a main rules release?

The answer, at least from me is a resounding “NO!”

Why? Well first off it’s unprecedented, they have never done a full rules set, and then an expansion in the same year…. But that does not mean they won’t?

Heck just a few years ago they released two new books at once Daemons / Daemons anyone?

My guess is that if they do release a splash of flyers it will be because you will need them in 6th edition. It wont be an expansion of sorts, just a quick catch every army up type thing.

Looking back over the last several years the only real releases besides usually one 40k and one Fantasy release in the fall, were splash releases. Last year was sporadic Finecast re-sculpts, and the year before that was splash daemons.

So who knows. I am not opposed to yummy flyers and maybe a Hyrda Flak tank, no sir. But Santa please bring me Eldar for Christmas!

Hope you enjoyed my two cents. Join me next time for more spare change, that you can believe in! -MBG

Author: Robert B
Robert is a veteran tabletop and miniatures gamer, and writer with over 20 years of experience. His specialtiesies are the worlds of Game's Workshop's Warhammer. He began writing for BoLS In 2010.
Advertisement
Chaos Marines Dark Angels Editorials Eldar T'au Empire Warhammer 40k
Advertisement

40K NEWS: The StormEagle has Landed! 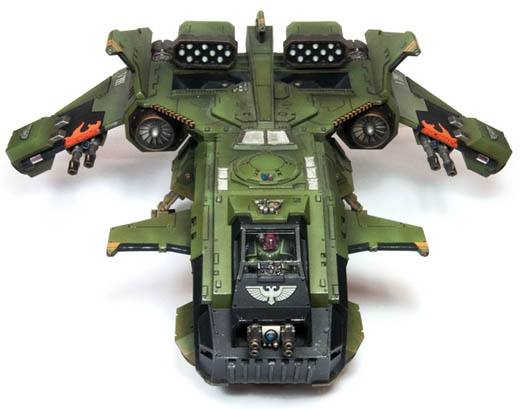