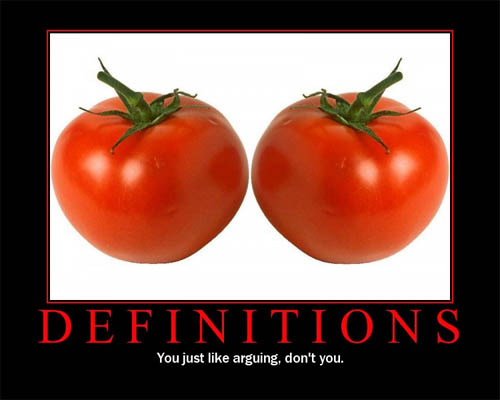 Professional Game Designer Mack Martin (DUST Warfare) has decided to open up our new segment with a talk on the difference between tactics and strategy in tabletop wargames.  Come on in…

Now that I’ve gotten my computer back from the shop, it’s time to write another article on tabletop game design. I thought I would begin by discussing a variety of elements that I find terribly fascinating. So in this first article (in a series without number) I’m going to talk about what actually makes a game tactical, or strategic.

First, we have to understand that while the two terms are often used interchangeably, it’s far more useful for us, as designers, to separate the two terms and define them a bit better. So let’s define the two. These definations are far from universal, but in tabletop games they give us a common lexicon by which to discuss extremely complex subjects.

Strategic
A strategic game gives players a lot of flexibility in what they can bring to the table. Each player makes decisions before the game begins, often uncertain about critical factors. The player is then presented with a scenario, and must attempt to achieve success by formulating a strategy, and implementing it through the course of the game. Randomness often plays a large roll in strategic games, as players should not be certain of their success. They are taking calculated risks, and attempting to maximize their chances over the course of an entire game.

Tactical
A tactical game focuses on a players responses to his enemies actions. The player knows every detail of the game, which often does not change from one play experience to the next. The player is primarily focused on defeating his opponent, by outplaying him every step of the way. Tactical games can focus heavily on “tangential” skills, which are those that are not part of the game rules (such as reading your opponent).

Armed with these definitions, lets take a look at some games. This looks a lot like an Ars Magica cover…

Chess
A classic tactical game, by these definitions. Each player knows every element about his opponents forces, their deployment, their attributes, and the conditions for victory. There is no randomness in chess. A player can assess a situation on a board blindly, by walking up to a board in play, and discern a “good move”. He might not know some key information (such as whether or not the opponent is risky with his Queen), but for the most part finding an optimal move is possible.

However, it still has Strategic elements. High level players may know dozens (or more) common strategies, which include early game gambits, mid game baiting and dozens more. These players will attempt to read their opponent and his moves (a tangential skill) so that they can predict his actions. This gives them the chance to react with the proper counter strategy. These strategies, however, only begin to manifest as players begin to second guess each other.

Computers playing the game attempt to remove as much randomness as possible, rather than predicting their opponent. They simply try (often successfully) to find the most tactically advantageous outcome in any single situation. However, one could say that the algorithms the computer calculates from are a strategy of a sort. There is a “tangential skill” joke here some where…

A more modern classic, Texas Hold’em Poker is a bit trickier to classify. Players know the win conditions (get all the money) and the rules do not change from round to round. However, the board changes from round to round, as does the players ability to interact with the board. The player must enter the game with an overall strategy, often honed purely through experience. He can know the odds, but he can never know for certain what the other players are holding. This makes the game strategic in nature.

Unlike chess, joining a Texas Hold’EM Game requires a lot more variable assessment, and guessing. You can guess at each players relative skill (by the chip stacks). However, each players betting strategies and responses to shifting inputs can only be learned through observation.

Tangential skills and dwindling resources both make the game more strategic as well. Reading your opponent and subsequently making choices based on this discerned information (which might be false) is a further gamble. This combined with altered strategies as resources dwindle or increase, makes for a very strategic game.

Computers aren’t as good at poker as they are at Chess. I make this statement knowing that some jerk at MIT has probably already made the worlds best poker robot by analyzing human beings patterns of play over thousands of hands and using this algorithm to guess likely responses to known inputs….

Where was I? Oh yeah… randomness. All the randomness in Poker makes it much more difficult for a computer to player nearly perfectly. It instead must base its decisions on an algorithm, which makes the computer predictable (to a sort) and skilled Poker players can guess when it will decide to bluff (usually on a random timer) or when it is attempting to bait you with a good hand. Heck, that algorithm mentioned above, uses your moves to predict you… so you can just play badly, then suddenly switch into awesome mode to defeat the computer… or the reverse! I wonder how I unlock the romance options…

Warhammer 40kI’ll use Warhammer 40k as my final example, because so many readers are familiar with it, and because it just got a new edition. Part of that new edition fan chatter has seen a lot of players claiming that random elements in the game remove skill. This makes it a great example of Strategic vs. Tactical. For the most part, I put forth that Warhammer 40k, in all of its editions, is a primarily “Strategic” game. While there are tactical elements, the play experience revolves around reacting to a variety of random factors. You can know the odds, but you can’t ever predict an outcome with certainty.

Oh kay… so this article came in a bit long… so I’m stopping it here. We’ll continue next week. I’ll talk about making a game more Strategic/Tactical, and I’ll get on my 6th Edition is good soap box for a bit. That’s right, you have my permission to have fun instead of complaining. I know… I’m as surprised as you guys.

~Give it up for Mack everybody.  We are so pleased to have him drop in on BoLS and he tells us he will be back with future installments in this series in the days ahead. His personal blog is DiceLikeThunder.