Warmachine – Vengeance is Sweet – Delving into the Retribution of Scyrah 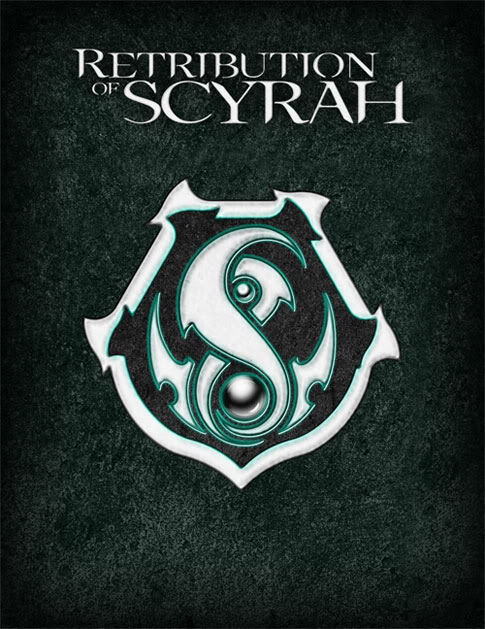 Since March, I’ve had a project on the back burners that is finally coming to fruition: starting my Retribution of Scyrah army.  I’m a firm believer in not putting a model on the table unless it’s painted, so consequently it can take me a while to get from purchasing a new army to actually playing with it, but now I have my first 50 points painted and ready to strike.

This article is the first in a series documenting my experience with the faction (not unlike the series on Cygnar and Circle Orboros that I occasionally chip away at here).  I’ll start by discussing my preconceptions based on my experience playing against the faction as well as what I’ve read online or heard on various Warmachine-centric podcasts like Road to War, Muse on Minis, or Chain Attack.  Further articles will deal with how my perception changes based on actual play experience while also discussing list building and strategies that I find to be personally effective.  So, let’s dive in… Thus far, my experience fighting against and discussing the faction has colored my perception of the faction to be one that is largely reliant on their infantry to carry the weight.

Looking specifically at their warcasters, very few of them inspire the dread of assassins like Caine 2, board controllers like Haley 2, ‘jack casters like Feora 2, infantry shredders like Kreuger 1, or unstoppable killing machines like Terminus.  The only real exception, I feel, is Rahn with his multitude of spells that move models around and his feat that makes House Shyeel Battle Mages really hum.  Otherwise, I tend to view their warcasters as being mostly for supporting infantry or delivering a final, killing blow to an enemy warcaster or warlock when necessary.

Their warjacks, known as myrmidons, are interesting.  Every single heavy warjack has some kind of ranged weapon, but not a single one of them has a melee weapon with a base P+S above 17.  In fact, the only two that have melee weapons as high as a 17 are also really expensive with at PC 10.  Fortunately, the Arcanist solo, which seems as ubiquitous in a Retribution list as the Choir would be in a Protectorate list, can increase that value by two via the Concentrated Power special action.  Unlike the Choir, the Arcanist (or any other support model) doesn’t increase their melee accuracy at all, which is a concern considering that their non-character heavy warjacks are only MAT 6.  This specifically makes high-DEF, high-ARM targets like Warpwolves particulary challenging for myrmidons.  There are some workarounds here, like using the Banshee’s Force Cannon or Arcantrik Force Generator’s Teleforce Cannon to knock a target down with Momentum, turning a target around with Rahn’s Telekinesis, making the most out of focus allocation with Ossyan’s Chronomancer, or setting up a Synergy chain with Vyros 2, but there aren’t any simple spells or abilities like Hymn of Battle, Positive Charge, or Dark Guidance to increase accuracy.

As mentioned earlier, their infantry seems to be where it’s at.  Houseguard Halberdiers and Dawnguard Sentinels both strike me as two reliable and flexible melee infantry choices.  Stormfall Archer units also are armed with a trio of attack types that seem to fit any occasion from putting damage into heavy targets, carpet bombing high-DEF, low-ARM infantry with AOEs, or lighting Shield Wall infantry on fire.  I talked about the Mage Hunter Strike Force at length in a previous article, but I’ll just keep it short by saying that my own experience against them has been unpleasant, and that I look forward to granting the gift of that unpleasantness to other area players.

After spending the past few months painting up my Retribution army (while also getting distracted by Other Things), I finally have a 50-point list that’s ready to hit the table.  I decided to start with Lord Arcanist Ossyan, since he does a lot of things that I look for in any warcaster or warlock.  He can increase damage output with his feat, increase accuracy by shooting a model with his Chronophage Cannon to debuff the DEF of it and any nearby model, enable his forces to remove swarms of infantry with Shatter Storm, and increase friendly threat radius with Quicken.

Starting with the Ossyan’s battlegroup, I’ll begin with Hypnos, his character warjack.  While Hypnos isn’t particularly scary on his own, his Affinity rule with Ossyan grants Hypnos Void Lock, which denies a model hit by Hypnos’s ranged attacks from channeling spells, receiving focus, or being forced, making Hypnos a solid denial piece against both warjacks and warbeasts.  While P+S 16/14 on its melee attacks aren’t great, Concentrated Power from an Arcanist will effectively boost that up to P+S 18/16, and with a base MAT 7, it’s pretty accurate.  Stack that with Mechanical Seizure on his fists, and any warjack that Hypnos doesn’t finish up close will a prime target for my ranged troops.  For Ossyan’s second warjack, I’ll add in a Banshee.  With Reach, Momentum on its gun, a decent damage profile (made dangerous via Concentrated Power), and a fantastic extra denial ability for nearby enemy models, I think it’ll mesh quite well with Ossyan.

With colossals starting to show up at more and more at my local stores, I wanted a good tool for taking them on, so for my first infantry choice, I’ll be adding in the Mage Hunter Strike Force with Commander.  With ‘Jack Hunter and Ossyan’s feat, a single Strike Force can bring a colossal to its knees if not destroy it outright.  To further increase ranged capability and to make up for the Strike Force’s inherent weakness against warbeasts, I added in a pair of Stormfall Archer units who can not only put POW 12+3d6 damage rolls into a single target, but can also take on things like Bloodtrackers or Kayazi that the Strike Force might otherwise struggle against.

Quicken is a great spell for melee infantry, particularly melee infantry that have already-respectable DEF stats, so to balance out the list I added in a full Houseguard Halberdier unit with the Officer and Standard.  With Reform and Quicken, the Halberdier unit can move up to a total of 11″ during their activation in Shield Wall.  With Set Defense and Quicken, they’ll effectively be DEF 15 against charge attacks, impact attacks, ranged attacks, and magic attacks.  Anything that manages to hit them will still have to deal with their ARM 18 as well.  To top it all off, the Halberdiers also have Ranked Attack, meaning that they’ll never block line of sight for my ranged attackers that are moving up behind them.

This leaves a few points left over for solos, which I’ll fill with pair of Arcanists for supporting my myrmidons, a pair of Mage Hunter Assassins to run up the flanks and scare my opponents to death, and Sylys Wyshnalyrr to help maintain Ossyan’s upkeep spells.  This brings my list to:

This list will be hitting the table this week.  Expect battle reports and first impressions soon!