Cryx: The Kraken Do’s and Don’ts! 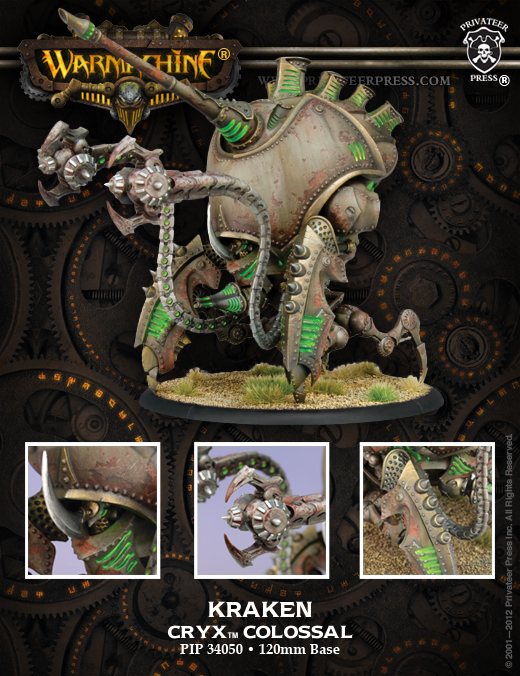 Hello everyone, Caldera here to talk about the amazing Kraken from Privateer Press.  I have had a few weeks to play with this awesome Colossal for Cryx and I have to say that I am very pleased with it.  Very much so that I am squeezing it into every list I play now.  I just can’t help myself, it’s too awesome not to play with it!

So what I want to share with you are the things I have found out by playing with this new model for a while now.  I have had quite a few things catch me off guard about the use of this colossal.

It’s not all bad though, there were a couple of things that I had to learn the hard way.  When I did though I started to really enjoy this Colossal.  Here is a few things I found out I liked a lot about it.
I absolutely love what the Kraken has done for my fledgling Cryx army.  I play pirates and the Kraken just fits so well with my play style and theme.  There were a lot of naysayers when this piece came out but I think some of them have come around to enjoy it.  Our local Cryx player, Spiderbite,  was averse to it at first but I think I talked him into it somewhat.  Now we are both terrorizing the local populace with our Colossals and having lots of fun doing it.

If you are still holding back on picking one of these bad boys up, think about it again.  It’s so much fun!