Steamroller continues to be the primary tournament format for WM/H, but it is not the only way to play. could playing non-steamroller events actually help your game?

I want to start off by saying that I consider myself a competitive Warmachine player. I may be a complete unknown in the National meta, but I’ve got a few wins under my belt. I play in every tournament I can get to, and I’ve done well in a few of those events. But Steamroller events aren’t the only way to play. In this article, I want to look at a few of the advantages to playing in some of the extra events that Privateer Press puts on for their players.

Every year, Privateer Press puts on a number of special events. Some of these events are to promote a new book release (Domination/Wrath release events, Collosals release events, etc). There are ongoing events like the Journeyman league and this year’s War Torn Alliances seasonal leagues. There are some one-off events like the Summer Rampage or the Longest Night event. I think these events are one of the things Privateer really has going for them. Not only do they make a great game, but they support the community through these cool events. But why play in these events instead of just playing all Steamroller, all the time?

You Can Win Cool Stuff

I think this is the most obvious advantage to playing in non-Steamroller events. When Privateer Press puts out an event, they make kits that can be purchased by game stores and press gangers that include some kind of interesting swag for players to earn. some events have faction-specific coins to earn, others have patches to put on your gaming bag, some have pins or other prizes.

This might not sound all that cool to some people, but other people love it. I’m one of those people who will go out of his way to earn every little bit of swag I can. If you make an achievement or award for something, I’m going to get it. It’s fun to win stuff, especially when it’s something unique or faction-specific. I find these awards much more interesting than just collecting a bunch of Steamroller coins.

I’ve got a fun little collection of stuff I’ve won at events, including a ton of patches, a few coins, some pins, a signed poster, and (my personal favorite) a beer mug with a Skorne symbol on it! and none of these awards were necessarily for winning events.

you might earn patches for playing a certain number of games (regardless of outcome), or for playing with a painted army. one league this year had a patch for making a piece of themed terrain. Most events have coins for each faction, making the field of people you’re playing against for an award a bit more manageable. This is great for newer players, as it can give them something to strive for without having to beat the best players in the club before they can earn anything.

You Use New Models

One advantage of specialized events is that it forces you to try new things. Just because you have one list that you’ve tuned up and gotten good with doesn’t mean that’s the only way to play that caster or event that faction. There may be some casters or models that you have sitting around in your collection that haven’t seen the table in a long time. Special events get you to rethink some old models and try them out again. Some of them might surprise you.

For example, we just played a Collosal release event last month. To earn some bonus points, I played a game with pVyros using his NQ theme list at tier 4. I had only played Vyros once before that game, and hadn’t even considered his theme forces. The list was actually very fun to play, and stronger than I expected. Because I played it at the release event, it may end up seeing time on the table in the future.

The various seasonal leagues even offer unique models to play with. some of them aren’t very good, but it gives you something different to play with. this can help your overall gameplay by learning to adapt new models into your playstyle, even if that exact model won’t be in any list in the future. Privateer also seems to use some of the seasonal cards as a way of playtesting future ideas and getting feedback. For example, last year one of the seasonal models was a Titan Cannoneer with Far Strike as an animus. it made the cannoneer a lot better and actually showed up in lists. Then domination came out and sure enough, skorne got Far Strike and Cannoneers started showing up in lists again.

You Play Against New Stuff

As you’re using new models to get points, so are your opponents. It’s good practice to play against a lot of different casters and play styles to find any potential bad match-ups or strategies that you don’t normally encounter. In a steamroller environment, you tend to see the same casters every time you face a faction. How many times have you played any Menoth caster other than eFeora, Harbinger and pSevvy in a steamroller? In a special event you may face some new casters that will prepare you for that one time someone pulls a new caster on you in a tournament. Aside from the practical help playing against new things gives you, it keeps the game fresh. It’s more fun for everyone involved if you get to play against new stuff as often as possible. Just because one list does well in a big tournament doesn’t mean that everyone needs to play with that caster or those models. The more different stuff you can face off against, the better you will become.

Special events and leagues impose all sorts of interesting restrictions and open up interesting combos. They also tend to have weird missions that challenge your list-building and play style. You might have an event like the Summer Rampage where you’re forced to take 2/3 of your army in ‘jacks or beasts. You might have a scenario like the Collosal release event where bad things will happen to your caster if they end up more than 10″ from the centerpiece. All of these special little rules challenge your creativity. In the Collosal release event, do you leave your backline caster at home and try something a little more aggressive for the scenario? or do you try to end the game at range before the weird killbox limitation applies? To top that off, how will you run a list with only a battlegroup at 50 points to earn a few extra points? Or in the Summer Rampage event, how do you engineer a situation where you use a jack or beast to kill a model that is being held down by one of your other models?

While most of these situations will never apply in a tournament game, they force you to look at your lists differently. Maybe you’re a player who is comfortable with scenario play and tends to play it safe. How do you respond when you’re forced to play aggressive or you need to win by assassination to get more points? Maybe you’ll find a good assassination list that will end up in your arsenal in the future.

There’s a lot of talk right now about the potential changes coming to us in Steamroller 2013. Every year’s steamroller is different. The more you’re able to adapt, the better you’ll be when the tournament rules change. Stretching those creative muscles with other events is one way to make yourself more adaptable for new scenarios and rules in future steamrollers.

There have been a few articles and podcasts recently that have been focused on making gaming groups more competitive. The advice given by certain groups is that you should just keep playing steamroller. Never play a game without using a timer and a Steamroller Scenario. Play your competitive list over and over again so that you get better with it.

Sure, all of those things can make you a better player. But I would argue that taking a step back from tournament play and expanding your play experience will make you a better tournament player. put down the deathclock and the super tuned eHaley list and try something different. If your group doesn’t currently play special events, talk to your press ganger or local gaming store about setting up some events.

So how about it? Have you seen your game improve through non-Steamroller play? do you enjoy random events, or do you stick to all steamroller all the time? what event formats do you enjoy the most? 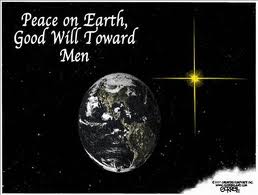