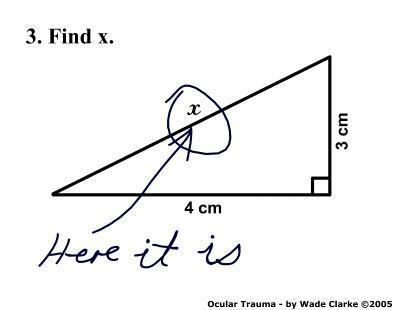 Goatboy here again – chatting about more abstract thoughts instead of delving into the shallow pool of Demon whispers.  Today I want to talk a bit about the math behind the game. Don’t worry I will consumed by Chaos completely next week.

We have all heard the groan of “I should have hit you at least once” when playing this game, especially now with the attack on the wallet known as flyers.  We all get mad at the obviously bad math throughout any game we play.  A quick calculation of every 6 dice should equal to one 6 when rolled together right?  It is the basic building block of our game discussion of is this a Fail or not.  So why the heck am I talking about it?

Well it all revolves back to the thought of why a lot of people are frustrated with this edition.  The biggest gripe I hear is that flyers are not making the game fun and that a few books have some extremely effective tools, while others can only make you feel like you are just slapping your opponent with feathers and getting into tickle fights. I think this frustration all leads back to the idea of how we use and play with the math to generate effects on the battlefield.

When you play a game you only seem to remember the amazing successes or the horrible failures right?  You don’t think about the time that you roll exactly average and continued on playing the game.  How many times do you remember shooting your opponents terminators with bolters and killing 5 out of 6 wounds?  Or how about the time you shot your entire army at one dragon and didn’t even cause a glancing hit?  It is these bits of math that we remember strongly and it does effect our game.

How many dice do you think you roll in a game?  If you added all of them up do you think you would roll average?  Do you think out of the hundreds of dice you would have the proper number of 6’s?  I think the idea of the 6 or the ultimate success really clouds a lot of people’s thought on any game.  I have a friend I play with that I swear always rolls 10 hits and 8 wounds with his venom on me every time.  Of course I don’t see the fact he almost always misses with his dark lance but still he is obviously a jerk face with magical dice.  Or how about the people that swear about square sided dice and how they are obviously better all the time because they magically generate this so called average?

What do you remember from the dice rolls in the game?  I play a lot of Orks so I am already pushing the idea of always needing an ultimate success to do anything at all.  I have had amazing Loota volleys as well as missing all 30 shots.  I know players will always get upset when they perceive that someone is rolling “hotter” then they are.  They might not see all the 2’s and 1’s that were rolling in the batch to generate 3 6’s out of 8 because we are trained in this game to only pay attention to the ultimate success instead of just seeing that out of all the dice you threw you did roll average.  Or how about when you throw in X amount of dice into some terminators and hope you cause them to roll a few 1’s.

This idea that only an amazing success will cause an effect is a lot of our issue right now with these plastic dudesmen on the table top.  Look at some of the latest codexes and how they incorporate this “ultimate success” into a reward beyond just hitting/wounding?  The Necron Tesla causes more hits and we all know in 40k more dice will equal better success.  You also have the ability to cause even more hits if you roll more 6’s to the friends around the electrical charge.  They even have a character that wants to roll 6’s to cause more damage to rain down on you as well.  You mix this in with needing 6’s to remove these flying lunchmeat holders and you got a recipe for a game that only matters on extreme cases of success.

The Grey Knights are another example as they got a gun that rewards 6’s by breaking one set of armor value and making it almost meaningless.  You roll a 6 or it doesn’t matter.  Now I understand the idea of an ultimate success creating a sense of theater and drama in the game so for the most part I am fine with it.  It is just frustrating from a opponent side because we remember the 6’s and the 1’s rolled.

This has been a thought in my head for awhile as I have played a coworker a lot on the weekends.  He plays Necrons and it just seems this guy can’t roll 6’s for the life of him.  Of course when I pull out my ally force of Crons with my Chaos I can’t help but stack on the 6’s as I zoom around the table and bitch about Edison taking all my ideas.  Of course he finally had a explosion of 6’s yesterday when he killed a Dragon with one squad of 10 Warriors.  I guess he finally reached the other side of crap dice rolls and was in a little bit of nerdvana. Yeah I don’t know how I find these things sometimes.  I don’t see any 6’s on those dice though – maybe the bottle?

I think a lot of people’s math on armies and opinions reside in a fuzzy place as it takes 100’s and 100’s of dice rolls to properly judge anything.  I do math on the fly and a lot of the time I know if it is over 50% in my favor I am going to try it because I design my lists to allow for more breathing room to try things.  It is how I win a lot more because I am willing to push and punish the math in hopes that I end up on the better side of the bell curve.

I find it interesting that this idea of an average is what everyone claims to want when in reality they just want as many 6’s as they can get most of the time.  In fact I think a buddy of mine even calls it “Plan: Roll 6’s.”  I know I really only just want to roll as many successes but if all of them are 6’s I will take that too.  I bet if I could go back and see all the dice I have rolled throughout my life would all come out to the lovely average we all want and love. It is that idea that we can effectively say – 66% of the time it works all the time. What crazy dice do you remember throughout the game?  I know killing terminators with Ork Shootas always gives me a smile.  I don’t know how many times I killed Abbadon to bolter fire as well.  I also know I have lost too many Chaos Lords to the dreaded 3 turns of rolling 1 for a demon weapon.

What stories of utter failure and amazing “skill” have you encountered during any game of chance with the dice, rules, and math?