Kirby here with a welcome to the weekly (in theory) Top 10 of confirmed rules (and the odd rumor) and their impact upon the game.

We get news at the Australian office of 3++ is the New Black before you slow pokes in the rest of the world (it helps to be on the fast side of the international date line) – so let’s pretend we don’t all know all of these and take a look at what are potentially the most impactful changes of 7th edition that we know of or are strongly rumoured for.

1) Objective secured – This is going to get two mentions but with everything scoring now, Combined Arms factions get a strong ability in which their Troops will score objectives and only be contested by other Troops. As we’ve already discussed, this could mean very divergent builds coming to the fore…

2) Transports gain objective secured – if bought for Troops. Enter your flyer transports with Hover, speed and durability. Wave Serpents are screaming out here but lots of things are hinting at a return to MSU and even your basic transport moves 18″ with Flat Out…

3) Mission changes – Shockingly this impacts on the above as well but with multi-dimensional missions coming into play, evolving mission objectives and mid-game scoring of objectives, the ability to hold objectives or clear objectives becomes even more important. Emphasis is being placed on having a dynamic army which should see a move away from deathstars (hopefully).

4) Psychic phase – It’s an entire phase now which stops arguing over when they should occur, etc. and is also easier to remember however; more importantly is the changes to how things are manifested and stopped. Deny the Witch is still a thing but is being drawn from the Warp Charge pool (akin to Fantasy) while manifesting powers is more difficult – not only do you have to roll up the correct power but your entire army utilizes the same pool and each Charge needs a 4+ to activate (that’s an average of four charges without modifications for a WC2 power).

5) Allies – Eldar & Dark Eldar, Chaos & Daemons and Imperials are the only Battle Brothers remaining. No more Taudar – the most efficient noobslayer of all time.

6) Unbound armies – The silliness of this is exponential and look to see most tournaments flat out removing this option completely but for those fun narrative games / campaigns when sometimes you really want to take a bit of extra silly, this is for you. I still think most Combined Arms factions will be much better with Objective Secure and mid-game scoring but there is no doubt you can create some really powerful lists with Unbound and set Internet tongues wagging about WAAC types.

7) Changes to Snap Shots / Ignores Cover – This is still rumor but the -2BS/-2Cover for these rules is really big – it makes high BS models more important (Eldar Exarchs; Characters; etc.) and Cover becomes relevant again with the addition of so much Ignores Cover. Both of these rules make significant sense to me and I would love to see these not be rumor.

8) FMC buff – One grounding check a turn – at the end of the turn and only if wounded. i.e. kill the FMC while it’s in the air or else. FMCs get a strong improvement here though this is hopefully balanced out by the changes to Snap Shots; regardless – durable FMCs are likely to be even more common moving forward.

9) Wounds carry over from challenges – no more Sarge sacrifices to avoid a Bloodthirster or a Chaos Lord or the like chew through the entire unit and try to create a tarpit; wounds carry over. This actually makes the Chaos rule of being forced to challenge less bad but still an unfortunate ruling taking control away from the player. I don’t see super choppy characters being a thing still but they aren’t as easily nullified as they were before.

10) Consolidation into combat – Also still a rumor and why I’ve slotted it in at number 10; we are not sure what the mechanic is (same as 3rd and 4th ed?) or if it’s even in. If it’s a D6″ as previously, not a fan (I don’t like unnecessary randomness) but if it’s a set distance (i.e. 3″) this is finally an advantage for assaulting armies. We don’t know the rest of the interactions however; such as Overwatch (and whether or not snap shooting is -2BS) but we do know terrain limits charge distance by -2″; solid addition and I hope this is carried over into general movement as well.

We should have the book in a couple of days and we’ll be able to go through the Top 10 changes and confirm what we didn’t know but so far things aren’t looking like the sky is falling… Give us a moment though and we can make something out!

Anyway, check out the latest pictures of 7th edition and of course the rumour round-up on the BoLS lounge.

Author: Kirby
Kirby Enthusiasm is one of the well-known players in the Warhammer tabletop gaming community. He is the man behind the 3++ website, and a Warhammer 40K competitive player. He began writing for BoLS in 2011.
Advertisement
Rules Tabletop News Warhammer 40k
Advertisement 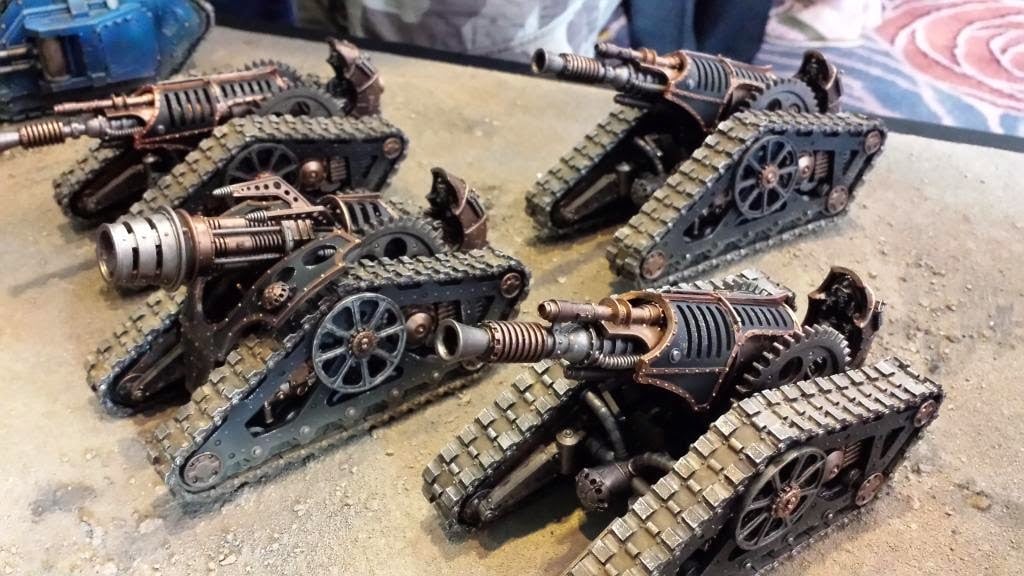