The DIRT – Why Terrain Makes Us Fight in Infinity? 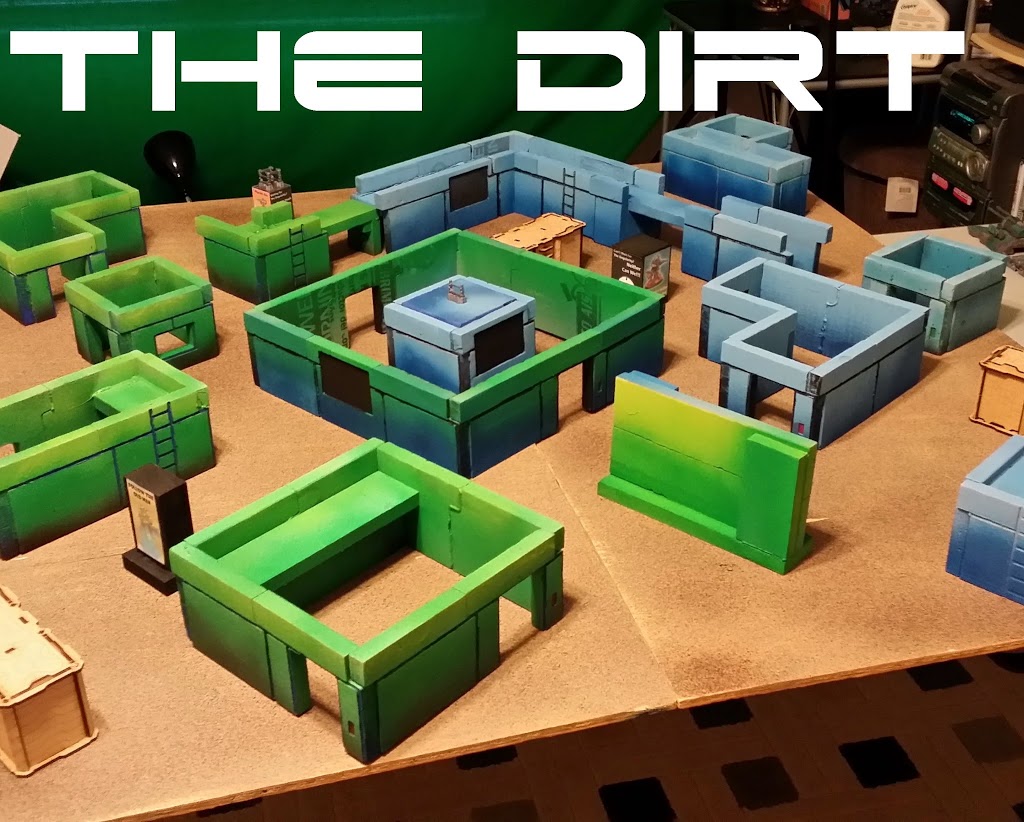 The DIRT Editorial on Infinity Terrain and Weapon Distance Bonuses

I’m departing from the normal format for one week only because I found that I needed a little more time to finish what I had planned for this week.

Setting the Scene for the Editorial
If someone asked me if I wanted to play on beautiful or playable terrain (and could only choose one), I would choose playable 100 percent of the time.  It’s not that I don’t want to play on nice terrain, but I want the game to seem balanced before I care if you can take the roof off of a building to play in the interior.  This might get the ire of a lot of terrain manufacturers…. but trust me when I say I’m just getting started and it’s not your (the terrain manufacturer’s) fault.

Third edition for Infinity gets announced and one of the first things that are discussed to be revamped are the distance bonuses for the HMG.  This is a complaint that never pops up at my store.  I mean not once.  So why might that be?  I started going through the photos of the tournaments to see what kinds to tables people were playing on.

The complaint on the rule stemmed from “Pretty Terrain”.  Tables set up with manufactured terrain in boxes that looked like buildings, lined up on what looks like streets.  I’ll give you a case in point below: The sight lines on this board are so completely extreme.  Snipers and HMG gunners would have no issues with camping like an eight year old playing Call of Duty.  Confused by what I mean?  Let’s look at same board with ground level sight lines that stretch 3/4 of the table or longer. And those are just the ones that I can see regardless of the camera angle.  I’m sure there are more.  Before you complain that some of the lines are across the player’s deployment zone, play against someone who fields one AD troop that makes your life with no terrain in your deployment zone a nightmare.
I’m not blaming the terrain makers…
Although I’m using this as an example of why people might be complaining about the wrong rule.  The individual pieces of terrain are most often not the problem.  The problem is how the terrain is set up.  If it’s set up for the aesthetics of walking into the tournament to the exclusion of the players playing the tournament, it’ll cause rules issues.  And the fix isn’t that difficult.  Add two or three more pieces of terrain, spin the terrain to be diagonal to the board’s outer frame, and you’re done.  I wish I had access to the terrain in the photos above, to really illustrate my point.  I could show just how easy it would be to make the board more Infinity friendly.
Let’s take a look at another Infinity board that made me more than a little sad: There’s just too many lanes of fire that stretch the length of the board to draw here.  To be fair, these were players new to Infinity, who had terrain coming (or being built) but just wanted to get the ball rolling to get some Infinity games.  The other good thing is that they realized the short comings of their own board, so did not take it out on the game mechanics.  This board is completely about long range weapons.  An Infiltrator who starts in one of the tall towers in the middle would be able to see everyone (if they peered off the correct side of the tower).  For you all that used this board, thank you for letting me pick on you just a little.
Potential Solution
Let’s take a look at the board we used recently in North Carolina (sorry for the weird angle, the other photos I took were blurry)…. Are there some long line of sights?  Very few for models on the table surface.  And none that stretch 4 feet.  The majority of combat on the table top surface is looking at 2 foot range bands which will give a bonus to those weapons with larger range bands without them having that advantage for multiple orders.  If you have a model on the wall, can they shoot farther?  Yes, but since the walls are between 2 and 3.5 inches tall, many of the opponent’s models will be able to find cover, and models up high might have more difficulty finding cover.  The HMG and Sniper are still really effective here.  To deal with an HMG or sniper an opponent has two options:
The range bands against the TAGs (because the model is taller) and linked teams (since the team’s surface area is wider) will be longer.  This is good as we see HMG/Sniper models helping to reduce TAG/linked team rush.  And with that, we see the perfect harmonious balance of what a model’s cost is in infinity and that the weapon range bands are currently.  The density of the terrain is not extreme either.  There are plenty of places to AD:Combat Jump troops onto this board.
But what if….
But some of you may want to use a board that has roads that extend the entire length of the board or some other x, y, or z terrain feature.  Totally fine, play the game however you want to and experiment with new ideas.  If you do decide to play on extreme “line of sight” terrain, keep that in mind when if you start to feel certain models or weapons are over powered.
I know you can go out and find articles and videos that contradict what I’m saying here.  I’m not trying to call them out in this article.  But be aware of what the people are actually saying.  Many of the things I found talked about it representing a “starting point” which means minimum terrain, not the average.  If there is something in particular that you want to discuss from someone else’s terrain content (that’s not behind a pay wall), add that to your comment below.  I will try to get their permission to keep the article friendly.  It might also allow us to talk about a different terrain issue (meaning not just about addressing weapon range bonuses).
Once 3rd edition comes out, if weapon range bands change in a way that influences terrain layout, we will address it in a future article.
So that’s the news, the skinny, the DIRT on terrain layout.  Have a good Infinity Terrain story?  Let me know in the comments below.   As always find me here, my YouTube Channel, or drop me a line or Infinity photos at my new email address [email protected] .

Author: doremicom
Doremicom has been a tabletop wargamer for over a decade. His area of expertise is Corvus Belli's Infinity: The Miniatures Game. He began writing for BoLS in 2015.
Advertisement
Editorials Infinity The Game Terrain
Advertisement