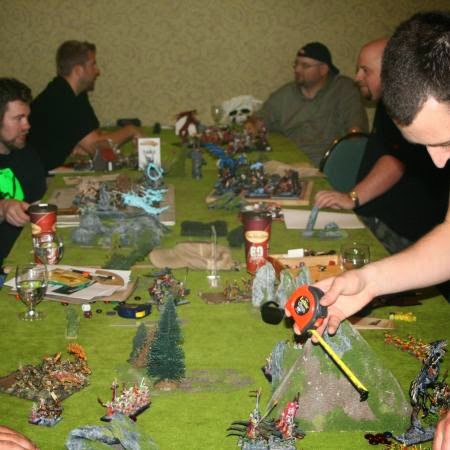 It is five weeks (less than that by the time this posts) until Wet Coast GT and I haven’t even settled on an army list yet, I feel disorganized and behind schedule but that is probably just me everyone else seems to enjoy being down to the wire and planning their lists or painting madly…

Running events has taken such a roll center stage for me that I had almost forgotten the joys–and stress–of
simply being a participant. Wet Coast is one of my favorite events to attend and I really need to get myself organized and ready to go.

I might be writing this from the stance of my journey for Wet Coast, but most of this applies no matter what tournament or convention you want to attend. The first thing I had to do was make one, seemingly simple decision:

I am still trying to figure out why I feel so disorganized this time, but more so it remains undetermined whether I am so methodical in my planning because I am a woman, a mom, an event organizer, an administrator or a combination of those things or if it is something unrelated, but whatever it is, this year I feel I have really fallen behind. Wet Coast confirmed their dates several months ago and for the first time since I began attending I only just finalized the decision.
I typically run through a quick mental checklist when I am deciding whether or not to attend an event:
Babysitter: while this does not apply to everyone for me it is a crucial factor. Most tournaments I attend are 2-3 day events that require travel: I have 3 children. For both my husband and I to be able to attend or even just me (he works away a good part of the year) we need to ensure the kids are taken care of. Asking family or friends seems like a simple thing but if you have your own children you understand that debate of “is it really fair to ask them to take on so much for X days so I can go play a game?” I have been really quite lucky with my desire to attend events that most of the ones I attend my parents or my husbands’ parents have been able to watch the kids, but not everyone has that possibility.
Free Weekend: Work, family, religious commitments…time is precious and there always seems to be something, plus the kids have activities, my husband works out of town…It happened to us earlier this year that one of the conventions I have attended for a few years changed the weekend they are held and now it co-insides with the birthday of one of my kids for me that was a no brainer: family first. But sometimes the decision is not nearly as easy to decide.
Finances:  Attending a tournament is sometimes only the cost of the entry, but when you travel you have to consider more: housing, which usually means hotel cost and for me–being the only female–that means the whole charge whereas most of the guys share a room and therefore split the costs; food; gas and transportation. An average tournament weekend for me ranges in cost from $200-$500 and I don’t even drink!
As I just purchased our event tickets this week, that should make it obvious that I was able to work everything out so I can go, and my husband too!

It is not just the theme for boy scouts, its a fact. If you’re like me and attend multiple tournaments in a year, this isn’t your first rodeo so you should have some idea of what you need to do to be ready and what you need to bring. My husband works out of town so we have a mental checklist of everything he needs to take with him when he goes in and what has to be done when he’s home to make sure that everything is ready when he goes back, planning for a tournament is no different.

I found it interesting though, and slightly comical that in my frazzled state of making checklists of what I would need for this tournament that I had something for reading rules and painting models and yet when I told the guys here that I was writing about tournament prep they all said things that I hadn’t even got to yet: things to pack. While my list included everything from super glue to objective markers to my make up bag.

The guys gave me this list of things to pack:

My own list looked more like this (I am not going into detail on all these things):

I’ve said this a few time in my articles but I will say it again: Scenarios are an important read and could be the difference between winning and losing. Some tournaments have composition rules that might determine what you are allowed to win, but Wet Coast has recently adapted a similar format to the Kippers’ event I ran last year where there is no comp but the scenarios have specifications that make a difference.

You can view the Wet Coast Fantasy Rules (click here) or scenarios (click here) if you want to read through them all, but basically the scores are broken into points for Win/Loss/Draw, points for holding objectives, and points for special/secret mission cards that we’ll get at the event. The thing: s that might affect what you are bringing though are the parts that tell you victory conditions: claiming units have banners, rank bonus, number of wounds, etc.

I hate building army lists, I’m not good at knowing what the best units are, what the best gear to give them are, or even what characters are best.
For Wet Coast I can’t even decide whether to bring Bretonnians or Empire. Even as I type I realize that I am leaning toward the Empire.

If I do bring the Empire what do I bring? I’m terrible at writing army lists and I don’t play the same way other people think so I can’t let anyone else build my list for me. These are the mandatory/already decided points:
Here’s the list I am toying with (thank gooodness for Army Builder so I don’t have to retype it all).

If you feel like voicing an opinion about the list please do so. I am one of those players that looks at all the army lists floating around the Internet as “the best” and refuse to use them, no matter how tried and tested they are simply because that just isn’t how I play. I don’t think cut throat, I think about the fun I want to have and how I want to use units that look cool and that I enjoy playing, not just units that are optimal for reason x, y & z but I always like to hear what other people think about the lists I do make.

What is Wet Coast???

I realize that I haven’t told you the first thing about Wet Coast.
Up until last year Wet Coast was known as WCP-GT. It was a fantasy only 2 day bragging rights tournament hosted by gaming club WCP’s President Dan Miner. Last year Dan allied with A-Club and others and expanded things to include other games as well, but maintained the bragging rights feel.

Dan has long advocated for a great atmosphere at the fantasy event and I think he’s succeeded.
Everyone meets up Friday night for open games and then at the hotel Saturday morning where the first round is typically a grudge match round, at lunch everyone goes out together, at dinner most people go somewhere together and then out afterwards or back to the hotel for more games, Sunday morning is breakfast together at IHOP, then back up for the last two games. If you don’t know everyone when you arrive at the event you should by the time you leave!
It really is meant for people to have fun together not just worry about winning or losing. If you can come you should, we have a blast.

It was described to me by a sibling that Warhammer tournaments are like drugs: I attend one tournament and by the end of it I am twitchy and plotting how to get to the next one. Sadly, its true for most tournament gamers: I have already seen people planning for 2016 event attendance.
I have a lot of work to do to get ready for Wet Coast: with 5 weeks if I take the Empire I have nearly the entire army to paint and a display board to make, if I take the Bretonnians I need to practice–check out my personal blog to follow my progress. Are you like many of my friends that wait to the last minute to decide about your tournament preparations or are you like me with lists and trying to plan things out month’s in advance? 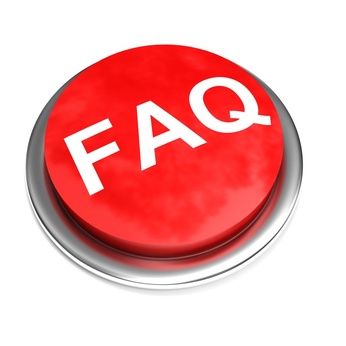