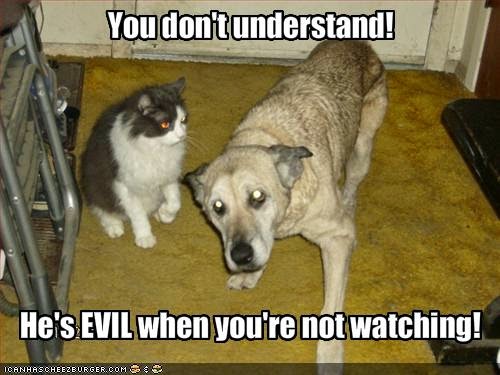 Houston We Have a Problem
If you have been keeping up with the articles, testings, and other musing on the web it seems Daemons kind of took it pretty hard in the junk.  Summoning, while initially thought of as the boogie man, is not all its cracked up to be.  You mix this in with an army that doesn’t have a lot of ability to destroy your opponents army in the shooting phase and you start to see the cracks in the formerly awesome Chaos Daemon hide.

FMC’s got seriously downgraded from the whole hidden wrecking balls and will have to change into flying tanks to survive.  The Psychic phase – while broken to some players – is really a lot weaker than it once was.  This hurts an army that has to rely on these powers to survive some of the crazy meat grinder aspects of today’s modern plastic warriors.

I know that sounds like all the nails you need to put this army in the ground but let me tell you – all is not lost.  The army just has to change into something we saw in the beginning.  When the codex first came out it was heralded as one of the few books that actually might make Assault really good.  Stay with me here as I feel that is where Daemons need to go.

The Glimmer of Hope
They need to move away from all the old tricks of survival mixed with quick offensive batches of doom.  The book’s real strength is fast moving hordes that hit hard enough to get through most armor and fast enough to engage turn 2.  The large foot print of these units will help deal with the latest 7th Edition trend towards MSU (many small units).  You can hit 2-3 units and hopefully get enough in to either crush one part of it and stay in combat or maybe crush more then one if you get a chance to break it.  Plus the larger Chaos Daemon unit sizes means you can wrangle some of the faster tanks as they lose the ability to move across the table top.

I am not saying this is the best army out there – I just think this really adds an interesting crinkle to the landscape of what I feel 7th edition will be.  I do see the return of the old 5th Edition Vehicle Parking Lot as a lot of armies can cram in objective secured units in your face.  You will see games lost because of that stupid Drop Pod sitting near an objective.  Or that Rhino who Koolaid mans through a wall and says sorry sucka – “I just won Emperor’s Will.”

This all started to gel for me after reading the update to the Daemon FAQ where they removed the limit on how many heralds can get taken outside of a Primary list.  Go check it out – and see that now an Allied unit of Daemons can have 4 Heralds as 1 HQ choice.  This is the glue that will hold together the Daemon/CSM books and allow them to compete in the realm of abusive Shields and Eldar Shenanigans.

Obligatory Goatlist – Chaos Daemons Only
The first list I thought of with the help of some buddies throwing bones to me (Kenny is the other Secret Daemon Master).

This list is just designed to rush you.  You don’t have a ton of Anti Flyer and your Grinders are there to eat LR if they can get there.  The Furies are Str 4 so they can hurt a Knight if it is running around.  This is a big help as it gets you outs versus Armor 13.  The Nurglings are there to Deep Strike and with 8 WC dice you have a good chance to get off Shrouding and other options.

BONUS Goatlist! – Chaos Daemons + CSM
I really like CSM with Daemons myself.  I think you can get some really strong WC ability mixed with the multiple options you need to make the army tick.  I am not sure if it is always the best but it is definitely worth a look over as another option.

This is what you would call a Junk on the table sort of list.  You go big, go fast, and hope you have engaged enough to crush your enemies.  You have a good deal of WC dice with options among all of the Spells.  Will it work?  Who knows as I haven’t had time to rebuild some Maulerfiends.  It feels like it might work out ok – but again will have to see.

I am a fan of any kind of big Monsters running around so I love the idea of protected Maulerfiends (shrouding, cursed earth, invisibility).  It makes me wish I didn’t sell the ones I had.

Has anyone else tested some super assault Daemon hordes?  Might this be the new black for the Daemon book?