The DIRT – Ours, Yours, Mines! (CAMO AROs vs Visible Models in 2nd Ed.) 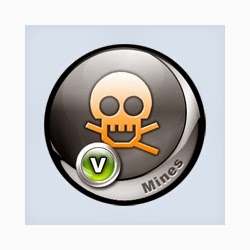 After talking about using Minesweeper, it seemed like it would be prudent to talk about the special Mine ARO Rule.
For those keeping tracking, this is article #12 of The DIRT.  In article #11 I talked about Minesweepers and got a lot of great feedback.  There was one comment that I really felt needed to be addressed, the ARO order of mines attacking.  Shout out to Certs!
Reviewing this set of rules was important because it provides some variance to how my example of using the Minesweeper skill works.  It’s not that my example was wrong, but since Mines can activate differently in ARO, the example could be represented differently.  Reviewing everything that encompasses an Infinity Mine or how ALL AROs work might take longer than a single article.  To keep this contained within one week’s posting, I thought we’d review the order of events with AROs that are created when the reactive player has line of sight with the active player’s activated model.  To be less ambiguous, I am excluding AROs that are generated when the active model is in the zone of control of the reactive player and no line of sight can be established.  I am also excluding AROs against camo markers.
The News – AROs: a brief overview
ARO stands for Automatic Response Orders and they are the game mechanic in Infinity that allows a reactive player to have their models counter the active player’s turn miniatures.  This is why you often hear that in Infinity “It’s always your turn”.  For the purposes of this article, we will say that the ARO was generated because a model activated by the opposing ACTIVE player moved into line of sight of the REACTIVE player’s model.  AROs are generated against an order, not a skill.  So if the active player moves into line of sight of the reactive player with their first short skill, then fire at the reactive player (second short skill), the reactive player gets one ARO not two.
While I will not be diving into the many things you can do with an ARO, I have to once again give props to the Infinity Wiki that provides us with the following table: What is important to remember is that outside of a Mine (which may delay it’s ARO use),  Correction.
All reactive players that generate an ARO must declare what they intend on doing with the reactive order immediately.  As long as the active model is visible (not a camo marker), if the reactive model chooses to hold their order (i.e. because they are currently a camouflage marker and do not want to reveal themselves), it really means that they are forgoing the use of the ARO.
The Skinny – A Tale of Three Ghulams
(plus Two Chasseurs, and a Mine)

Let’s consider this to be part of a game currently in progress between Haqqislam and Ariadna.  It’s Haqqislam’s 2nd turn and the Haqqislam player really wants to get rid of the three Camouflage markers that exist on one side of the board. The 1st Ghulam continues moving with her second short order.

After the completion of the second short skill, the Chausser sniper acquires an ARO, because she can see the activated model, and must choose immediately if she would like to declare an ARO skill.  She does, firing her AP Sniper rifle, hitting, and (with a failed armor save) dropping the 1st Ghulam from afar.
The Haqqislam player decides to activate Ghulam #2.  Moving around the building, the Ghulam is now in line of sight of the second chasseur (which is still a camo marker at the moment). Knowing that the Ghulam still has a second short skill to declare, the Chasseur decides to do nothing (maintaining his camouflage).  By choosing to do nothing, the chausseur can do nothing for the remainder of 2nd Ghulam’s order.  With the second half of his order, the Ghulam decides to discover the camouflage marker.  Starting with a WIP of 14, getting a +3 for his close proximity to the camo marker and -3 for the camouflage, the ghulam needs a 14 or less.  He rolls a 12, revealing the Chasseur.

Ghulam #2 spends another order to fire on the chausser, the chausser uses his flame thrower and both are taken out of the game (see graphic above for details).
With Haqqislam’s 3rd Ghulam, he decides to spend an order to move around the structure toward the final camo marker.  The Chasseur with the AP Sniper rifle  is too far back to get the line of sight needed to generate an ARO.  At the conclusion of the last Ghulam’s first short skill, the Mine must may activate because the Ghulam has moved into its blast radius.  However, because it’s a mine, it can delay the declaration of the order (this is unique to mines). The Ghulam decides to roll a discover roll with the second half of his order, rolls a 15 and fails the discover roll.  This would normally mean that the Ghulam could not attempt another discover roll on this camouflage marker for the duration of this player’s turn. UPDATED PARAGRAPH BELOW:
But this point is moot, since when the Haqqislam player actives the 3rd Ghulam again to cautiously move closer to the Chasseur sniper, the camouflage marker reveals itself as a mine that detonates.  When the Ghulam fails the armor save, the Ghulam is dead (shock ammo).
The DiRT – Article #11 Changes
So, the example in article #11 could be arranged so that the mine goes off after the minesweeper makes the minesweeper skill check. the mine does not go off until the next order.  But, this does not change the outcome. If you’re moving a minesweeper up to a camo marker that does not reveal itself, you should be using your minesweeper skill for your second short skill.  If it’s a mine, you may have just converted it to your side.  If it’s not a mine, at least it can’t harm you, since it has to express it’s ARO the moment the minesweeper enters the camo marker’s line of sight.  In either case, your Minesweeper remote is using its minesweeper gear.
Some of these rules may change when 3rd edition comes around, but while we have a few months of 2nd edition left, at least you’ll know how to handle the ARO order of operations.
Infinity Images
Combined Army On the move!!!! So that’s the news, the skinny, and The DIRT on Mine AROs.  Want to keep the articles focused on under-utilized Infinity rules? Leave me a note in the comment section below.  As always find me here, my YouTube Channel, or drop me a line with Infinity photos at my new email address [email protected] .