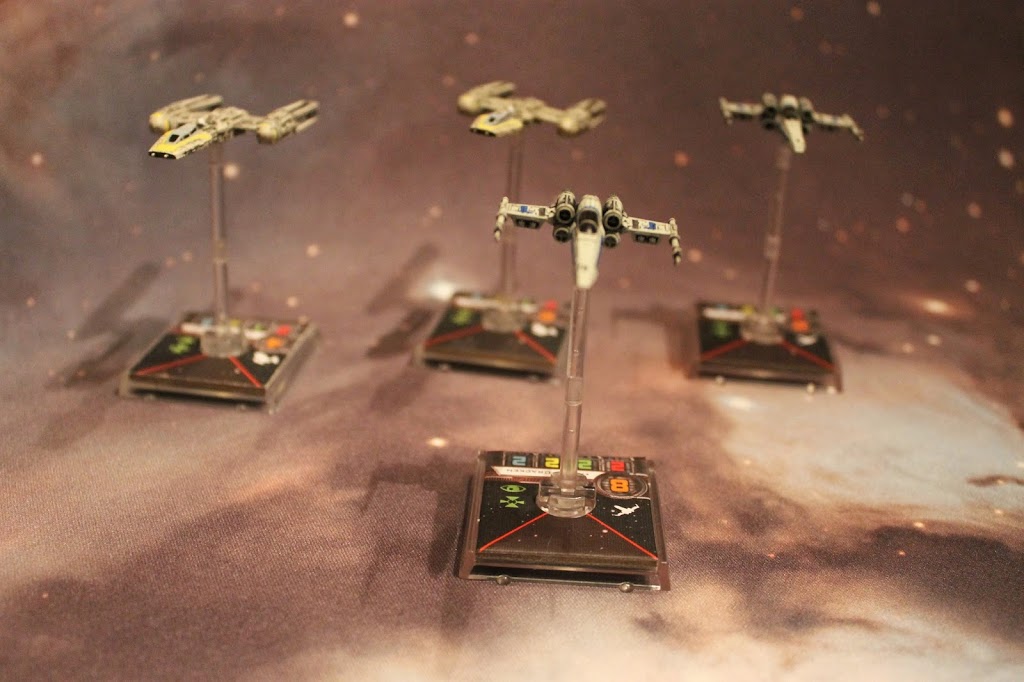 It is the eternal squadron choice – quality vs numbers.  Take your seat cadet.

Part 2 in a series for X-Wing Miniatures rookie players on building a fundamentally sound list. This week we talk about why current meta supports quantity over quality and why that might just be changing in the near future.

So at this point we’re like four Waves into this game along with a kind of 3.5 Wave which was Imperial Aces and a 3.7 Wave which was the new X-Wing pilots that came with the Rebel Transport, but the one thing so far that’s stayed fairly constant is that the more ships you put on the table, the better your chances of winning.
Judging by some of the comments I read on my last article, this topic may also be deemed too elementary for some of y’all, but it’s a point I’ve made on my site for a long time on my site, and in the context of these articles, it’s worth repeating over here.
Sure, it’s fun to roll out a bunch of named Pilots with their fancy special card text and all, and don’t misunderstand me here- there is a time and place for some of those named pilots, not to mention the cornucopia of Secondary Weapon Systems, Crew Members, Advanced Systems, Elite Pilot Skills, Modifications, and all those other fun things you can bolt onto your ships, but don’t get lost in all that bling, especially when you’re first starting out. See, just like the Attack and Defend dice are fundamental to how the X-Wing ruleset works, there are some fundamental ways the ships themselves in X-Wing work too. The main reason that TIE Swarms and higher numbers of ships in general have almost always been so dominant boils down to one really simple reason-
Ships in X-Wing can only land hits against one other ship per game turn.
I know, I know- there’s rolling more Attack dice because you’ve got more ships on the table and there’s total hit points (hull + shields, if you’ve got any of course), and yeah, that definitely plays into it, but at its core the reason those high number lists work is more opportunities because ships in X-Wing can only land hits against one ship per game turn.

Super Pilots, or Newbies?
As nasty as the Falcon is for example, with it’s 3 Attack primary turret weapon and gigantic base that more or less makes maneuvering it into Range 1 of a target for that extra Attack die a virtual breeze, it’s only ever going to down one ship a turn at most no matter who is flying it or what upgrades it has. As game-changing as some named pilot abilities are- Biggs Darklighter, Wedge Antilles, Boba Fett, you name it, for the novice player, nothing is going to have as much of an effect as having more ships on the table.
Am I saying you should never use those named pilot guys? No. Look at it like this- whether you fly all Rookie X-Wing pilots or mix in a couple of named guys, you’re only ever going to fit a maximum of 4 X-Wing fighters in a 100 point game (which of course, is the de facto standard points level). Throwing in a combination of a couple of Rookies with a couple of named guys is absolutely a good idea for a beginner, but resist the temptation to roll a 3 X-Wing list because you want to take the expensive, famous movie guys with droids and ordnance and whatnots in your list and can only afford to roll three ships for the points.
I’m mainly talking about Rebels because Imperials by their nature are more swarmy to begin with, but the same applies there too. Quantity has a Quality All of it’s Own

A “traditional” TIE Swarm is usually one named TIE Fighter pilot (Howlrunner) along with six other TIE Fighters of various generic flavors. If you take Howlie and six of cheapest TIEs available, you end up at only 90 points, which is where some of the Swarm variety factors in, but at the end of the day, regardless of how you cut it, you’ve still got seven ships on the table. So yeah, while that’s a lot of total red dice and a lot of total hit points, maybe more importantly, it’s a lot of ship attacking possibilities because, assuming they all have valid targets, you have seven different Attacks you can make on up to seven different ships.
One thing I noticed early on when I was almost exclusively using 4-ship X-Wing lists in my games was that I’d almost always feel like at some point I was wasting one of my ship’s Combat Phases on an enemy that only had one hull point left. In X-Wing, unless a ship has a face-up Damage card (Critical Damage, in other words), the effectiveness of the ship does not diminish whatsoever as it takes damage- it still Attacks at the same value, it still has the same Agility, it still has the same Maneuvers available to it, so there’s never any good reason to not finish off a ship- not even for tournament scoring purposes. As such, I’d find one of my four ships rolling 3 or 4 Red dice against some already dinged up, nearly dead ship and just absolutely wipe it off the table when there was another, better, more dangerous target nearby. TIE Swarms mitigate that waste by applying their Attacks in smaller amounts, but in greater volume, you know what I’m saying? Anyway, long story long, that’s when I started to incorporate trailing A-Wings to finish off some of those wounded gazelles that had strayed away from the pack, helping to apply my Attacks in more useful ways, but that’s another story. I mentioned at the top of this article that the Quantity over Quality meta might be changing in X-Wing. At the time of this writing, it’s still a little early to tell, but FFG seems to be really pushing to make those named pilots more formidable than their no-name counterparts in an effort to bring some variety, if not balance to the lists folks are running. Some of the Wave 4 pilots possess some really interesting special rules and the ships themselves are becoming more compelling as well. Look at all the crazy moves the TIE Phantom has with the new Cloaking rules, named pilot card text, and upgrades or the fact that a Defender can pull a white K-Turn. Those ships are practically the antithesis of the TIE Swarm- they’re expensive even in their most base forms and it’s really tempting to make them even more expensive with the available options. Only time will tell of course as the internet will always find a way to produce the most optimal lists imaginable, but at least for now, if you’re just starting out and you’re looking to build your first lists, take more chaff over less wheat until somebody forces you to play otherwise. I mean hey, it’s worked for this long, right?
If you want to get into X-Wing Miniatures but don’t know your Evades from your Target Locks, by all means, stop on by the hippest pilot bar in the galaxy- TheMetalBikini.com. We serve all kinds (yeah, even droids- they’re the best tippers), and have a whole bunch of articles from breakdown summaries of every single card released so far, to tactics articles, to our Bikini Battle Basics new player guides- all served up with a heapin’ helpin’ of my own personal brand of slang and humor. Can you dig it?

Author: Clint Weisgerber
Clint has been playing tabletop wargames for over a decade. His specialty is the X-Wing miniatures game. Clint began writing for BoLS in 2015.
Advertisement
Editorials Tactics X-Wing
Advertisement 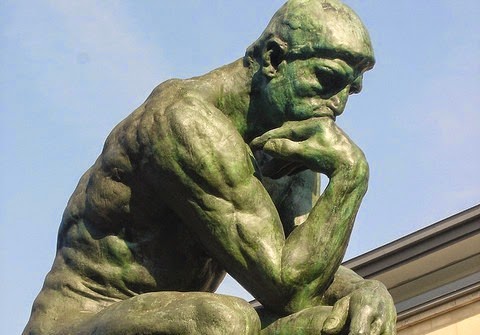