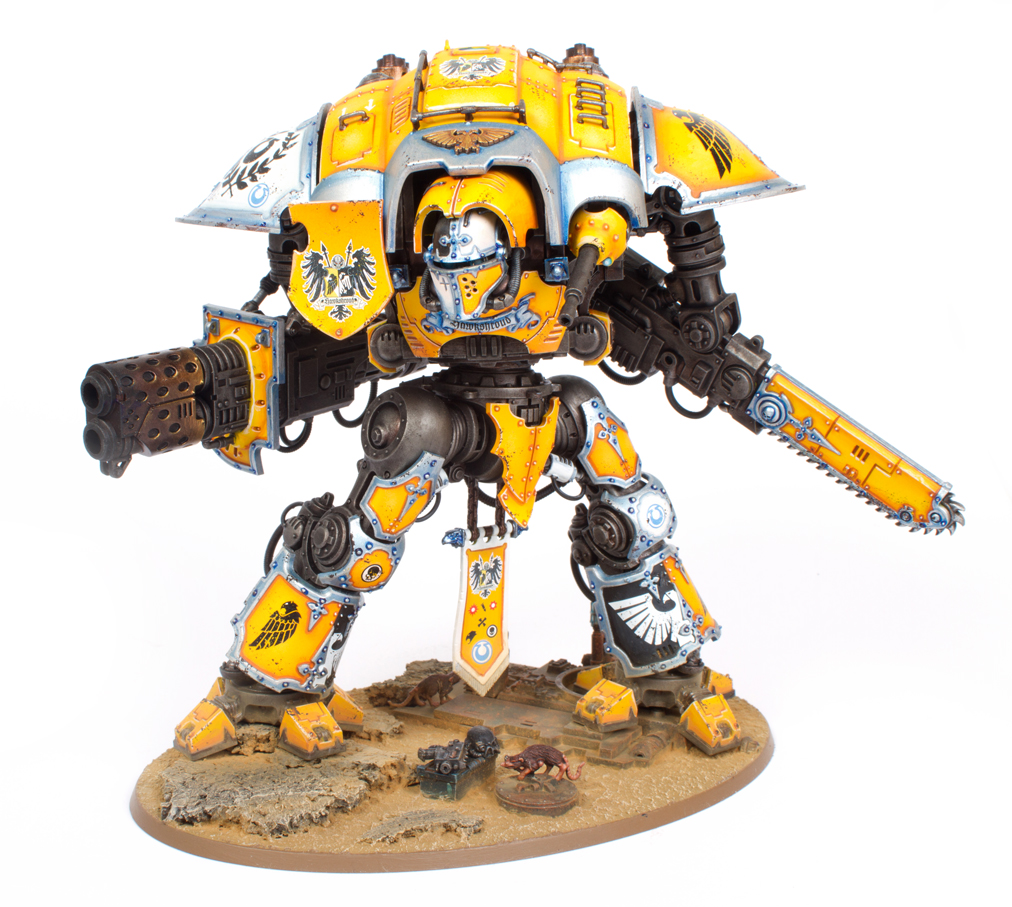 Noble Asteraceae’s throne thrummed into life. Ancient, unexplained technologies clicked and whirred like achey joints, an exhaust vent hissed as if the machine was angry. As the Noble sat down, he could feel the connectors joining the ports on his body. Energies of previous pilots flooded into the Noble’s mind altering his mood, he could feel the aggression rising.

Suddenly the throne plummeted, sliding through the Keep’s network of deployment chutes. Anti-grav dampers kicked into life, slowing the rapid descent. With an almighty clang, the throne came to stop. All was dark. All was silent. As Asreraceae opened his eyes the machine powered up. Bathed in a glow from the displays the pilot, uttered a prayer to the Emperor and slid the rune of activation. Adustio Sol’s gigantic pistons contracted and expanded moving the armoured walker towards the fortification’s huge armoured doors. Under hefty weight, the doors creaked open. Optics adjusted to compensate for the brightness of the two Suns. Under his breath, Asterceae growled “Purge the Heretics, for Hawkshroud, for the  Emperor, for glory!” I thought I’d introduce Adjustio Sol piloted by the Noble Asteraceae with a bit of background. Thank you Andrea Guiotto and Daniel Young for your awesome suggestions. Since my last WIP shot, I have painted the arms, added the transfers and added some weathering.
I used the Codex: Imperial Knights as a guide for where to place the transfers. Annoyingly the decal sheet doesn’t include all the decals you need. The laurel on the white part of the shoulder pad is available on a separate decal sheet that costs £12 available from the Games Workshop Webstore. I wasn’t going to pay that so I freehanded the symbol. For the chipping I just used a torn piece of blister pack foam (new hobbyists sadly won’t remember this) and dabbed Rhinox Hide in areas I think would pick up chips and damage. There is more damage to the feet than there is the top of the model for instance. I took the weathering one step further by dusting the feet with Forge World Weathering Powder Dark Sand. I didn’t glue the arms, head, waist or heavy stubber. It’s so much fun posing the model. It’s almost like an action figure now. I can’t stop myself playing with him, I keep searching for that awesome pose. This colour scheme is one of my all time favourites. I’m a big fan of yellow and I’m over the moon with how great this scheme came out. If you missed it use this link for my tutorial on how to paint the House Hawkshroud scheme. I’m really tempted to get a second and build the Paladin variant. To finish off I wanted to show Adjustio Sol battling some huge enemy xenos constructs. The Imperial Knight is a big kit, but I’ve seen bigger. The Tesseract Vault is only £10 more to buy than an Imperial Knight. I think both are great value for money when compared to the Forge World Hierophant Bio-titan which will set you back £235.

Let me know what you think in the comments? Who would win in a fight? Should I have built a Paladin instead of an Errant?

Author: Garfy
Garfy is a professional miniatures painter. He began covering the hobby side of the tabletop gaming and miniatures industry for BoLS in 2014.
Advertisement
Hobby Imperial Knights Painting Warhammer 40k
Advertisement 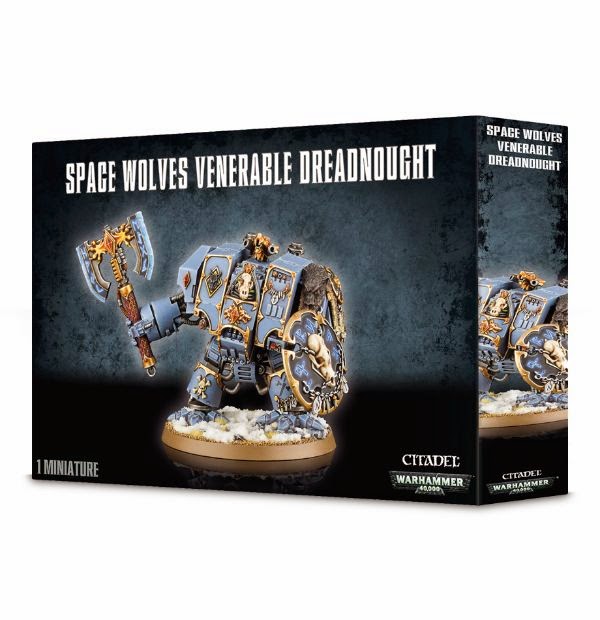