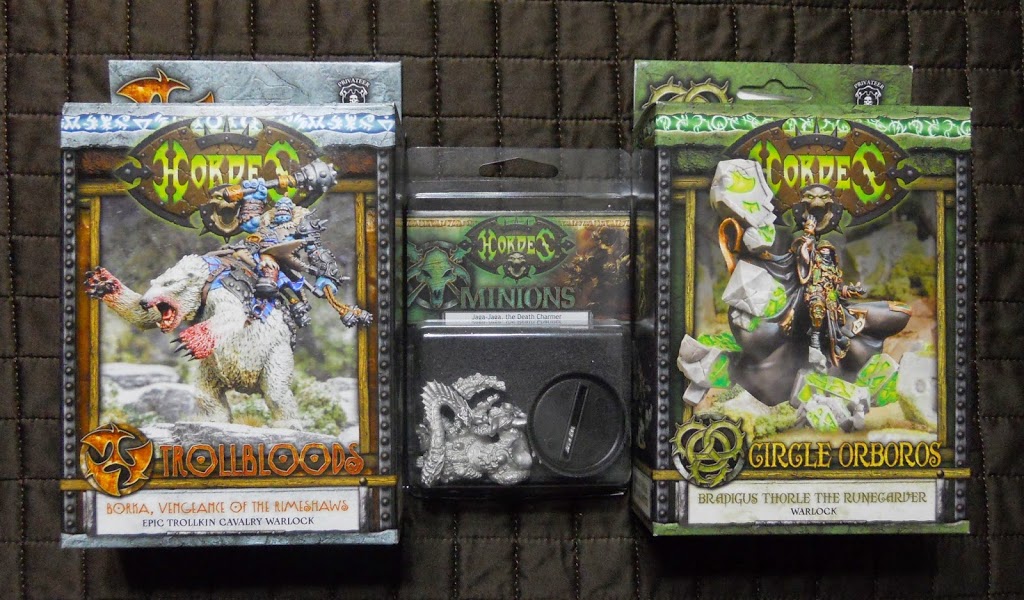 Here’s a close look at the awesome new Warlocks that just hit store shelves this October. Bradigus Thorle is here to cape it real. This time he’s playing for capes. He’s going to have his cape and eat it too. If only for the sake of caping up appearances. Ok I’ll stop now. Here are all those bits. And the cape. For this shot I actually hid all the other bits under the cape. No not really. This strange humanoid attaches to the cape that is Bradigus Thorle. I’m not sure what his in game purpose is meant to be. A totem of some sort perhaps? Next it’s a lovely lady gator. Settle down guys. She’s single but I don’t think she’s really looking for a relationship right now. She’s another splendidly cast metal mini. Privateer has really been turning out some great metals lately Looking closely at her she seems to be another digital sculpt. There’s something about the curves that’s just too soft and perfect to be traditional. Here’s a shot from the back. More sentimental humans sometimes get their pets taxidermied or otherwise preserved. Jaga’s more of a raise it from the dead and carry around its reanimated corpse type of gal. The rules call it the “Death Snake,” but I think Jaga will always remember it as Mr. Squiggles. Here’s a close up of that beautiful smile. This guy clearly does not approve of Mr. Squiggles. A party girl like Jaga knows how to rock some bL!nG! “Oh hi there. Yes it’s me: Borka, Surprised you recognized me BECAUSE I’M ON A FREAKIN’ BEAR!” Here are all the Borka bits. Note the mandatory pony keg. Not much more than a shot glass for this guy really. And a close-up of the other Borka bits. Of course I have to give a better shot of the bear bits as well. Here’s a scale shot to show just how bear he is. “Psst… I have a secret… I’M A FREAKIN’ BEAR!”

~I’ll be back soon with some shots of the new plastic Angelius.