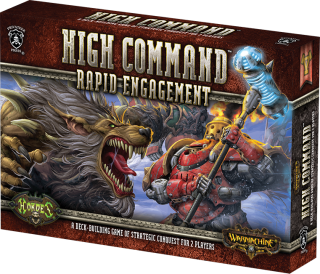 The latest deck building product in the High Command series  lets you duke it out with Khador and Circle Orboros.  Here’s the details: 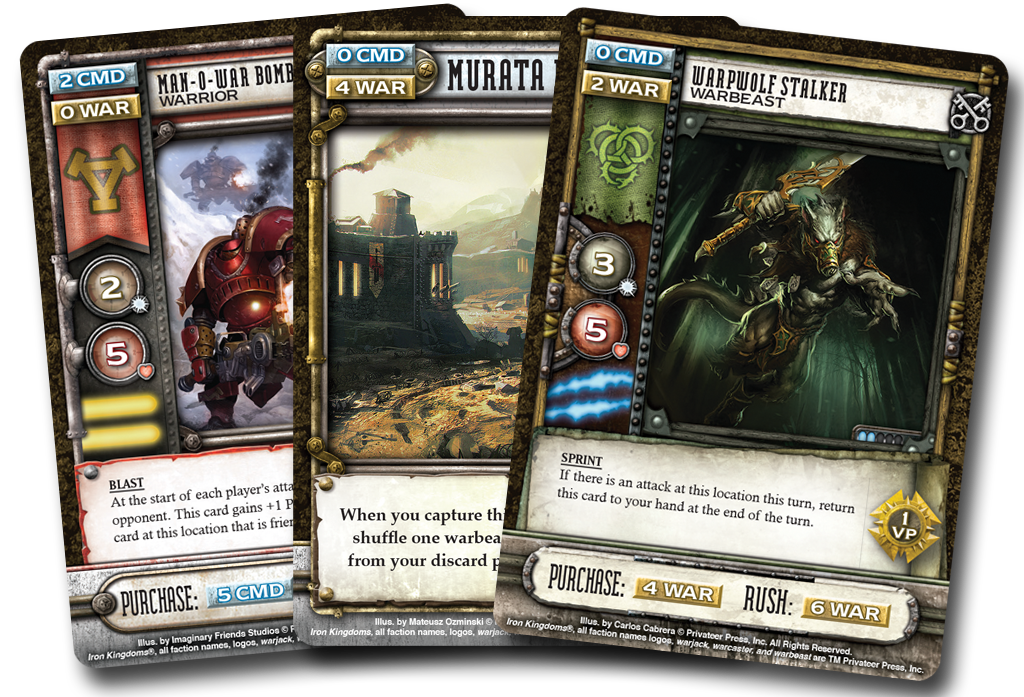 AN EPIC CLASH BETWEEN STEAM-POWERED TECHNOLOGY AND NATURE’S FURY!

In the Iron Kingdoms, where magic and technology have combined to shape the course of history, the imperialistic nation of Khador wages war against the enigmatic Circle Orboros in a clash of steel and gunpowder versus fang and claw. Only one will claim ultimate victory.

High Command Rapid Engagement is a two-player deck building card game in which players raise and lead mighty armies to capture strategic objectives across the Iron Kingdoms. Leverage your resources and command your forces to set your banner above all western Immoren!