Let’s finish off April’s Infinity releases with the Jaguars for Nomads and the Yaogats for Combined Army.

No resculpts here. These Jaguars are brand spanking new. 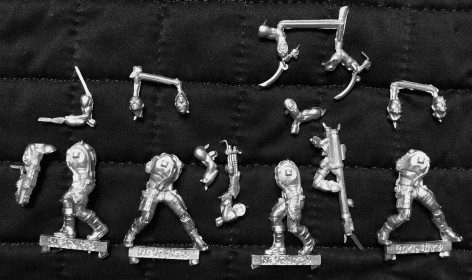 Just another cool option in the growing Corregidor Jurisdictional. And of course you can use them with “vanilla” Nomads. 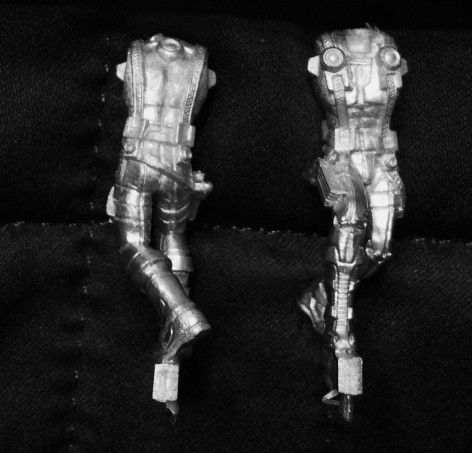 The Jaguars look lean and mean. 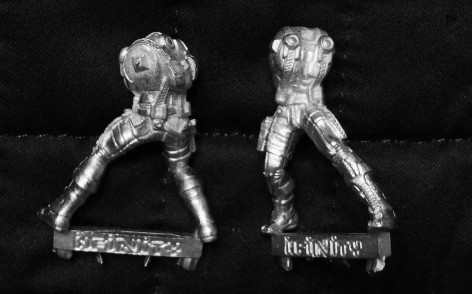 What is it about them that makes them look so vicious? Is it the suspenders? 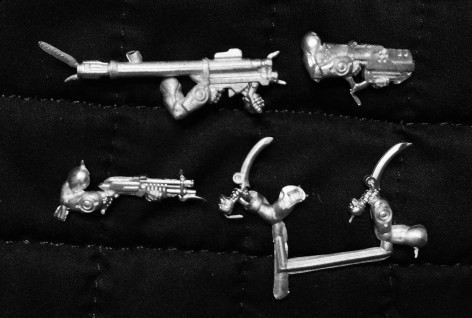 Their weapons options are pretty typical of what you’d expect from Warbands. 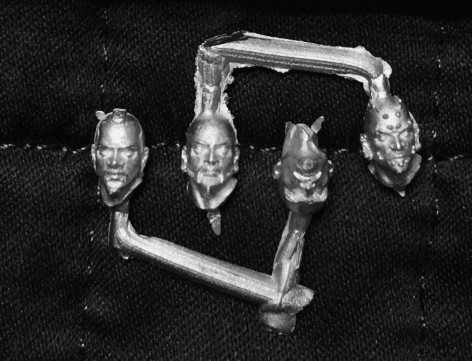 These faces! It’s almost criminal Corvus Belli doesn’t sell bits. It’s hard not to think of a good half dozen uses for the face on the far left.

And now for a different kind of killer. The Yaogat link team is a favorite of Morat players. 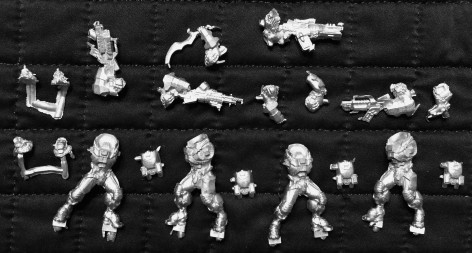 I know I say this about all the Infinity releases, but I think these guys look great. I love all the hard angles on the Morats. It really helps them look distinct. 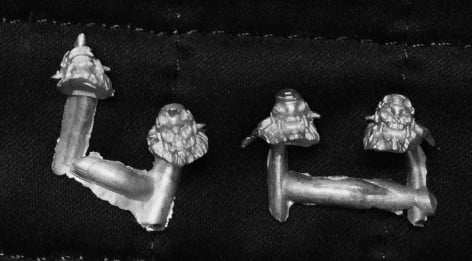 Here are some angry Morat faces for you. Well I guess one of them is really more grumpy than angry. 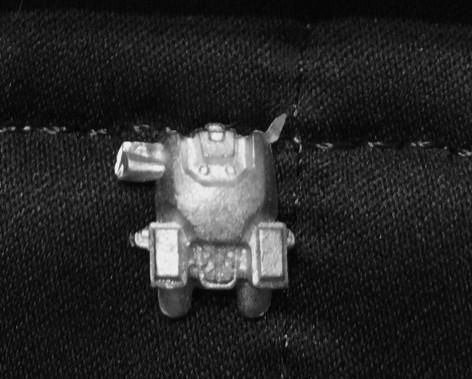 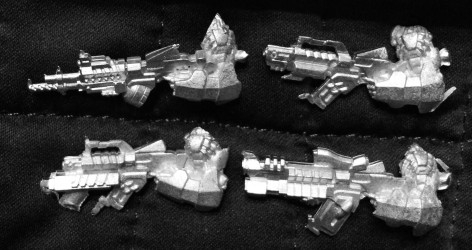 These guys also get some very cool weapons. They remind me of something out of a Neill Blomkamp movie.

Arms without guns are never as exciting, but that Morat CCW is looking pretty sweet. 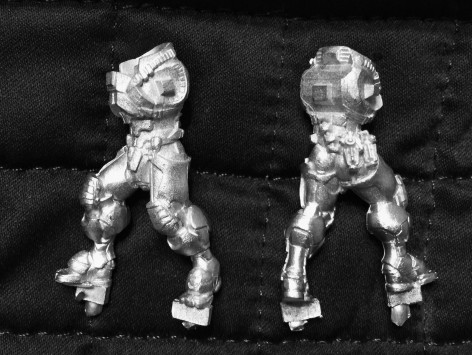 And this is what a Yaogat torso looks like. It’s quite similar to the Morat Vanguards, but with extra armor in a few places. 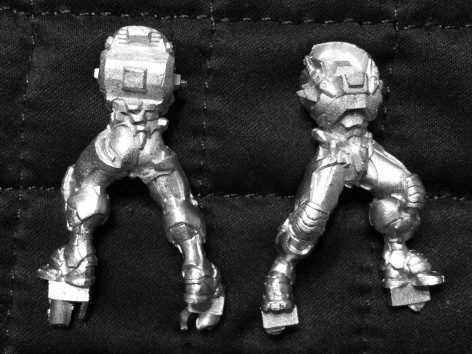 So now that I’ve gushed a bit about how much I love these models, I feel compelled to point out how much cooler this box would be if it had a fifth Yao in it. These guys really want to be fielded as a five man link team. Hopefully we’ll see a blister at some point with a sniper and another combi sculpt, or maybe even a boarding shotgun in it. There is a Sniper blister already, but he is an old sculpt and has been pulled from CB’s online gallery, strongly indicating they have stopped producing it. If you guys aren’t picky about your sculpts I’d grab one in a hurry. Or you could always buy a second box and find some people willing to buy your spares. Of course if you want a ton of options at your disposal you could just keep all 8. But Yaos are FA 5 so three of them will always hang out on the shelf.

~Hope you guys enjoyed the article. Would you Morat players have preferred a five Yaogat box?