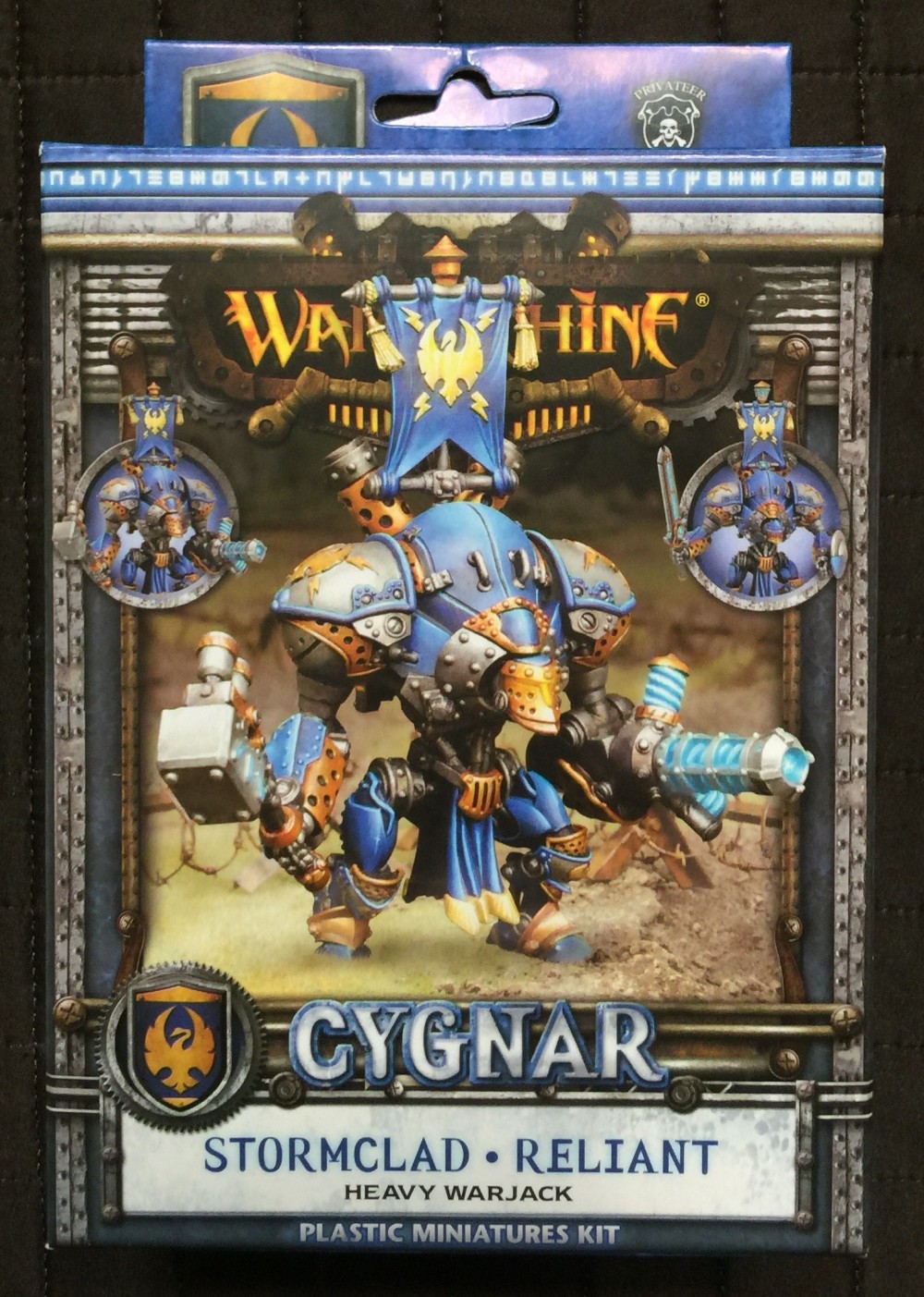 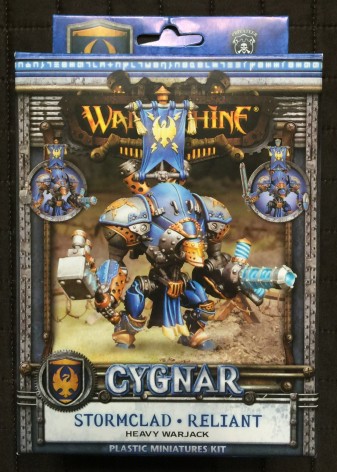 We have a very special release for you here folks. It’s the first hard plastic warjack from Privateer Press! 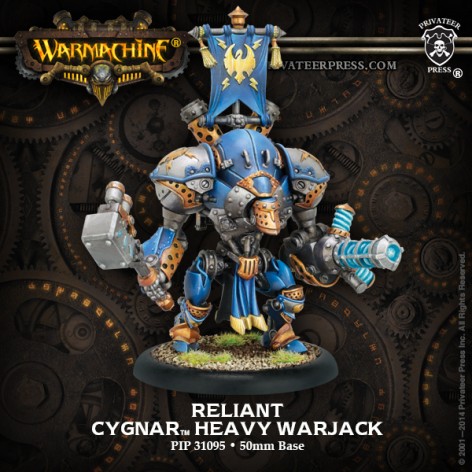 *SNIP – SNIP* You hear that? It’s the sound of Cygnar players across the world snipping bits off sprues with their clippers. It’s been a long wait. Not just for a hard plastic warjack, but also for the Reliant. Cygnar players first heard about this guy in Warmachine Vengeance around a year and a half ago. So what comes in that box up there? 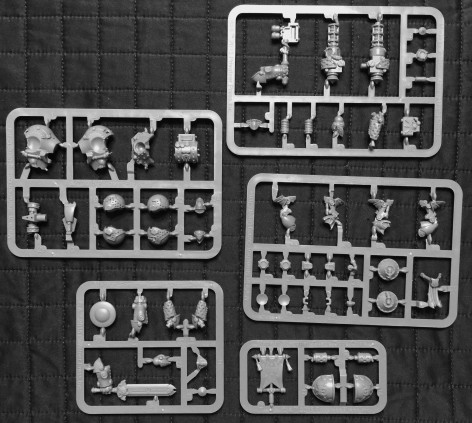 There are five sprues in total. And man they are full of bits. Which makes sense I guess, because you can use this kit to build a Reliant or a Stormclad. 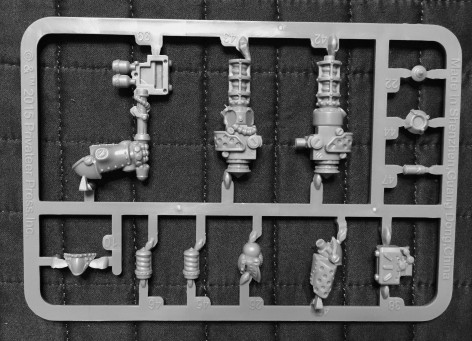 Hopefully this will give everyone the nice crisp detail they’ve been wanting. You’ll have to spend a little more time gluing it together, but the mold lines should be easier to clean. So what are you waiting for. Click the image, zoom, and soak it all in. Unfortunately it looks like there are still some mold lines to be found, but polystyrene is a lot easier to clean than PVC. Hopefully you should be good to go after you take the side of an X-acto knife to the edge. 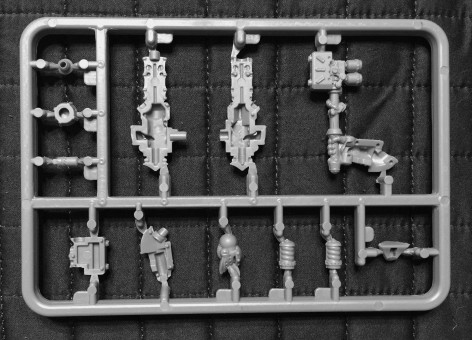 Here’s the other side of that sprue. Not as much detail but it lets you see how it all fits together. 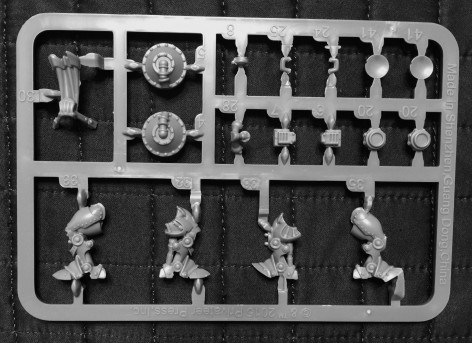 Here are the legs, the steam pipes and part of the boiler. 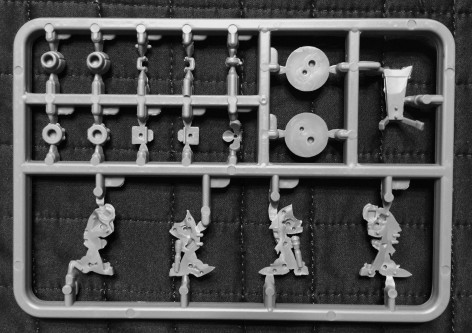 And again, the other side. Not thrilled about the legs being split down the middle, but if they fit together tight there shouldn’t be much gap left. 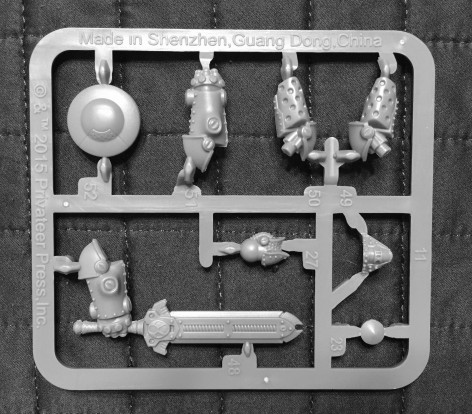 Details like that sword are the reason why gamers love polystyrene. So nice and crisp. You just can’t do that with PVC. 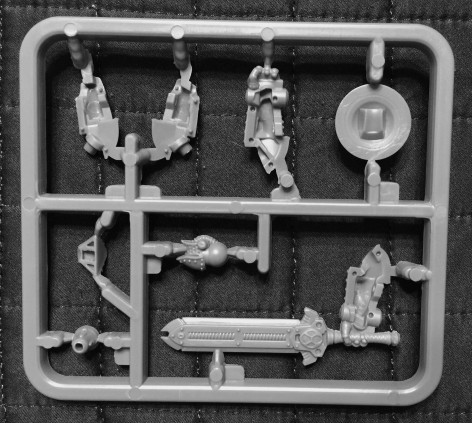 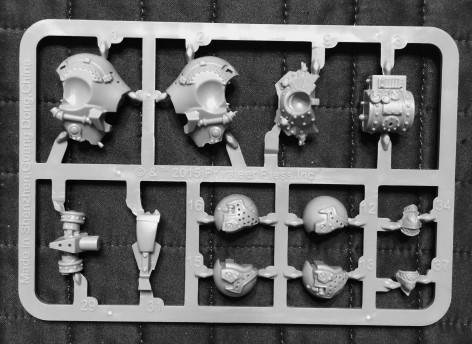 Finally we move on to the larger chassis. The arms have nice ball and socket joints, so you should be able to get lots of poses. These will give you a somewhat improved range of poses over the PVC plastic kit. 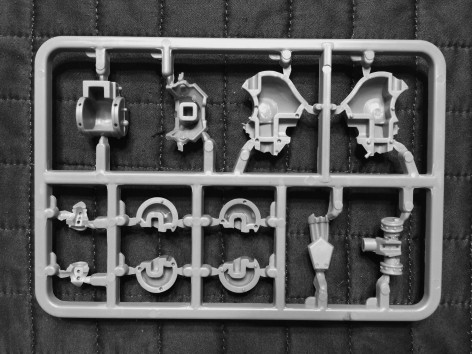 Once again, the other side. 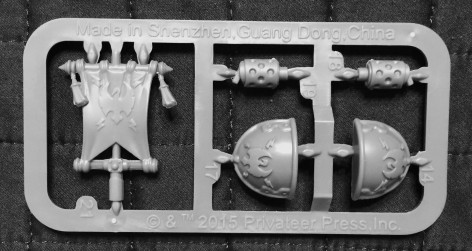 Finally we have the banner and shoulderpads. Lots of nice crisp raised details on those too. Again this is the sort of thing Polystyrene is so great for. I thought the banners on the IFP were about as good – despite being made from PVC. 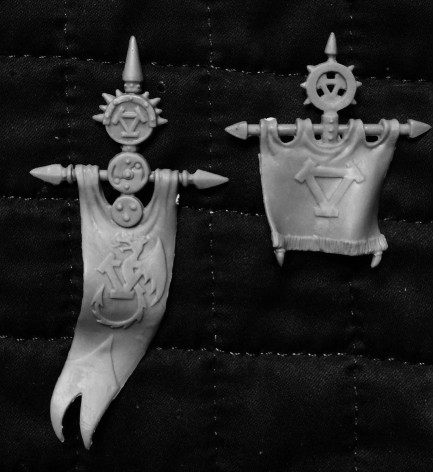 Here are those PVC banners. I guess you really can see the difference when you put them side by side. Not that I’d have any problem gaming with these PVC ones. 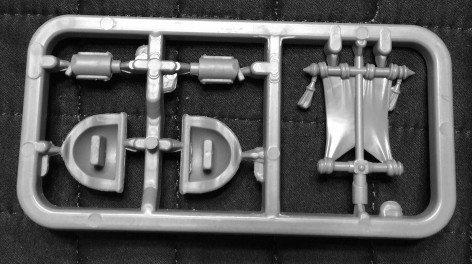 And the back of that banner sprue.

Obviously there are a lot of differences between this kit and the old plastic ones we first saw back in 2010. Most noticeable are how many more pieces you’ll have to put together. The other plastic kits are around nine or ten pieces. They might not have the crisp detail of this kit, but with some good super glue they won’t take much longer than a half hour to assemble. Of course if you want to spend the time to paint them nice, the extra time cleaning the mold lines on those old kits will easily equal any extra assembly time on the polystyrene.

~Hope you guys enjoyed the pictures. There will be assembled shots in the next article. It’s not my Reliant to build so it’s new owner should be taking lots of pictures of it for their own Reliant article.