When you think of a Skorne army you usually don’t think of shooting. Well take a look at this:

Sure that cyclops shaman might pick a solo off every once and in awhile but, definitely you aren’t worried about losing that front line.  With the release of Xerxis 2nd iteration now skorne shooting lists received a definite boost.  It is still no dead eye gun mage but, it is a start.  Xerxis 2 feat gives additional dice for attack and damage rolls.  Meaning for 1 turn your armies attacks are extremely accurate.

Xerxis 2 also has access to mobility making his skorne battle group one of the fastest.  Combine this with already a decent speed of the Basilisk Drake you can have beasts fast up the board in potentially lethal spots.  The Basilisk Drake has a Spray 8 Rat 5.  It is niche tool at best when playing with  just one.  However, when combined with the mobility of Xerxis 2, the accuracy of his feat, and multiple drakes it can become a giant fire breathing monster. 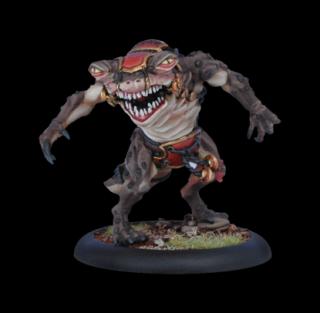 Xerxis, Fury of Halaak (5)
Basilisk Drake 4 (Bread and butter of our list, sprays ignore most defense bonuses from terrain and are all boostable)
Basilisk Drake 4
Basilisk Drake 4
Basilisk Drake 4
Basilisk Drake 4
Basilisk Krea 4 (Good defensive buff for xerxis.  Can hit a paralysis for really high defense targets)
Aradus Sentinel 8 (This new beast packs a pretty nasty shooting attack against living models.  It will roll 5 dice of damage drop the lowest during the feat turn)
Paingiver Beast Handlers (Leader and 3 Grunts) 2 (Xerxis has poor fury management and will need these guys to do the brunt of the fury clearing)
Paingiver Beast Handlers (Leader and 3 Grunts) 2
Mortitheurge Willbreaker 2 (Great to increase accuracy and damage output even more)
Mortitheurge Willbreaker 2
The Drakes in this list have a 16″ threat with their sprays. Ignoring cover, stealth, concealment, etc. Next time you roll out your skorne try shooting!
~What do you think BOLS?  Have you seen your army disappear from a plethora of spraying drakes?  Please share your thoughts and ideas below.
Advertisement

Author: Revenant
Revenant is a veteran tabletop wargamer with over 10 years of experience. His specialty is Privateer Press' Warmachine & Hordes gamesystem. He began writing for BoLS in 2009.
Advertisement
Armylists Skorne Warmachine-Hordes
Advertisement