How do you get the most out of Rebel Squadrons? Come right in Admirals, let’s talk.

Having played most of my games as the Rebels in the last couple of weeks, I’m not sure if I’m liking the way Rebels build their squadrons.  Maybe I haven’t got a lot of exposure to all the nuances of playing with Rebel squadrons, but I don’t think there’s a lot of good choices in the competitive Wave 2 meta.  What do I mean by this?  Let’s take a closer look.

When you look at Imperial squadrons, one could say that they are quite spoiled for choices.  Not only are a lot of their squadrons extremely points efficient, but they’re also very fast.  When I look at my Imperials, I see the TIE Fighters, Ints, Howlrunner, Rhymer, Dengar, Soontir, advanced, Firesprays, Boba, Bossk, IG-88, basically the works.  Almost anything and everything works with maybe a few exceptions here at there.  For the points that you spend, you are getting either really dedicated anti-squadron which is highly efficient, or you’re getting outrageous bomber potential via Rhymer.  Once you start combining a few things here and there and start forming your combos, things can get a little out of control.  For those of you guys that don’t know what I’m talking about, I suggest you take a look at my Imperial squadron post here.

Taking a closer look at the Rebel squadrons, I can’t help but feel a little cheated.  Yes, I understand wholly and completely that the A-Wing is very good for the points.  It moves fast, throws out decent dice against squadrons, have Counter 2 and throws 75% hits onto ships.  I am well aware of this and consider them arguably the best choice for squadrons overall for Rebels.  One thing is clear to me though, and has been confirmed with other competitive Rebel commanders that Rebel squadrons are very bland.  Not only are they bland, but they’re upcosted compared to Imperial counterparts and generally pay a premium to be the jack-of-all-trades thing.  If there’s anything I learned from playing miniature games competitively is that being a premium swiss army knife is not a good thing.  The only oddball out that I can think of here is the A-Wing and the Firespray, but the Firespray is making such a hardier impact on the meta because of Rogue, Bomber and the ability to be absolutely godlike with Rhymer.  Dengar just sends it into absurd levels that might jeopardize the competitive landscape, but that has yet to be determined in major events. 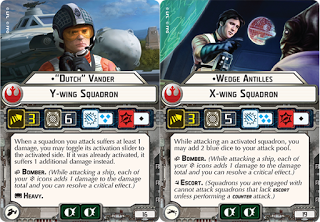 Dutch and Wedge, brothers for life.

Back to Rebel squadrons:  They are also very limited in combos that you can achieve.  The immediate thing that pops up in my head is Dutch + Wedge, being able to figuratively exhaust someone to get face-punched by Wedge’s 6-dice throw.  Really though, is there anything else?  Sure!  You add Adar Tallon as an officer or Yavaris into the mix to really get the most out of these two.  While I agree that the combo is strong, you’re also spending a serious amount of points to invest in this.  Dutch and Wedge is the first purchase, but Adar is a 10-point upgrade and Yavaris is a title upgrade from the Neb-B.  Independence is another upgrade example found on the MC80 that makes your speed-2 B-Wings actually worth a damn.  Compare this to the self-sufficient, commandless autonomy that is the Fireball and you can’t help but feel really bad.  I think it’s safe to say that Rebels absolutely need dedicated fleet support to get the most out of their squadrons whereas Imperials don’t have to care now.  Firesprays and Rhymer pretty much play themselves.

Does anyone else here see what I’m seeing in terms of cost-effectiveness?  Currently, the top winners for squadrons is anything that offers command compression (very little guidance), good damage on ships, durability and firepower.  I know I basically named a Firespray, but we have to be realistic here about the gold-standard for competitive play.  Once more people discover the power of the Fireball, the more people will have to look for ways to counter it.  Will generic Rebel fighters be enough to handle the threat?  No from what I’m seeing from my games.  I can certainty tie things up and offer them some resistance with my Tycho and 3 A-Wings, or even Dash and 2 YT-2400s, but I think I need something more in order to take on Rhymer and the boys.  Of course I understand that a paltry number of points cannot slow the deathcloud that is the Fireball, but that would mean that I’m either forced to play heavy squadrons or just outright die.  My immediate answer to this would be Dutch and Wedge, maybe Jan for extra defenses and load the rest up with A-Wings.

Is there anything that the Rebels have that you don’t need to tailor to beat the Fireball threat?  I honestly don’t think there is one unless you spend the points.  The objective is to either kill Dengar, or Rhymer, and both of those are hard as nails to take down without a dedicated list.

What do you guys think? 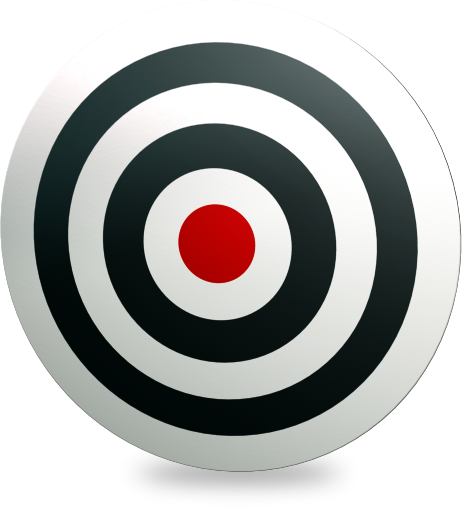