Warmachine: Giving the Gift of Warmahordes 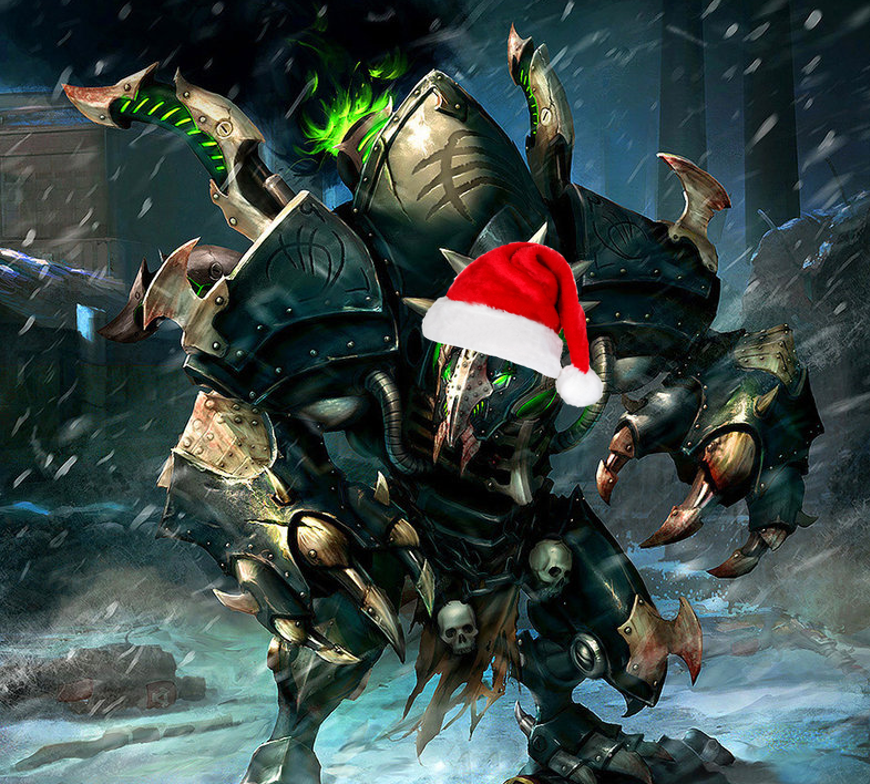 A discussion of using holiday gift-giving opportunities to introduce friends to Warmachine and Hordes.

Chalkboard here from Chalkboard War, with a discussion of the four rules for giving the gift of Warmachine and Hordes.

So we all have that friend that we would love to see playing Warmachine and Hordes with us. Maybe they’re an experienced wargamer who is too busy fiddling around in the Grimdark, exploring the Age of Sigmar, or crying out in the wilderness hoping that everyone will keep playing Warhammer 8th edition. Maybe they’re into the stable of excellent pre-painted Star Wars miniature games. Or they could be anywhere else on the gaming spectrum: a role-playing group friend, a board game buddy who might be ready for the leap to miniatures, or just a chum at work or school who seems like the sort who might enjoy Warmachine and Hordes.

With the holiday season upon us, and blessed with multiple holidays in the winter that include exchanging gifts as part of their traditions, it’s the perfect time to try and entice a new player into Warmachine and Hordes–nothing helps someone start out like the gift of the game.

However, it’s not that easy to give the gift and get a new player involved. So here are four rules for giving the gift of Warmachine and Hordes to others: undersell rather than hard sell, make it personal, make entry easy, and don’t be upset if they don’t play.

Undersell rather than Hard Sell

We all hate the hard sell. Really, no one likes it. So when giving the gift of Hordes or Warmachine, don’t try and coerce your friends into liking it. Don’t compare it to the other competing games. Don’t manipulate the friendship (see #4 below). Don’t drone on and on about how cool and amazing the game is. Don’t make it seem like they need to convert their entire miniatures library to Privateer Press models overnight. People can respond negatively to pressure or zeal, especially your hipster friends, who may refuse to like something simply because others enjoy it.

Instead, undersell. Play it cool. Give them a Battle Box with a card, where the card simply says something like “Thought you might like this game.” That’s all it takes. Let the game sell itself. For players that are recalcitrant die hard fans of another competing brand *cough* Warhammer 40k *cough* this is especially important. It’s not about conversion to a brand new system, but merely a “let’s explore this too” moment. Keep in mind that some players may have pre-formed opinions from the beginnings of Warmachine and Hordes, or from players who tried to introduce them to the game in the past. Just keep it cool by giving the gift of an opening.

The hardest part of entry to Warmachine and Hordes can be selection of the faction. My advice for the gift introduction is: pick for them, and explain your selection. It’s the explanation that makes the gift personalized, and for the starting player it’s more about getting into the game than getting the exact right faction from the start.

Think about their personality or play style in other games, and just make that starting call for them. They’re a no-nonsense green and red deck Magic player? Here’s Khador. They have a Tau army for 40k? Here’s Cygnar. They’ve played an elf in the past two campaigns of Dungeons and Dragons? Here’s Retribution of Scyrah. You can also think about other factors for what not to select. For novice modelers, avoid Convergence of Cyriss (difficult assembly) and Skorne (the Cyclops Savage arms quandary). For inexperienced painters, Hordes forces tend to be easier to get looking nice than Warmachine if you also show them how to wash models (see #3 below). The important part is that you think about them and their demeanor, and then explain the choice with the gift. “I got this because I thought it fit you” is the spirit behind the best gift-giving.

Even if they end up getting into a different faction, that’s fine. They’ll remember that you put thought into choosing that first army, and that personalization is what makes the gift meaningful. 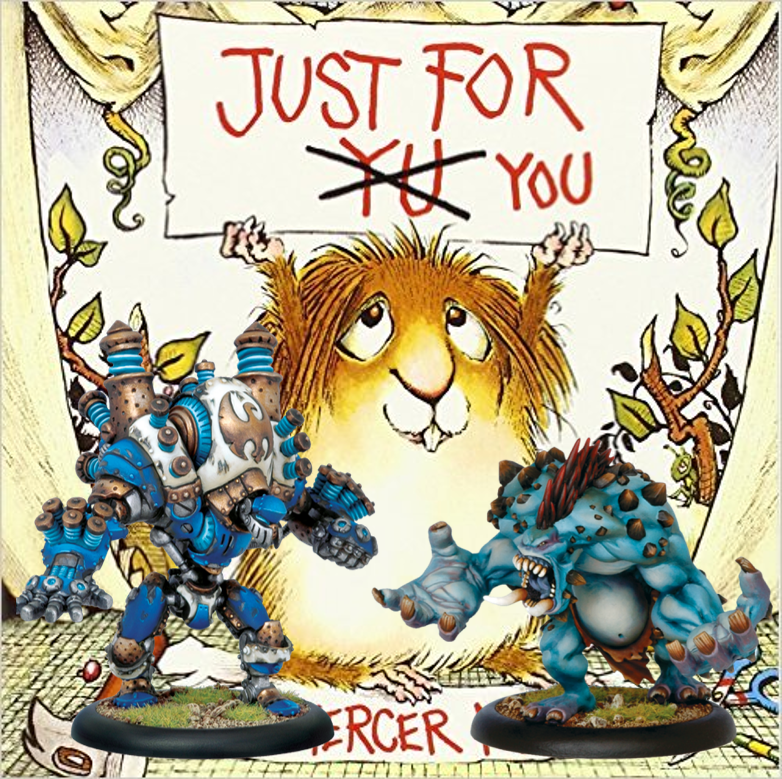 Remember back to when you got into the game: what parts were intimidating and what drew you in? Then do your best to make their entry easy.

For players new to building and painting miniatures, give them a set of loaner tools as well. Sometimes a hobby knife, the right glue, and some bagged sand might be the difference between getting the models built and them remaining in the box for years. The same goes for painting: give a can of spray primer, loan some brushes and basic paints, offer to host a night where you sit down and paint together.

The other side of making entry easy is in playing the game. Give the rulebooks, or the faction book, as part of the gift. If you’re giving a battle box, it’s all the easier as it comes with the quickstart rules. Or if they don’t mind pdfs, link them to Privateer Press’ website where they offer the rules. And don’t overlook the faction book. Saying “head to this website and compare models” or “go to the forums and find out what to build” isn’t as cool as “here are the stories and options for the full force I’ve given you, explore at your leisure.” The faction book is, in my opinion, the most important route for new players to the game to get excited and interested. Just because you haven’t cracked yours in months doesn’t mean that they won’t get a huge value out of that resource.

Finally, don’t forget all the do-dads that it takes to play the game. They’ll likely be able to scrounge up a tape measure, but be ready to loan them tokens and counters, melee range key, card holders, and dry erase markers. These can be part of the gift, or part of “I’ll let you use these when we play” for your first games. Either way, the goal is to make sure that they have the easiest entry to the game you can. Think about points where a new player may get discouraged or leave things incomplete, and deploy a plan to help them past those moments.

Don’t be Upset if They Don’t Play

I cannot stress this enough. I utterly love this hobby, but I also recognize that other people are other people. Life gets in the way. Other pastimes hold more sway. They may simply not find the game as enjoyable as we do. So the final rule of giving the gift of Warmachine and Hordes has to be this: don’t be upset if they don’t embrace the game like you do.

There’s a particular pitfall that can happen with the “gifted” version: when you’ve (somewhat) cold-supplied them with models and/or rules for the game, and “gift unused” resentment creeps in. It’s a problem of communication ultimately. They feel bad because you gave it to them, but they’re not playing, so they avoid you. Or you resent them not playing and you let that color your interaction with them (altering your speech patterns or outreach to that person without even knowing it). If the only game you end up playing with them is the passive-aggressive game, then that defeats the purpose. 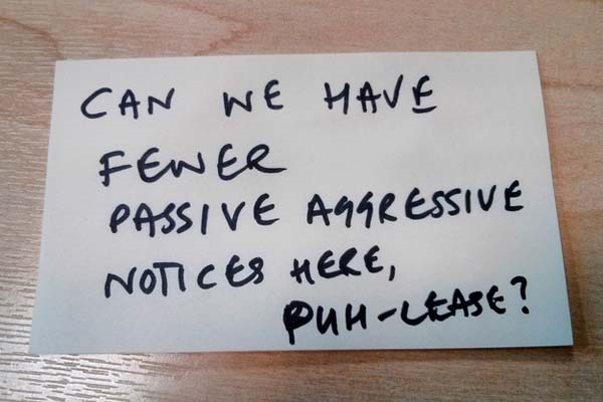 “I’ve noticed that your two Cyclops Savages haven’t even been assembled yet–waiting for the right moment? XOXOXOX -Chalkboard”

Ultimately, it’s a gift. So you cannot feel bad about a gift unused. It feels good to write that not only because those words help me get past the guilt about that label-maker my aunt gave me when I was 12, but because it’s a reminder that the friendship comes before entry into Warmachine and Hordes. When giving the gift of Warmahordes, you’re hoping to take the recipient on a journey with you into a fun place. If they choose not to take that journey, or end up not journeying as often as you do, that’s okay. Again, play it cool. You tried, and not everything we try works out.

I hope these four “rules” of giving the gift of Warmachine and Hordes get players thinking about how use any and all gift-exchange holidays as a chance to invite friends to the game. By giving gifts thoughtfully and having some guidelines for effective gift-giving thought out in advance, this holiday season can be one that sees more players taking up a great game.

~ How would you go about giving “the Gift of Warmachine and Hordes” to someone? What strategies work for getting new players into the game?

For examples of “not everything I try works out”, check out Chalkboard’s blog at www.chalkboardwar.com. 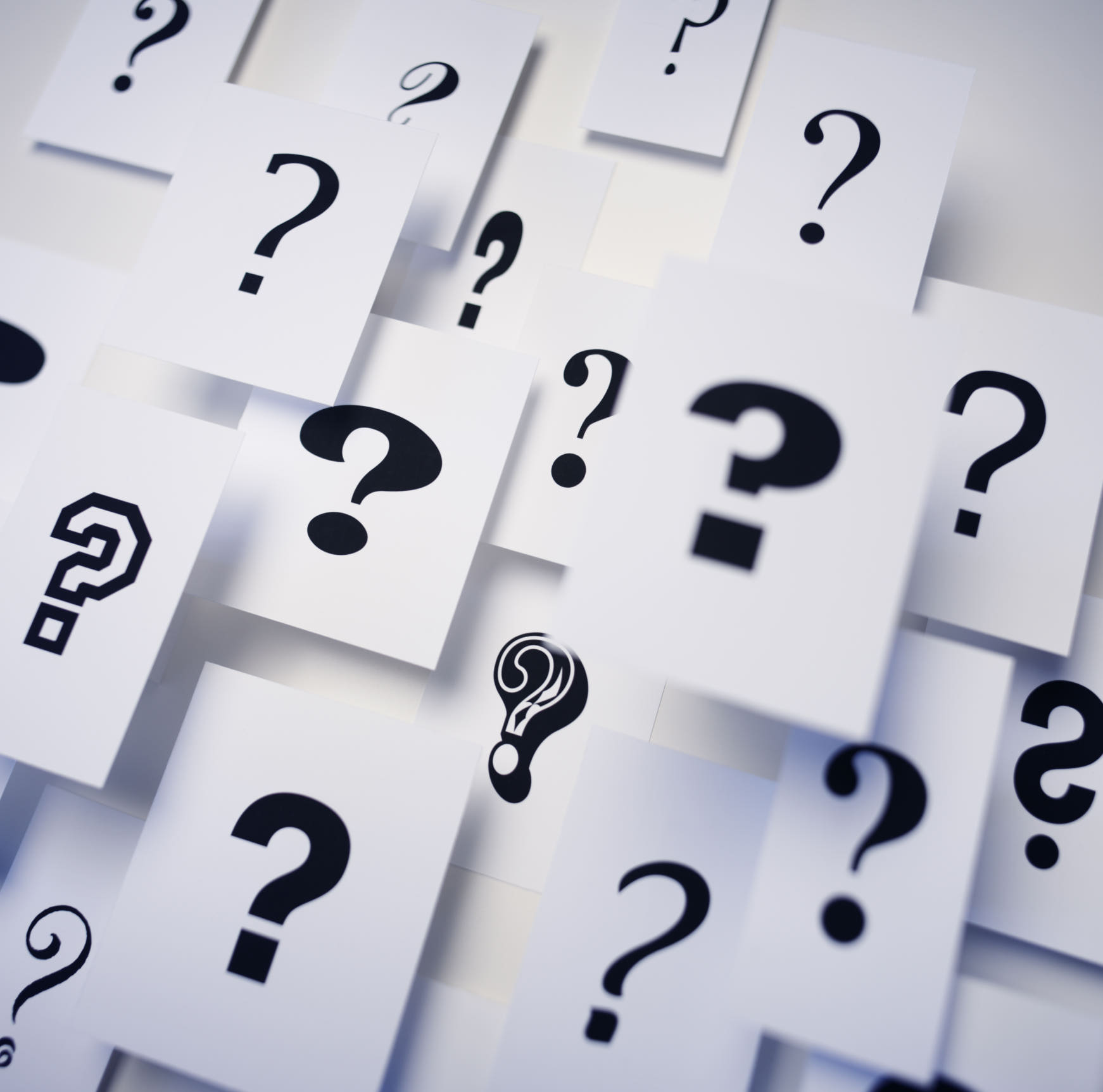