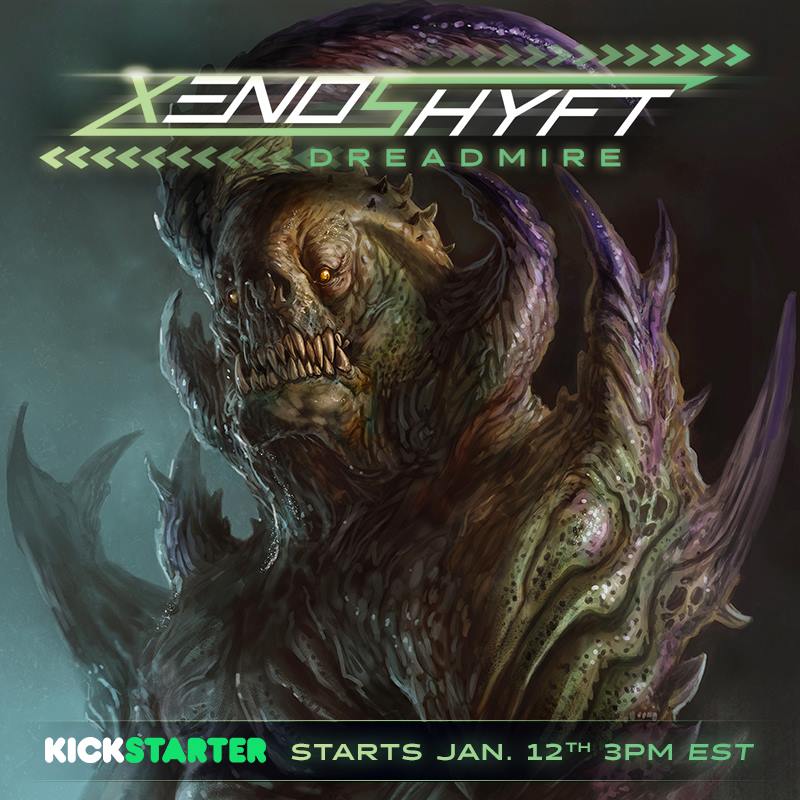 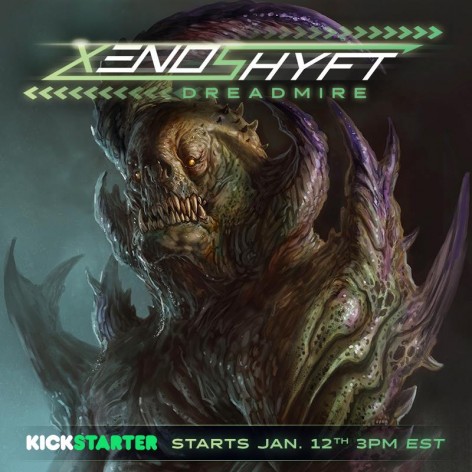 Get ready for the next phase in XenoShyft – the Dreadmire Kickstarter is going live TODAY at 3 PM EST!

Cool Mini Or Not (CMON) has put together another Kickstarter and this one looks to be just as solid as the rest – It’s the next chapter in the XenoShyft series: XenoShyft: Dreadmire! This new fully cooperative card game is both an expansion and a standalone product. You can combine it with XenoShyft: Onslaught or just run it right out of the box. Lets see what CMON has to say:

The XenoShyft: Dreadmire Kickstarter launches Tuesday, January 12th at 3pm EST! XenoShyft: Dreadmire brings players back into the NorTec Corporation as they strip mine another planet for the highly sought-after Xenosathem. Players will have to make strategic decisions and work together as they face off against the Brood, a monstrous horde of all new alien foes. But it isn’t just the Brood that players will have to worry about this time. Weather effects will drastically change the game each round, making the Brood more powerful! Luckily, NorTec has adapted and helped even the odds with new tech customized for different weather effects. 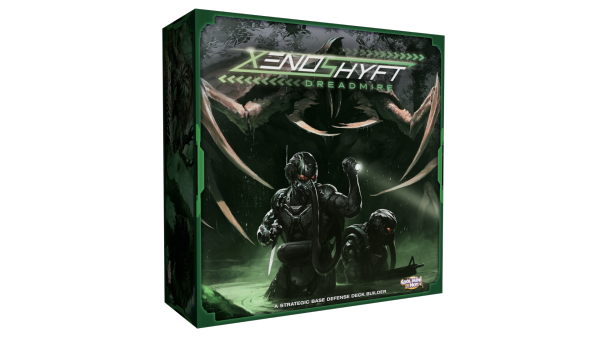 XenoShyft: Dreadmire is a fully cooperative card game designed for 1-4 players. Working as both a standalone game and an expansion, XenoShyft: Dreadmire can either be played by itself or shuffled intoXenoShyft: Onslaught, adding new foes, items and troops. With over 400 cards, and the same immersive art direction as the previous game,XenoShyft: Dreadmire brings the same quantity and quality players have come to expect from the XenoShyft franchise! 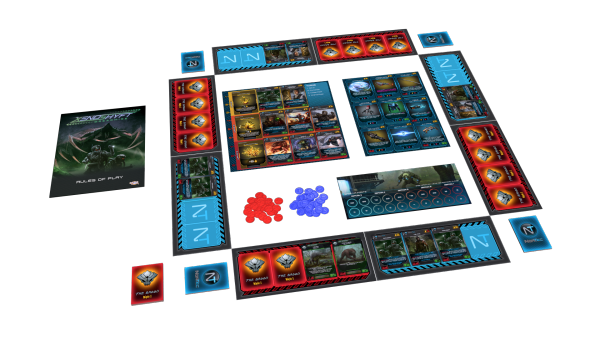 Look for XenoShyft: Dreadmire on Kickstarter starting January 12th at 3pm EST. Follow XenoShyft on Facebook to join the conversation and find out the latest game news when it happens.