PP: Warmachine With NO Warcasters! “Company of Iron” Pt. II

Privateer is continuing it’s previews of the “New Company of Iron” League – This time it’s the Trollbloods & Skorne Forces!

Last week we talked about Cygnar and Cryx. This week, our focus shifts to the Trollbloods and Skorne.

Over the centuries, Dhunia’s children have faced great tragedy as a people and as individuals, and the Thornwood’s Memory is no exception. The remnants of a war-shattered kriel, these unlikely warriors wander the darkness of the Thornwood, chronicling the deeds of fallen trollkin in the region lest those fallen be forgotten by time. They regale any passing kin with tales of the heroes who have gone before them, assuring weary warriors that should they fall in battle, their own glorious deeds will be remembered in the rich oral tradition of their people. 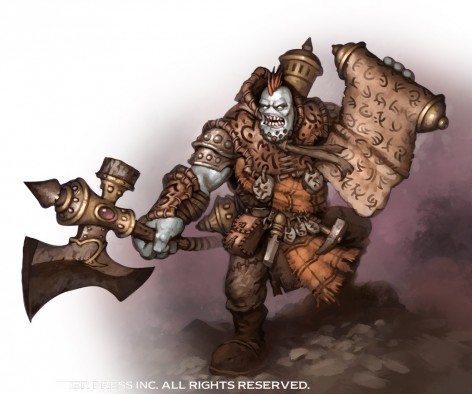 The Thornwood’s Memory is composed of a unit of Trollkin Scouts, a minimum unit of Pyg Bushwhackers, and are led by a Stone Scribe Chronicler. This platoon picks up a major buff early in the league, with their starting promotion granting every member of the unit True Sight—a huge boon for such a ranged-oriented platoon. Unlike other platoons, the Thornwood’s Memory is one of the few groups that can actually benefit models not in their platoon. One of the group’s promotions gives the Stone Scribe Chronicler Inspiration [Faction], meaning no friendly Faction models in his command range will ever flee, and they will always rally when they fall back to his location.

In addition to the Chronicler’s defensive and support capabilities, the Thornwood’s Memory also excels at sneaking through terrain and harassing the enemy from a distance. Given later promotions, the group can do some serious damage to warjacks and warbeasts that get too close to the Pyg Bushwhackers, thanks to a new ability they can earn called Big Game Hunter, which reads: When a model with Big Game Hunter damages a warjack or warbeast with a ranged attack, choose which column or branch suffers damage. Instead of rolling damage on a ranged attack, this model can inflict d3 damage points. A model that participates in a combined ranged attack loses Big Game Hunter until the attack is resolved. 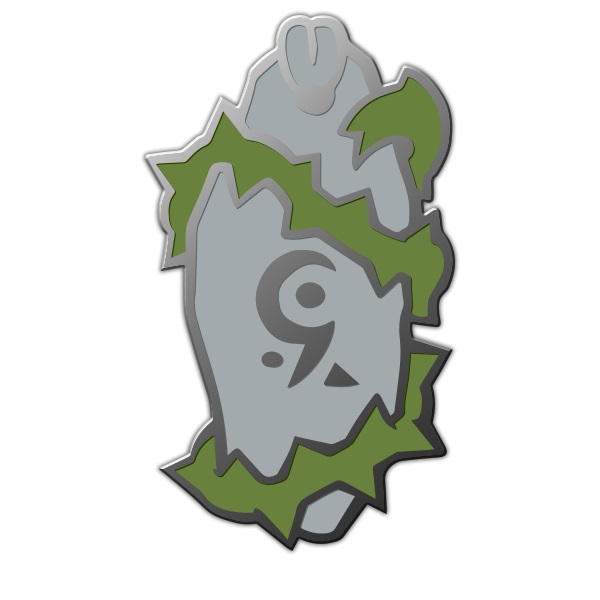 Though all skorne harbor hope for exaltation upon death, most are prepared for the far more likely reality that their souls will be cast into the Void, where they will linger in torment for all eternity. Trained by Void Seer Mordikaar, the Suffering brings the promise of a fate even worse than the Void. This specialized group uses a unique combination of the paingiver’s lash and the mortitheurge’s prowess to attract and bind the souls of the dead to Caen as Void Spirits. The Suffering reaps a terrible harvest across the battlefields of Immoren, and only Mordikaar knows to what end. 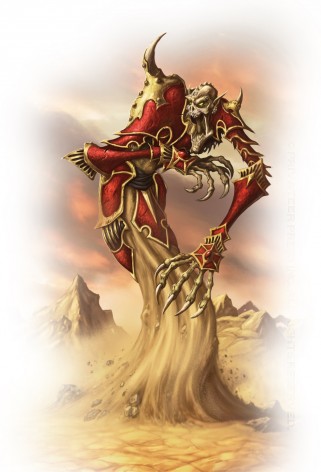 The Suffering is composed of a unit of Paingiver Bloodrunners, a Paingiver Bloodrunner Master Tormentor, and two Void Spirits and is led by a Mortitheurge Willbreaker. This platoon is just…mean. To begin with, the whole group gains Poltergeist, making each platoon member a pain (pun intended) to deal with. Later promotions focus more on turning the already formidable Void Spirits into truly terrifying creatures to deal with, especially in the smaller platoon skirmish games. For example, the third promotion the platoon can earn grants the Willbreaker a new ability called Into the Void, which reads: When a model with Into the Void hits an enemy model affected by Mark of Pain with a magic attack, after the attack is resolved friendly platoon Void Spirits in this model’s command range can immediately advance up to 3˝ and make one normal melee attack.

Proper care and strategy must be taken when dealing with the Suffering. Careless enemies will find their infantry forces slaughtered down to the man by the ministrations of the Paingivers while the pair of Void Spirits run rampant through the army, sowing death and destruction. 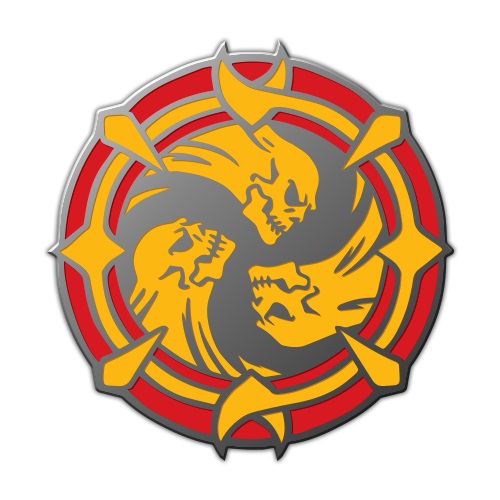 That’s all for today but remember to check back next week for a sneak peek of the platoons available for Mercenaries and Minions. For a full list of the models in the platoons, click here.

The Company of Iron Campaign season is on the way! Are you ready for non-Caster throw downs?