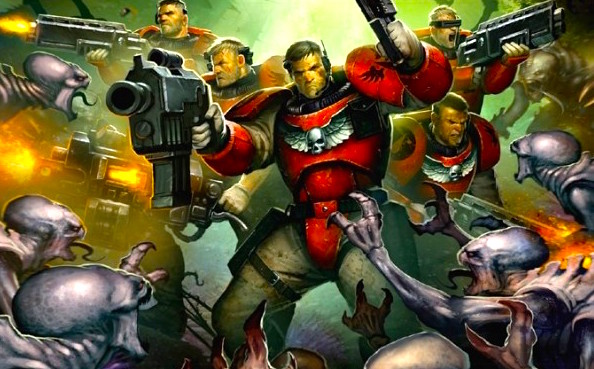 “Games Workshop is releasing a new version of the 2000 classic Lost Patrol with updated components and rules. It arrives in stores on June 17.

The new game is a two-player game with one side taking on the roles of Space Marine Scouts hunted by the other player controlling a group of fearsome alien Genestealers. Played out on a dynamic, tile-based board, the squad of Marines must navigate a jungle that moves and changes as they travel the board. The game has updated rules from the original 2000 game and is just as fast-paced as the original, playing in about 30 minutes.” 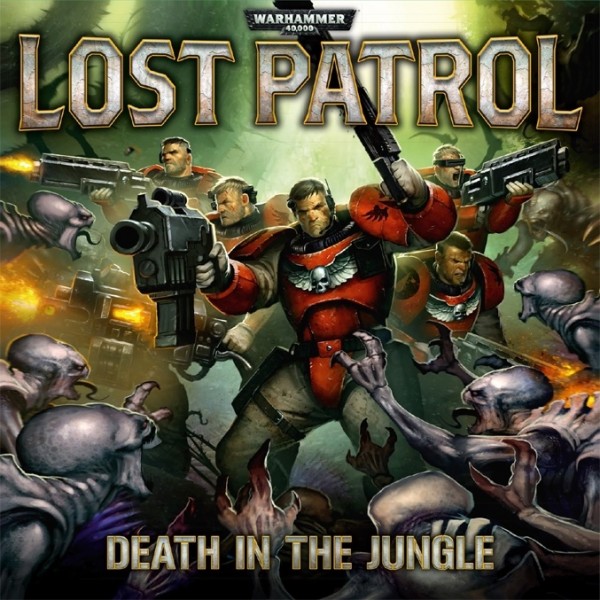 The game is described as follows:

GW has solicited the game to distributors at GAMA 2016 in Las Vegas, occurring this weekend.  The following image from the show has arrived, with some interesting details:

images via Imgur and Barcode: 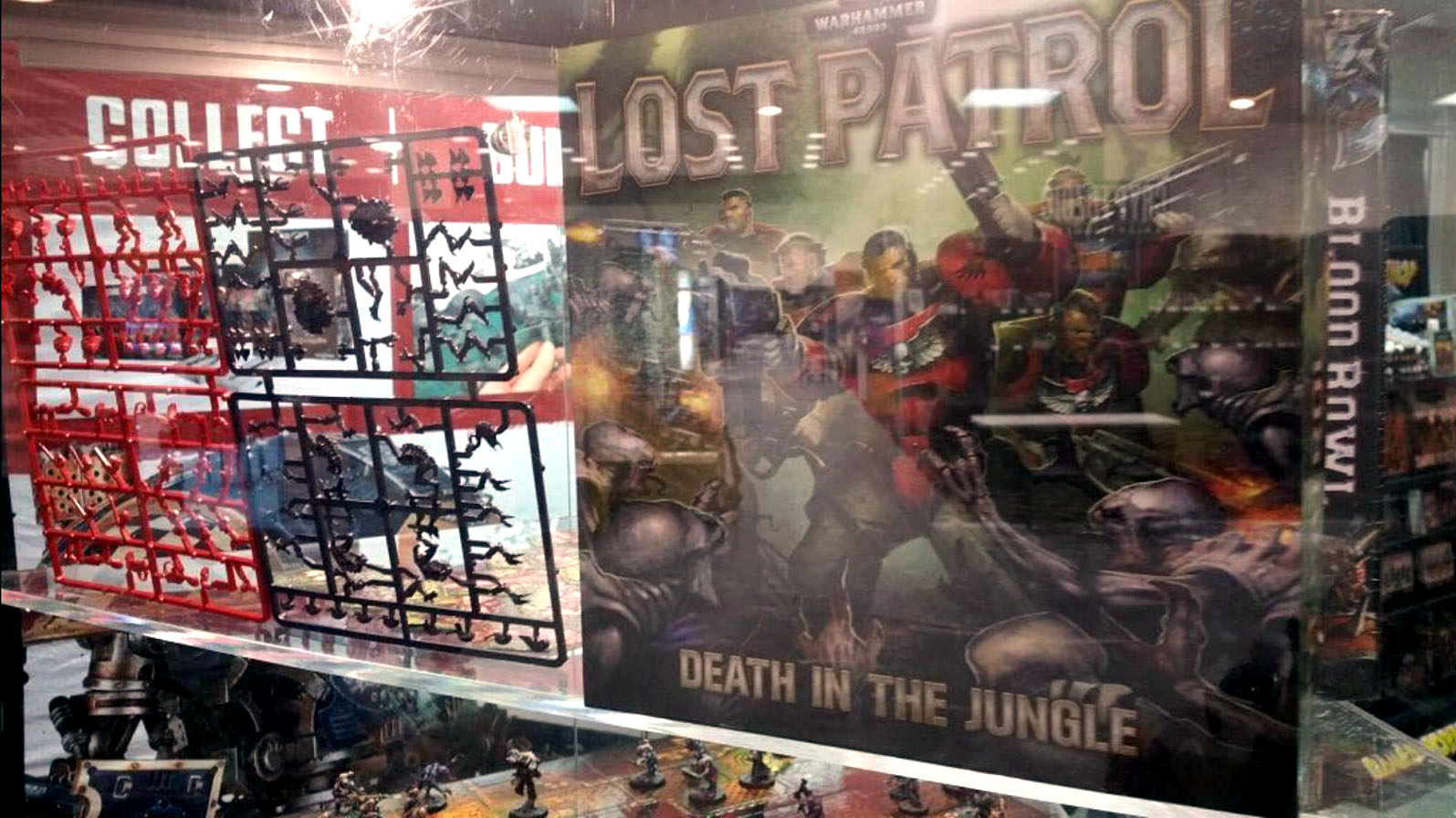 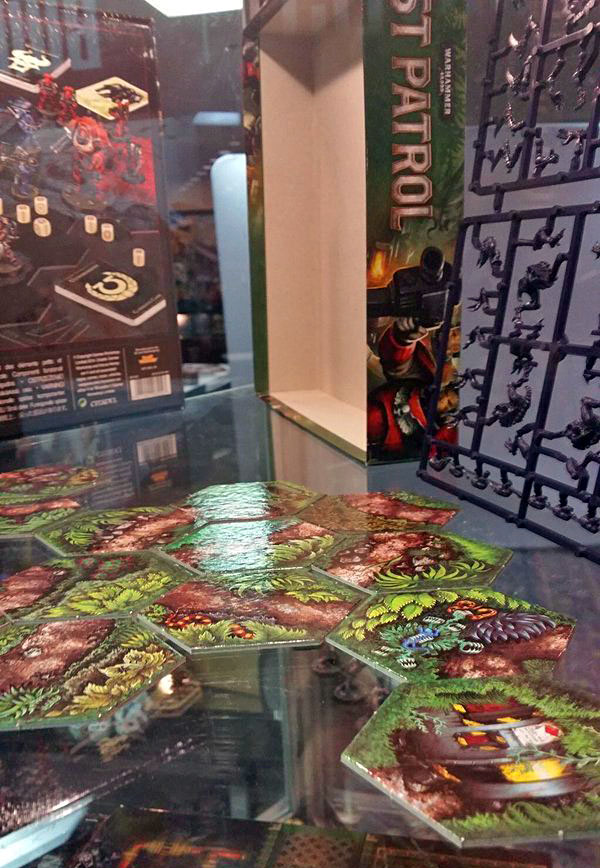 Here we see a shot looking into a display of GW products.  You get the Lost Patrol box on the right, color codes sprues on the right, as we have seen with the “Build & Paint” toy store intro kits seen at the Essen Toy Fair in Germany earlier this year. We see the distinctive hex-tiles from the original 2000 edition of the game. Down below we see Deathwatch:Overkill, and what is that on the far right…

Over on the far, far right we see this: A printed Blood Bowl box.  It’s getting closer…

Note the timing on all this stuff:

It looks like GW is swing back hard into the standalone boardgames that all tie into their existing “big-line games” this year. They are truly returning to their 1990s roots.

Not a second too soon!

Not the new cover… but it’s still cool!

~Ok, what are you more excited about – Lost Patrol or Blood Bowl?