Warmachine: Wrath of the Dragonfather 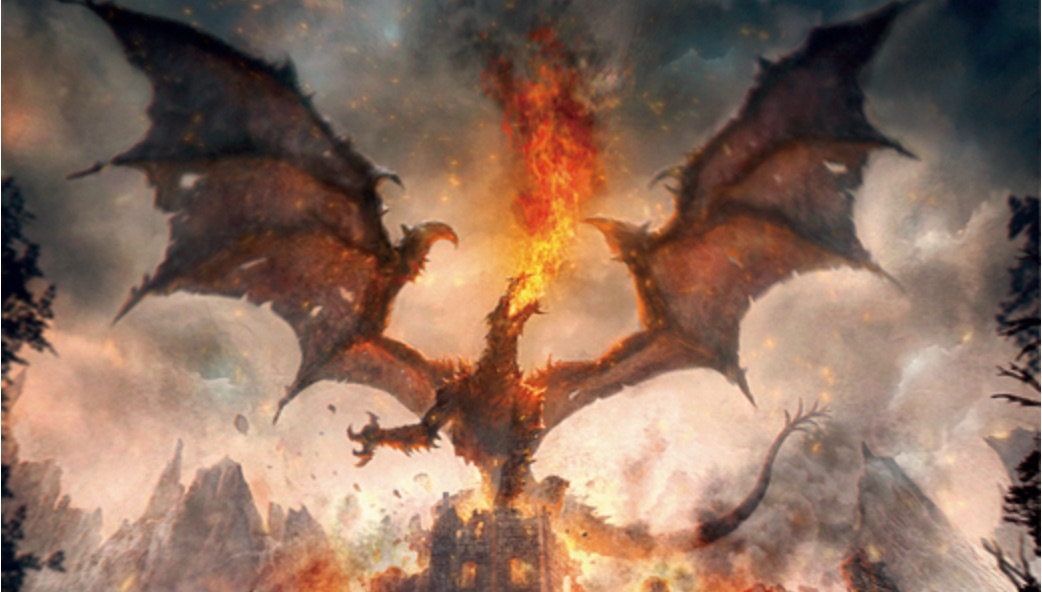 Privateer give you a taste of the upcoming Dragon of Immoren.  Take a closer look if you dare…

As anyone who loves fantasy knows, there is something inherently captivating about dragons. They are fire-breathing monsters born out of nightmares, the bringers of smoke and ash and death.

And so it is with the god-like dragons of Immoren. Blighterghast the Boiler of Seas, Scaefang the Soul Eater, Halfaug the Frost Mother, Charsaug the Mountain Shadow. I consider myself profoundly lucky to have been given the opportunity to bring these draconic legends and many others to life in the pages of Wrath of the Dragonfather, the upcoming release from Skull Island eXpeditions. More than a standalone novella, Wrath of the Dragonfather is the final chapter of a much larger saga that not only includes plotlines from both WARMACHINE and HORDES, but also stretches back in one form or another all the way to HORDES: Metamorphosis in Mk I. The novella touches on the fight for the disembodied dragon athanc, as well as the escalating conflict between the dragon Everblight and the alliance of his kin. It is the intersection of these events, involving characters from four different factions working at cross-purposes in addition to the dragons themselves, that made writing the story the single most difficult task I have undertaken since becoming a member of the Privateer Press staff. The result is something that will change the face of Immoren forever.

The following excerpt is but a small taste of the destruction set loose upon western Immoren:

“The alarm,” Haley said. “Sentries must have spotted something. Come on.” From where they stood, they couldn’t see past the surrounding buildings, so Haley hauled herself up the ladder on the side of the Lady Warthunder. Blaize followed close behind. From atop the train, they could see to the southern gate and beyond. Guards rushed along the city walls and up the stairs to take positions. In the streets, the crowds surged northward to the upper tiers of the city. The way they moved made Haley think of the schools of fish she sometimes saw off the coast at her hometown of Ingrane. They swarmed this way and that as they tried to escape something larger than themselves. A predator. A roar washed over Orven like a wave. On the horizon, the unmistakable form of a dragon soared toward the city. Its massive form propelled through the sky effortlessly, and its tail listed from side-to-side like some great serpent ready to strike. Haley’s mind filled with the visions from the disembodied athanc, and she cursed herself for bringing the heartstone to the people who dwelled here in the shadow of the mountain. The darkness that had surrounded her and her party was closing in, tightening like some great noose.

Three beats of the dragon’s wings brought it over the sprawling mining camps surrounding the city. There was a brilliant light as it unleashed a torrent of flame from its maw, reducing a crowd of fleeing workers to ash. Two more beats, and it was at the southern wall. Gunfire erupted along the defenses, but the effort sounded feeble in comparison to the dragon’s roar. Another burst of flame consumed the defenders manning the southern gate, and a passing flick of the dragon’s tail shattered a guard tower, hurling masonry and broken bodies into the streets below. Using its gigantic claws, the dragon sheared the roof from an inn while—with a single snap of its jaws—it devoured several guardsmen on horseback, steeds and all. Screams came from the lower tiers of the city, and the people of Orven ran for their lives, flooding the tight streets. Above them, the dragon swept over their homes, indiscriminately bathing the structures in fire. Windows burst from the heat, and great gouts of smoke billowed into the open sky…

Wrath of the Dragonfather is a story of prophecies, the wars and politics of dragons, and the perseverance of mortal men and women in the face of insurmountable odds. Cities burn, mountain ranges are torn asunder, armored trains battle winged terrors with cannons and guns and lighting, and the most unlikely of alliances take hold to stave off the encroaching darkness. I have done my best to do those fire-breathing legends of old justice, though doing so has undoubtedly taken its toll on the Iron Kingdoms as we know it. Writing the tale was a terrific experience, and I hope those readers who, from time to time, call Immoren home enjoy the ride.

~More on Wrath of the Dragonfather soon…