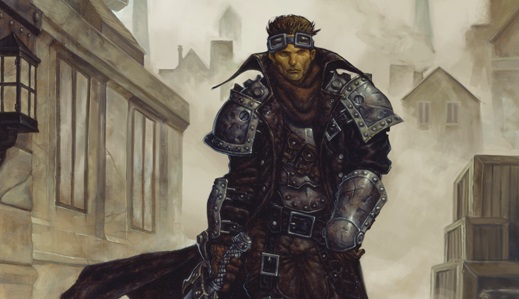 Privateer Press’ Jason Soles is back to talk about new MK.3 Game Mechanics – this time it’s all about the ‘Jack Marshals!

Another short but important one: this time, we will be discussing ’jack marshals.

When we began working on the new editions of the game, foremost among our design objectives was to see more warjacks on the table. Once we saw the potential of the Power Up rule in action, we knew battlegroups were sorted, but ’jack marshals began to feel lackluster. This led to another round of discussions and playtests as we sought a means to let the more mundane warjack operators come to the fore. Eventually, this led to a broad re-envisioning of the ’Jack Marshal rules.

First, to simplify the rules a little, we limited each ’jack marshal to only controlling a single warjack at a time. Next, we broadened the list of benefits a ’jack marshal could convey to its warjack and increased the potency of those benefits. Now, once during each of its activations while in its controlling ’jack marshals command range, a warjack can gain one of the following benefits:

• Strike True! – The warjack gains +2 on all attack rolls during its activation this turn.

With the added complexity these new rules added to the game, we also focused on which models would have the ’Jack Marshal rule—some models gained it while other lost it. We tried to limit this to where we felt it was most likely to be used.

Oftentimes, we added incentives to models with ’Jack Marshal

to further encourage their use in this role. This encouragement usually took the form of Drives, which, in lieu of the removal of command checks in the game, operate more like Leadership special rules that convey benefits to certain models as long as they are within the command range of the model with the Leadership rule.

For example, the Iron Lich Overseer gained Drive: Dark Shroud and a spell that could grant Stealth

to itself and a warjack it controls. In the end both the changes to ’jack marshals and to battlegroup commanding solos resulted in an increase in viable options for putting more warjacks (or warbeasts as the case may be) on the table.

These changes sound great – anything to get more Warjacks on the table is a good move in my book! I can’t wait to see what else Mk.3 has in store for us!

Gather your ‘Jack Marshals – it’s going to get crazy in here!