Lots of Trek news – including an Axanar update – broke over the weekend – come catch up!

First off: it looks like Paramount fired the bunch that edited the first trailer, and has given Star Trek: Beyond the sweeping space battle filled trailer it deserves…

Reports are saying that the ship at the end is an NX class. Those were in operation before the Prime Directive… this could actually be interesting.

The trailer was debuted at a fan event that was held in the studio where TOS was filmed. Paramount also showed off the new official posters – that demonstrate the split personality marketing style we’ve seen in the trailers pretty clearly. 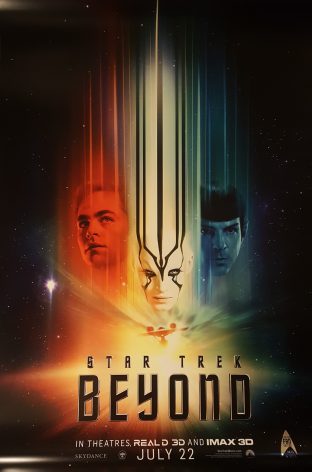 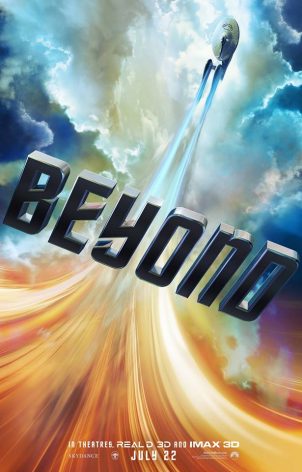 Those lucky enough to attend got a 10 minute preview of the movie, and a Q/A with JJ Abrams, Justin Lin, Chris Pine, Zachary Quinto, and Karl Urban. Which is where this second bit of news comes in. Apparently Lin and Abrams are fan film supporters. Abrams had this to say about the Axanar lawsuit during one of those sessions:

“A few months back there was a fan film, Axonar, that was getting made and there was this lawsuit that happened between the studio and these fans and Justin, I’ll tell the story because he probably wouldn’t, was sort of outraged by this as a long time fan. We started talking about it and realized this was not an appropriate way to deal with the fans.

The fans should be celebrating this thing. Fans of Star Trek are part of this world. So he went to the studio and pushed them to stop this lawsuit and now, within the next few weeks, it will be announced this is going away, and that fans would be able to continue working on their project”

1. Even though we’re really excited by what JJ Abrams and Justin Lin shared at last night’s Star Trek Beyond event, the lawyers need to do their work (on both sides) before the lawsuit is officially resolved. This means we need to make sure we still meet all of the required filing deadlines for responses, etc. which we will (this takes a great deal of Alec and Winston & Strawn’s time).

2. CBS also tweeted that they are working on guidelines for all fan films – we’re anxious to see what those guidelines say and make sure we have a clear idea of what needs to be done to meet those expectations.

3. Once those two things are done, we have to get our team together to assess our current situation, determine what can be made (e.g. can we go with a current version of the script or do we need to change it), and take an inventory of what resources we have in-place to get it done.

Axanar’s full release is looking more likely. It will be interesting to see what kind of deals the lawyers bang out in the next few weeks.

Star Trek: Beyond is due out July 22

Has the new trailer changed minds out there?