Privateer: Legion of Everblight in V3 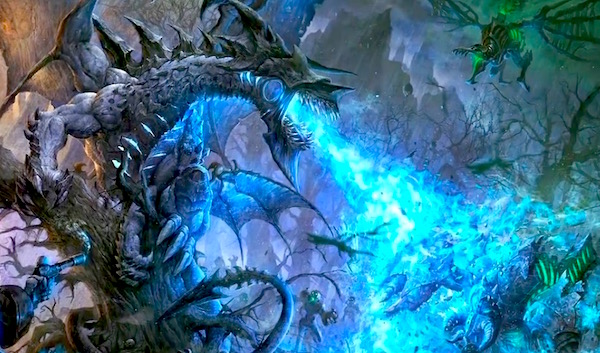 Privateer has a lot to say about how Fury and Legion in particular will work in the upcoming V3.

Take it away Will Shick:

Legion is a Faction heavily defined by the unique relationship between the dragon Everblight, his chosen warlocks, and the horrible dragonspawn birthed from his blood. It is a Faction that strikes hard and strikes fast, driving straight for its enemy’s throat in order to tear it out before fading away into the shadows.

Spawned from their draconic master’s twisted imagination and blighted blood, the dragonspawn warbeasts have always been a cornerstone of the Legion of Everblight. However, Everblight’s armies are far more than just his spawn. His enslavement of the tribes of Nyss and Ogrun from the north of Immoren is also an integral part of the Faction’s overall identity. It was clear, however, that throughout Mk II this important piece of the Faction had become relegated to the shadows. The raw efficiency of Legion battlegroups simply outshined the majority of the troop options available to Legion commanders. While we wanted Legion to be defined by its powerful dragonspawn, we knew the scales had tipped too far—an overbalancing that had not only pigeonholed how players approached their list building, but also had begun to severely limit our design space and ability to offer interesting and compelling options to keep the Faction fresh and exciting. This was the balancing act that we had to carefully approach when working on Legion for the new edition. We absolutely wanted to maintain the core pillar of the Legion’s unique relationship with its warbeasts, but at the same time we wanted to rebalance the scales to bring its many units and non-warbeast support solos back into contention.

The first step of this was an overall rebalancing of the Fury mechanic at whole. Over the lifespan of Mk II, we had come to realize that there had become very little risk in our game of risk management. Thus, our first steps in the development process were diving in and completely rebalancing the reality of risk associated with the Fury system. In many instances, models that could remove fury from warbeasts had their abilities toned down to prevent them from being able to completely remove the risk of running warbeasts hot. No longer could a player remove massive amounts of fury with a handful of cheap solos or units. In addition Threshold values were revised with an eye to the nature of the beast itself, meaning that the more savage and wild the warbeast, the more likely it was to break free from its master’s control if left with fury.

These large-scale changes to the fury system began the work of bringing warbeasts, and HORDES in general, back to the place originally envisioned: as monstrous creatures whose incredible power could be just as dangerous to those who sought to control them as to the enemies they were sent against.

These changes certainly impacted the Legion of Everblight in significant ways. However, while overall our goal was to reintroduce the risks into the Fury system, we still very much wanted to maintain and emphasize the Legion’s unique mastery over its blood-spawned warbeasts. While Shepherds can now remove or place only a single fury point on a warbeast with their Condition special action, the Forsaken remains an extremely potent fury management solo as its Consume Fury special action remains unchanged. And even though the Condition special action may be toned, Shepherds remain indispensible support solos as they can also heal warbeasts with their Medicate special action and force warbeasts within their command range thanks to the Beast Master ability. Oh, and neither Medicate nor Condition are limited to once per turn anymore. So with FA 3 and PC 1, Legion players still have ways to run larger battlegroups effectively, if not quite as 100% risk free as before. While toning the raw efficiency of Legion battlegroups to reintroduce risk was important to rebalancing the Faction internally, there were far more dials yet to be turned. It really shouldn’t be a surprise that Eyeless Sight has been toned in the new edition. While we still absolutely wanted Eyeless Sight to remain a distinctive and defining pillar of the Faction, as written in Mk II this rule had put immense restrictions on the design space of every single model that was slated to receive it.

In addition to simply looking at model balance and overall design space within and without the Faction, we also knew we needed to address Eyeless Sight (and other abilities like it that allowed nearly unrestricted targeting) because we wanted to reintroduce the tactical and strategic importance of terrain in the new editions.

As such, after much testing and retesting, we removed the ability for Eyeless Sight to ignore forests when determining LOS. However, the ability to ignore concealment, Stealth and cloud effects remain. In addition, Eyeless Sight now makes models that have it immune to Blind.

The new Eyeless Sight continues to offer great benefits, but now provides a much more engaging and tactically enjoyable play experience for everyone, as both players must carefully consider their deployment and engagement strategies based on the table layout.

Beyond the more global changes to both Legion and the new edition overall, one of our biggest rebalancing efforts was taking a comprehensive and critical look at the many Legion warlocks and reassessing their specific niche and role within the Faction. This provided us great opportunities to revisit and revitalize each warlock by defining a place and playstyle within the pantheon of their peers. Some warlocks remained just as battlegroup-focused as always. Thagrosh, Absylonia, and Saeryn all remain warlocks who are heavily battlegroup-centric and can push their warbeasts to the limit. In other circumstances, we took the new edition as a chance to really redefine certain warlocks. Bethayne, Voice of Everblight is perhaps my favorite reimagining. As a warlock who has the power to physically meld with her personal warbeast Belphagore, she seemed a prime candidate to step in as the combined-arms warlock, acting as a bridge between warbeasts and warriors within the Legion. Nowhere is this new focus more clear than with her new feat Symbiosis. Lylyth, Shadow of Everblight was also tweaked to better support a more infantry-centric approach to ranged combat as her feat now grants all friendly Faction models Gunfighter, rather than Snipe, in addition to an extra ranged attack that gives both Strider Scouts and Blighted Archer units a nasty trick against opponents who try to shut down their ranged game with jamming tactics. Lylyth 2 also picked up Soothing Song, giving her a noticeable boost in battlegroup efficiency as well.

Beyond the warlocks, the majority of Legion units underwent significant rebalancing to make sure they provided compelling and interesting choices alongside Legion’s stable of powerful warbeasts. In nearly every instance, the point cost of Legion infantry was redressed and in many cases reduced to better reflect their potential capability. Blighted Nyss Archers, for example, dropped to a low cost of 8/13. My personal favorites among Legion troops, the Blighted Ogrun also saw a drop in overall cost and picked up Tough (though like many medium-based infantry, they had their damage boxes reduced from 8 to 5). Another personal note of excitement for me was the rebalancing done to Grotesque Raiders, which turned them from an easily overlooked unit into a fantastic, fast, and expendable swarm. Of course, in addition to rebalancing the units against all the Faction warbeasts, we also spent a considerable amount of effort in making sure each unit filled a very specific niche within the army. A good example of this is the defined roles of Legionnaires and Swordsmen. In Mk II, Legionnaires simply dominated Swordsmen due to a combination of their exceptionally low point cost and their overall abilities. In the new edition, these two units now feature the same point cost at 9/15, but the Legionnaires have been retooled to better represent their role as heavily armored guardians, while the Swordsmen now stand as the hard-hitting, rapid, elite warriors their background paints them as.

Legion’s warbeasts also benefited in many ways from our in-depth rebalancing and retooling. The Scythean became an absolute infantry murder machine thanks to the Murderous ability—which grants it an additional die on attack rolls against warrior models—and replacing Chain Attack: Bloodbath with Thresher. Proteus in particular has become truly terrifying in the new edition, and I personally can’t wait to get him on the table in a post-Egg Roll world. My personal favorite warbeasts, the Nephilim, also got a bit of a bump in the new edition, with each picking up some additional rules to better represent its overall role in Everblight’s army of dragonspawn. For instance, the Nephilim Protector picked up Guard Dog, better emphasizing its bodyguard role, while the Nephilim Solider gained Precision Strike.

In the end, I couldn’t be happier about where my very first and oftentimes favorite HORDES Faction ended up in the new edition. While still able to run warbeast-heavy armies, thanks to the internal and external rebalancing of the new edition, Legion commanders have more options than ever before when building their armies to serve the will of Everblight! 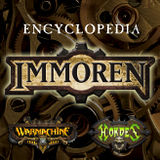 There’s never been a better time to dive into the lore of Warmachine/Hordes!

Author: Larry Vela
Dad, Gamer, Publisher, Pilot, Texan. All games all the time since junior-high. I started BoLS Interactive in 2006. I’m a lifelong tabletop & RPG gaming enthusiast, and internet publisher working to entertain and inform my readers every day. I've been playing RPGs and Tabletop Games since the 1970s. I'm been playing and covering Warhammer and Warhammer 40K for over 35 years.
Advertisement
Legion of Everblight Privateer Press Rules Warmachine-Hordes
Advertisement 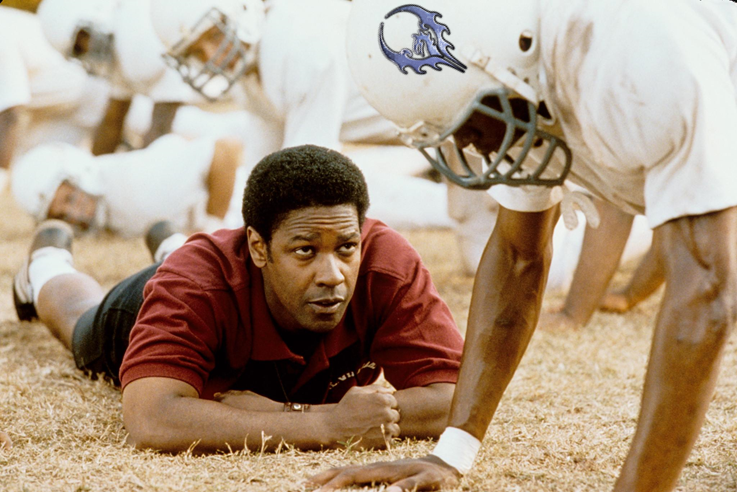