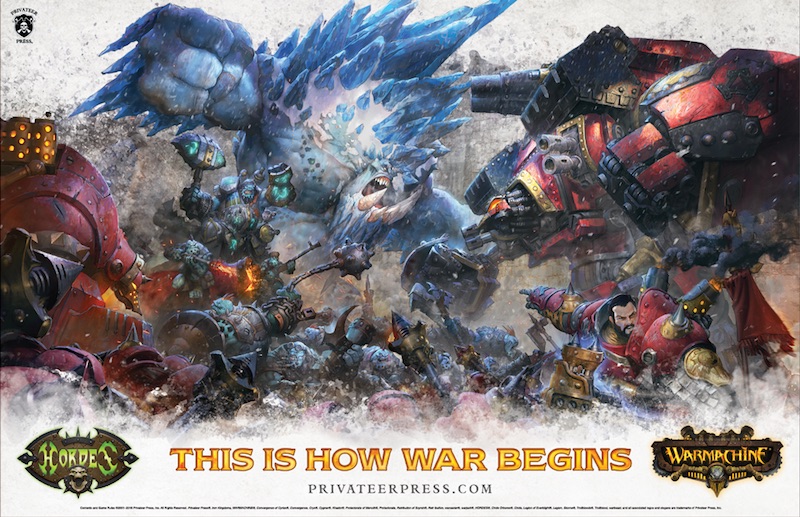 You’ve been anxiously waiting for months – the new edition and War Room 2 are here!

For those who might be new to WARMACHINE and HORDES, War Room is digital card library, army creator, in-game card and reference tool, and collection manager all in one. For those who have been around the War Room as it were, War Room 2 has a host of cool new features and a significant number of upgrades over its Mk II predecessor.

One of the biggest areas Tinkerhouse Games spent the better part of two years working on was upgrading and enhancing War Room’s user interface and overall user experience. This work was made possible in may ways thanks to the new Unity software on which the app is built from. In addition, THG made extensive use of the great WARMACHINE and HORDES community through numerous beta tests over the last year. The end result is a faster, more streamlined experience throughout the app. One of my favorite changes is the retooling of the old Fight mode, where you can take your digital army lists and use them in place of physical cards right in your games. The new system, now called Go To War, features a significantly enhanced multiplayer experience thanks to the industry leading Photon multiplayer software and server system. In addition, enhancements were made to the Go To War UX as now you never need to leave the overview screen during a game to see all your models’ rules. Now selecting a model brings up all of the stats and rules on its card right in the summary screen when using War Room on a tablet. This makes using War Room in your games faster than ever before. No more searching for the right card, everything you need is just a tap away. War Room doesn’t just give you easy and quick access to all your cards, it also features easy to access core rules reference with access to the complete free core rules digest right in the app. And come the official launch of the new editions later this month, the ever popular rules reference quick search function will be up and running.

Last but certainly not least, as a digital and updatable system, War Room 2 gives us the ability to easily and quickly update all its card data to reflect the most up to date and accurate text. This means that War Room’s digital cards will always reflect the most up-to-date errata. And War Room’s faction decks will be consistently updated with every new model and theme force released for the life of the edition.

You can download War Room 2 from the Apple, Google, and Amazon app stores. It features a selection of free cards and a core rules digest.

What do you think of the new edition?