Privateer: Kryssa From Concept to Miniature 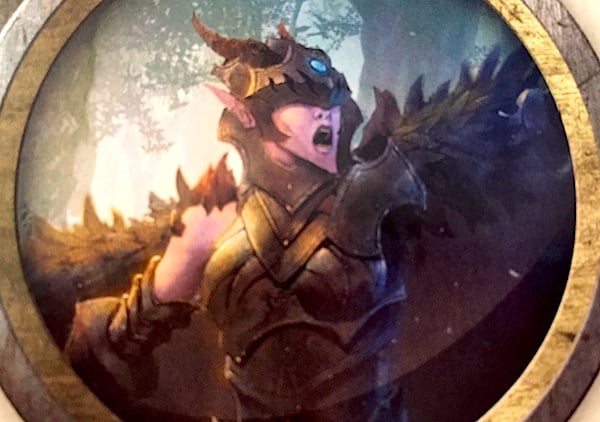 A new Legion of Everblight Warlock is entering the battlefields of Immoren!

“Not every hero seeks universal acceptance and renown, and some fight for a singular purpose that may seem alien or even villainous to others. Such is the case with the hero in “The Chosen,” by Aeryn Rudel. Kryssa, Conviction of Everblight, is a Legion of Everblight warlock who bears a shard of the athanc, the soul stone, of one of the mightiest creatures on Caen: a dragon. She fights to be worthy of Everblight’s favor, she fights to spread Everblight’s influence throughout Caen, but most of all, she fights to earn the dragon’s providence.”

Get to know this new Warlock better check out this short story. 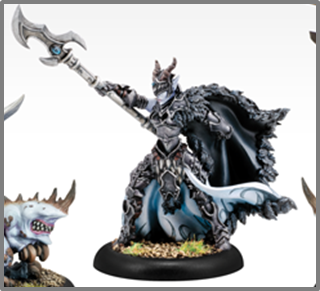 Privateer art director Mike Vaillancourt talks about the art design behind her model:

Every concept starts with a description, of course, and this project was no different. We started with this short list of details for Kryssa:

After sending the full description to Andrea Uderzo, I received the following sketch: 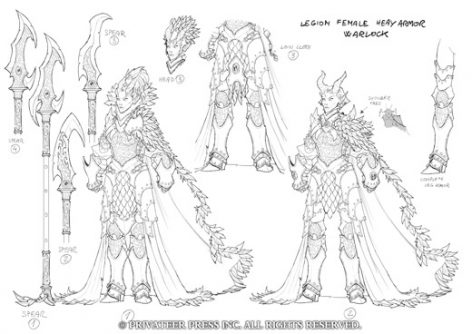 I compared the sketch with the written description and made a list of the elements I did and didn’t like. In this case, my first remarks were regarding the spear. Spears #1–4, although interesting looking, weren’t really spear-like, although #2 was pretty close.

So, I added a quick sketch (1b) to Uderzo’s work with a suggested spearhead adjustment and sent it to group for review…. 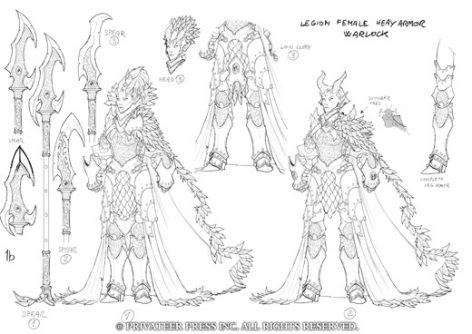 Looking at the body options, I preferred body #1 with the shoulder-free cape and gauntlets from #2, and I found head #1 to be the most appealing. Feedback from the group suggested using the helmeted portion of #3, loincloth #3 without the gem, and adjusting anatomy to balance her proportions. I sent that feedback to Uderzo and soon received the following sketch: 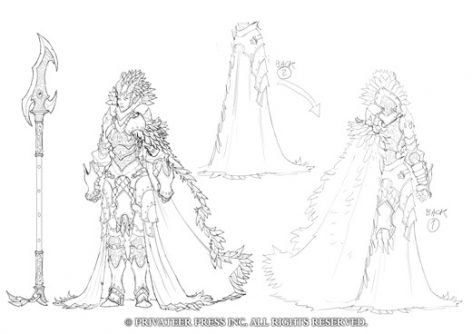 This is a bit closer, but we immediately identified some casting issues. A few other elements also needed tweaking to help bring the design together. The first task was to remove the filigree, pull the feathers off the headpiece, and thicken all straps. Because there are no set rules for spears, we decided to forget practicality and use the spearhead from spear #1, as it had the most striking silhouette. With those requested changes, we received the next sketch. Ditching the feathers made her look too much like Maleficent to me. To counter that, Matt Wilson suggested going with a half visor look, which led us to this: 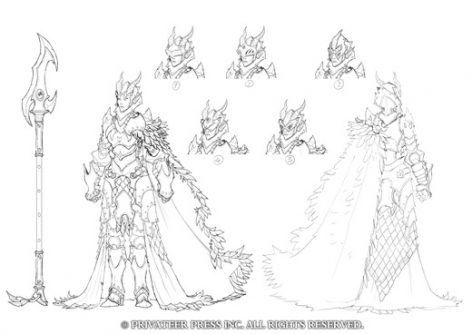 Now we’re getting somewhere! Since she doesn’t have Eyeless Sight, #2 was the winner for me. 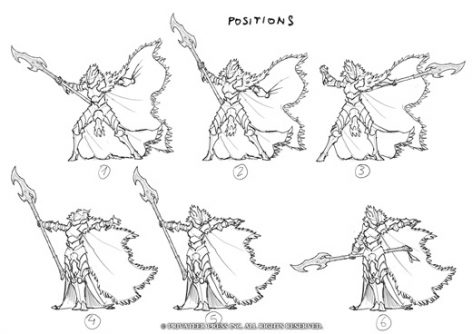 Once all of the design elements were nailed down, we had to figure out her pose. #1 was my favorite pose, and the group readily agreed. We now had the final design, so I worked with Matt DiPietro to create the final color scheme. At this point, the concept was assigned to a sculptor, who started the miniature creation process. And finally, the time had come to assign the illustration to an artist for the ultimate model entry art. 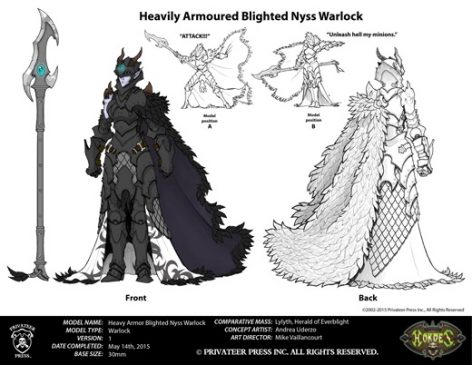 How exited are you to add this new Warcaster to your Everblight force?