The Rebels have a brand new heavy-hitter for Star Wars Armada: The Liberty!

Hey BoLS Readers! I’m joined once again by Stable Abe and we take a look at the new Capital Ship for the Rebels – The Liberty Expansion for Star Wars Armada:

Let’s just get this out of the way now – this ship hits HARD. Boasting 7 dice to the fore with ways of getting even more dice this ship puts out enough fire power to make Star Destroyers a little wary. This ship also has the most shields to the fore of any ship in the game with 5 – that screams “spearhead” like no other!

Stable Abe already has written a pair of really good run down articles you can read to get a better idea of what this ship can really do. I won’t rehash all those things here. However, I will say this: The Liberty adds a tool to the rebel arsenal that really wasn’t there before: a Big ol’ brick of damage. It’s not subtle and it’s not sneaky.

If you can catch a ship in the fore arc and a side, that ship is going to take some serious damage. The Rebels do have some hard hitting ships, but this one is the first one you can can point directly at a problem to make it go bye-bye! 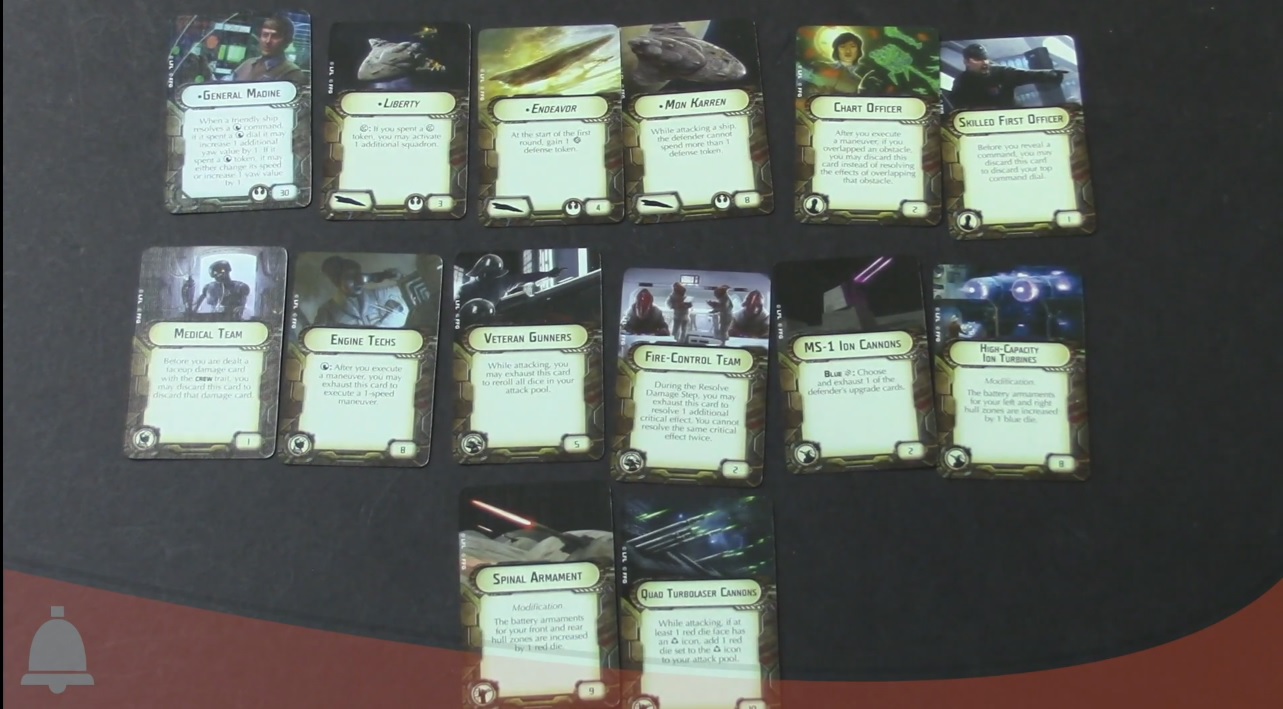 We also reviewed all the cards that are coming along with this expansion which you can see above. It’s a pretty good spread for this ship and the Rebel Fleet in general. Overall, I think this ship looks great and it can be a really mean brawler-type ship if you want to play aggressively. It’s not the best ship for maneuvers but if you’re looking for a simple “point-and-click” play style this might be a good option to try. 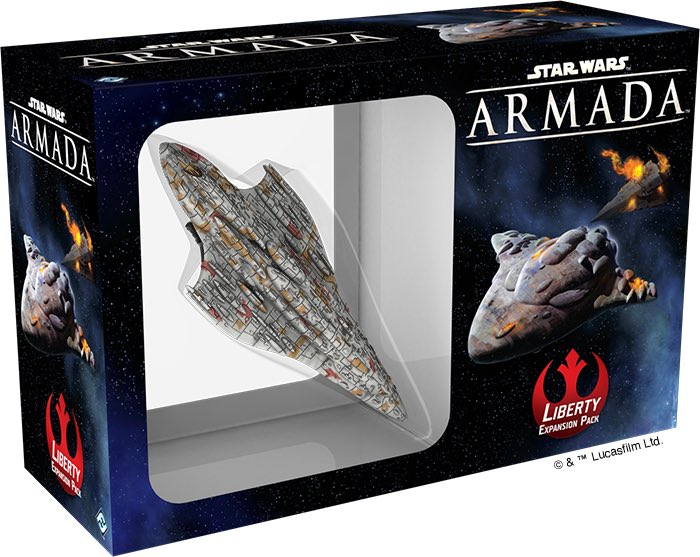