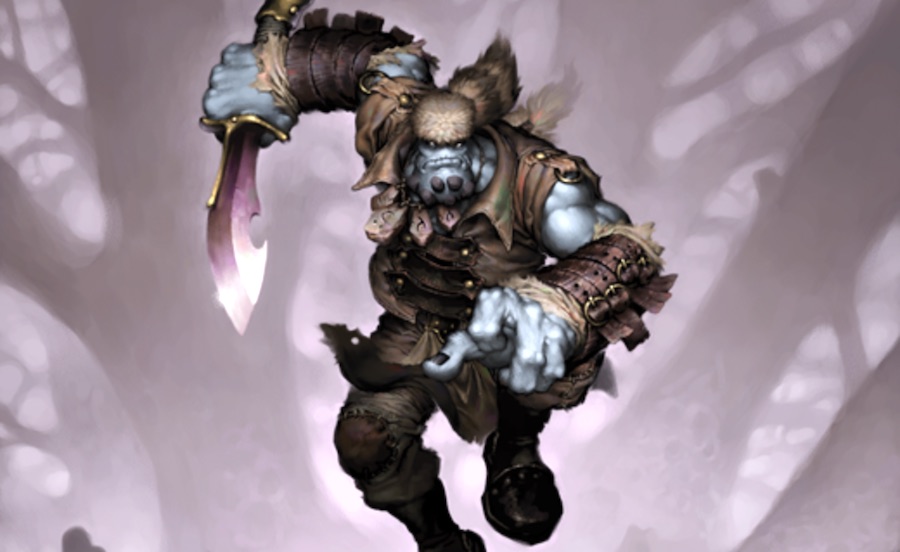 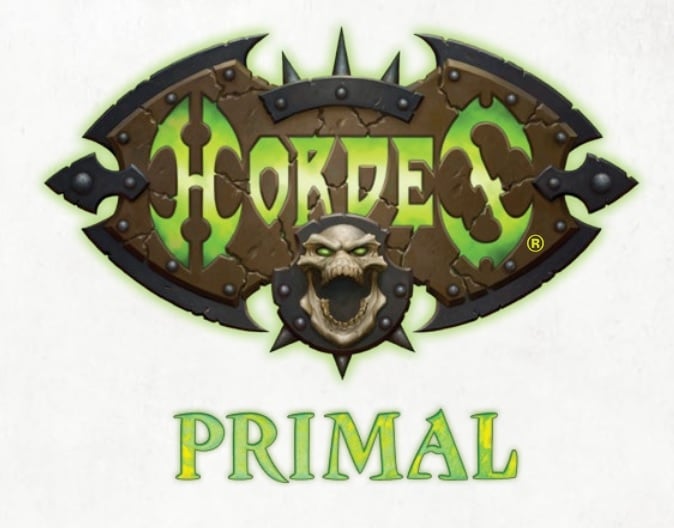 The Trollbloods is a catch-all term refering to the five main groups of troll species inhabiting Immorean: trollkin, full blood trolls, dire trolls, pygmy trolls and mountain kings. All trolls share some common physical characteristics including hairless skin which varies from light blue to grey in colour, monochromatic white eyes, rocky growths around their arms/shoulders/chins and head quills. Additionally, all Trollbloods possess incredible regenerative capabilities, which allows them to survive wounds that would kill most other creatures and can even regrow lost limbs over time. Many elder trollkin shamans accredit this healing factor as a gift from their creator deity, Dhunia. However, this rapid healing requires huge amounts of nutrients to work properly which has given the Trollbloods a reputation for voracious appetites. – Immoren Wiki

Gunny’s Jank Tank is the Trollblood force I came up with. I imagine Captain Gunnbjorn and his stalwart companions cut off from any support and fending for themselves in hostile territory. They’re out there holding key positions in a war-torn city, harrying the enemy’s supply chain, or engaging in some down-and-dirty trench warfare. Bully!

I chose Gunnbjorn because how can you not love a trollkin with a bazooka? The military look of Gunny will inform the choices for the rest of my army, as I want to create a force that moves swiftly into position to set up a forward emplacement. Looking over Gunnbjorn’s stats, I really started to think about his Field Marshal [Kill Shot] ability. Combined with Dual Attack on Dozer & Smigg and the Blitzer, this provides the opportunity for extra attacks and some tactical flexibility by allowing me to charge the enemy’s frontline while blasting the backline. His feat, Fortification—providing cover, immunity to ranged attacks, and immunity to knockdown—plays nicely into my theme and allows me to move into position on the first or second turn with no repercussion. Did I mention the bazooka? As mentioned, my battlegroup is a trio of combined-arms warbeasts that brings the fight to my foes in the form of guns and fists. The good captain would never leave home without Dozer & Smigg. I love this model. He looks like he is carrying half of the army’s supplies himself, and provides some nasty blast damage to clear out enemy models with low to moderate ARM. Bulldoze allows for some control over enemy model positioning and his Lucky Shot animus can be key in shooting a pesky solo or even an unsuspecting ’caster.

Rounding out my battlegroup is a Blitzer and a Bomber. These guys are my aggressors, furiously tearing into my enemies with claws and bullets. Whether shoving units in their maws for Snacking or ganging up on a warjack, these two provide the meat of the blitzkrieg. The animi they provide can be invaluable, as well. The Blitzer can gain Bulldoze for more control and the Bomber gives me access to Far Strike . . . for the bazooka, of course. Now, I can not rightly call this army Gunny’s Jank Tank without said tank. Enter the core inspiration for this army, the War Wagon. Seeing Archer’s version, I knew this would be a part of my build. The War Wagon is an awesome model, and will be even cooler covered in gear, ammo, supplies, and other bits. I imagine it acting as both supply vehicle and mobile artillery. The pounder cannon will give me more more board control with knockdown, not to mention a sweet POW 16. Crashing into a flank is his primary role here. With Line Breaker giving an additional die on impact attacks, Dual Attack allowing me to make ranged and melee attacks, and Momentum slamming small and medium bases, the War Wagon has become one of my favorite pieces in the game.

For units, I have taken a 5-man Slugger unit (machine guns go good with bazookas, right?) With Snipe they become RNG 14. The primary role for them is to be on the opposite flank of the War Wagon behind a rock wall near a flag or zone to take care of any infantry or light warjacks or warbeasts that get within their range. The aim bonus pushes them to an effective RAT 7, and with an average of eight POW 13 shots per turn, any light ’jack or beast will think twice about sitting in that zone. I realized I needed some meat in this force. Some real belligerent, take-and-hold, no-nonsense trolls. Enter Greygore Boomhowler & Co. I waivered for a bit here. I kept looking at Kriel Warriors, but wanted something with guns to keep with the flavor of my army. With Call of Defiance preventing the unit from losing Tough when knocked down, they are used to take scenario zones and jam up my enemy’s advance while I get in position. These guys get stuck in like an Alabama tick.

Finally, with my last 8 points I went with a pair of Skinners. These are the guides for Gunnbjorn’ s force, taking point when moving from battlefield to battlefield. And they can take out pesky solos or support elements.