It’s a tough choice admirals – should you outfit your fleet to deal more damage, or to get around pesky enemy defenses?

Taken from my reply to this thread.

ceejlekabeejle writes:
The question posed isn’t “are upgrades that target defence tokens good?”, because, as you so perceptively pointed out, that’s a bit of a no brainer.

The debate is whether focusing on negating defence tokens is a more successful means to achieve victory than simply maximising damage output.

Do you have something to contribute on that?

There’s two trains of thought here that I want to entertain and in some form, exercise:

The first form is simply: Death By a Thousand Cuts. You do a lot of small, minimal damage that adds up over time because your opponent doesn’t have any defense tokens worth spending. When he does spend, he spends for minimal investment. No one likes to spend a Brace token on say, two damage from a bomber, and the same can be said with just about everything. Defense tokens, and especially Brace, are the most coveted defense mechanisms that ships have in order for them to sustain themselves on the battlefield. Shields, hull, the only thing those numbers represent is how much damage a ship can soak before it’s gone, and therefore useless to the battle. This game, like X-Wing, has a slippery slope mechanic when it comes to dealing and applying damage. Once you start bleeding ships, your damage also decreases and thus, it becomes an expotentially more difficult time to finish the battle in your favor. Going back to the death by a thousand cuts, these are lists like swarm lists, all bomber lists and lists that predominately pick at you until you commit your defenses. 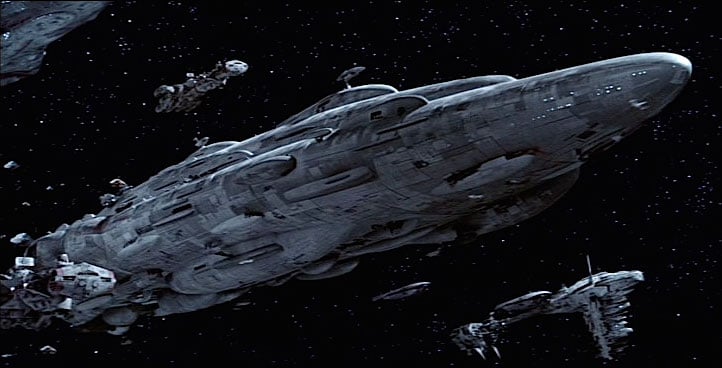 The second form is simply: The Killing Blow. You throw such a huge amount of dice that your opponent either Braces or dies (to that extent). This is your ISD-IIs, AckbarBBs and other big dice throws where their version of damage negation normally comes in the way of XI7s to push hull damage, and Intel Officer to make sure that Brace isn’t there to save you next round. In this sense, there is a much greater reliance that your opponent doesn’t have the means to defend against your attack, vs. having to feed that damage over time. That’s exactly what you should compare it to; a nuke vs. a DoT (Damage over Time), or a frog that gets slowly boiled to death vs. getting thrown in lava. In 40K terms, this is pretty much the Tau’s battle strategies of Kauyon vs. Mont’ka. 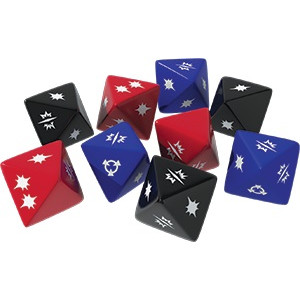 What do I prefer? I prefer both, in the same list. Let me entertain why: When you have a list that combines both of these elements, big ship/little ships, you start feeding your opponent more choices to overload the amount of strategic decisions he has coming into the battle. In a list where you pick at your opponent to death with swarms, your opponent has a mental idea of how much damage he should expect per die throw. The choices are more simple that way. Same can be said about purely big ship lists where you throw buckets of die, so they know when to be conservative and when to spend defense tokens. When you mix big ships and little ships, you start messing with how they spend their tokens: Players tend to let in more damage from the smaller vessels because they’re expecting to save themselves from the bigger ship that’s going to fire. Maybe first, maybe second, they never know as long as you control initiative. Thus turns into a battle of mind games where they have to decide whether or not to bleed to death, or having to deal with a baseball bat to the face. For example, activating a big ship first vs. smaller one will more than likely draw out Brace. If it’s gone, good, if it’s not, your opponent is much less likely to burn the token when your smaller ships fire; thus allowing you to squeeze in more damage. Dice, also plays a huge factor in this, as the larger pools of dice you throw the spikier the damage can be. This means that your opponents also can’t predict the outcome of the throw as easily as say.. throwing blues with SW-7s. Inconsistent damage be a good thing, because this means that damage can be average, or swing in a way that’s unanticipated. Sometimes this works in your favor because more attacks will be let through because they’re saving for a more dramatic effect that never comes. 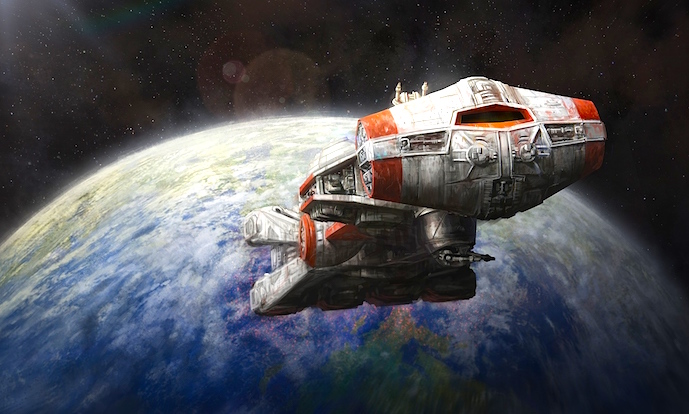 In conclusion, I like mixing both combat ideologies when constructing a list. This is why I like the fleet I’m currently using with Ackbar, one of the reasons why I like MC30/TRC90 lists (can chip, can rock face), and why I like ISD-II 3-ship lists with the Interdictor. If you look at some other lists like ISD + GSD + Fireball for example, they run similar concepts, but with a minor twist: You sneak in damage where you can get it with squadrons, and then choose whether or not to punk someone in the face. Do your opponents spend their tokens or let in free damage? Or save them for something that can punch you really hard in the face.